The number of items on my lifetime outdoor to-do list is no longer especially long, viewed from a discipline perspective.  In a few years I went far enough with mountain biking to know that continuing to progress would require many hours a week training, and involve a high probability of more concussions.  I can go the rest of my life, happily riding dirt occasionally, without ever dipping back into the serious end of the sport.  It took me a decade, beginning at 12 and peaking in my early 20s, to climb harder and better than I ever though I would, and while I actively look forward to when the kids will be old enough to really focus on climbing, my personal ambitions are satiated.  When M and I lived in Moab 15 years ago and technical canyoneering was just barely a thing I drew up a list, and while I’d really like to descend the last two canyons on that list, just like with mountain biking and climbing my interest with canyoneering has passed from learning and searching to enjoyment, and to integrating it into other endeavors.  Even backpacking, the outdoor pursuit I’ve enjoyed most, has lost the sharpness of it’s luster, with the last few years making plain that my learning curve will only continue to flatten dramatically.

I’ve got plenty left to learn, especially when it comes to whitewater boating and skiing, and a few things I’d really like to learn, such as sailing and paragliding.  Hunting will continue to provide a robust learning/entertainment curve for some time.  But one thing from my past stands out, a realm I was never able to enter fully, something with which I have profoundly unfinished business: ultrarunning.

Really long-term readers will recall the days when Bedrock & Paradox was young, I mostly was too, M and I lived in Arizona, and I tried and failed to get involved in trail ultras.

I ran cross country for one year in high school, finding it dull and too short.  My senior year of undergrad some friends got me psyched and we all entered and ran the Chicago Marathon.  It was a unique and in hindsight great experience, running through a big city with 30,000 strangers, and while I was in great shape I trained too much on trails and blew up my IT bands, full recovery from which (due to impatience, mostly) took several years.  By then we were in Arizona and in addition to the full blown mountain bike obsession I tried build back into running.  I ran the 2007 Moab Red Hot 50k, and had to limp the last half due to knee issues.  I dove into a year of yoga and strength work, went back a year later, and had the same thing happen, almost worse.  I was already registered (and had paid a lot of money and scheduled vacation for) the Coyote 2 Moons 100k in California, and out of stubborness pivoted to hiking the whole thing.

Which worked well.  19 hours and 44 minutes of hiking got me through 63 miles and a whole lot of climbing, still my longest day to date (in terms of miles).  You can read the report here, though the photos got lost in the migration to WordPress years ago.  I’ve done a few foot ultras since, and the hiking only approach consistently netted mid-pack or better on tough courses, so long as I stayed efficient and focused. 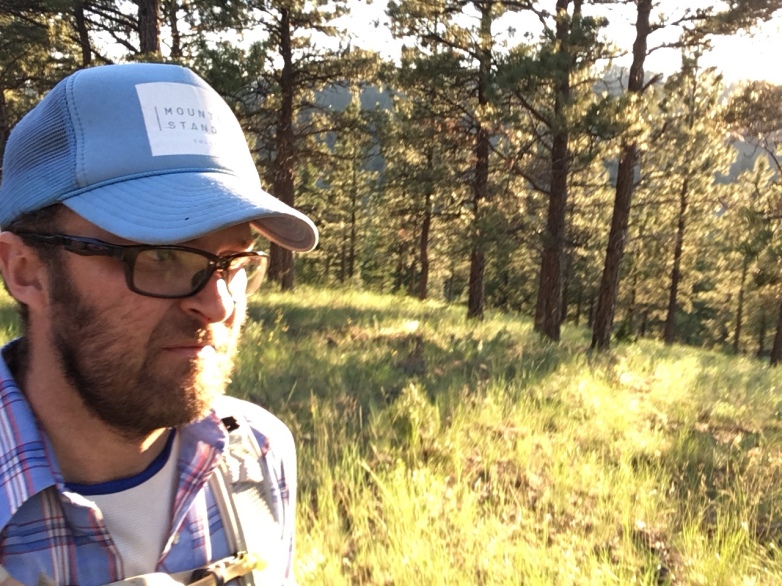 But I’ve still never done what I wanted to do many years ago; really rip a big 12+ hour day, running, on foot.  It being increasingly close to a decade since my last organized, official ultramarathon, when Mike got talking about the Moonlight on Mount Ascension 12 hour race I signed up, last minute.  The only way to get fit again is to get out there and off the couch.

This was by a very far margin the easiest trail race I’ve ever done.  Our local trails have lots of older, more fall line routes which in fitting with modern trends are systematically being replaced with more meandering routes that keep the grades well into single digits.  I’ve always made a point to start foot ultras dead last, as 99% of folks go out far too hard, but never before have I been DFL for so long, and by so much.  The 1000′ of climbing (the data used for race website overstates mileage and vertical by 30-50% for the Ascension loop) out of the gate was hardly enough for me to reel anyone in, and had me thinking about the old Dialism, that roads are for cars, trails for bikes, and off-trail for feet. 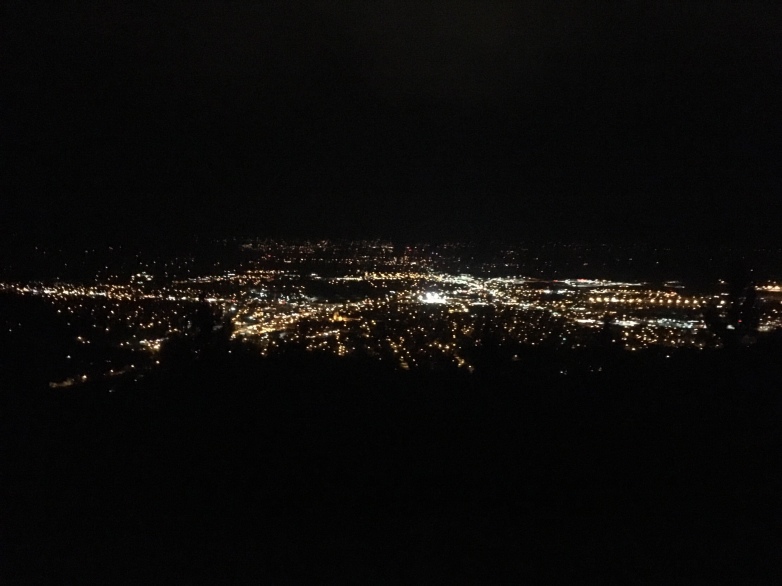 I completed a full first set of loops with no running at all, and let myself run a few of the 2-3% downhills going into the second loop.  This was fun and vastly quicker, but with no running background I was obviously going to grenade my legs if I kept that up, so I reverted to hiking.  The views of Helena were great, and night hiking familiar terrain was quite fun, but not running the gentle descents at 0100 put me to sleep fast.  So after 19 (or so) miles and 5 hours and change I bailed to the van and slept for 5.5 hours.

I was happy to sleep well, happy to wake up and hike another four mile loop in the morning, and very happy to hang out eating pancakes around the finish with everyone.  HURL put on a great race, low-key and organized where it counted.  I was not pleased to be reminded how just how long I’ve wanted to do real trail running, and not succeeded.  So working on that is yet another project.