M turned __ this past Saturday. She got a pair of trekking poles and the best backpack in Glacier. 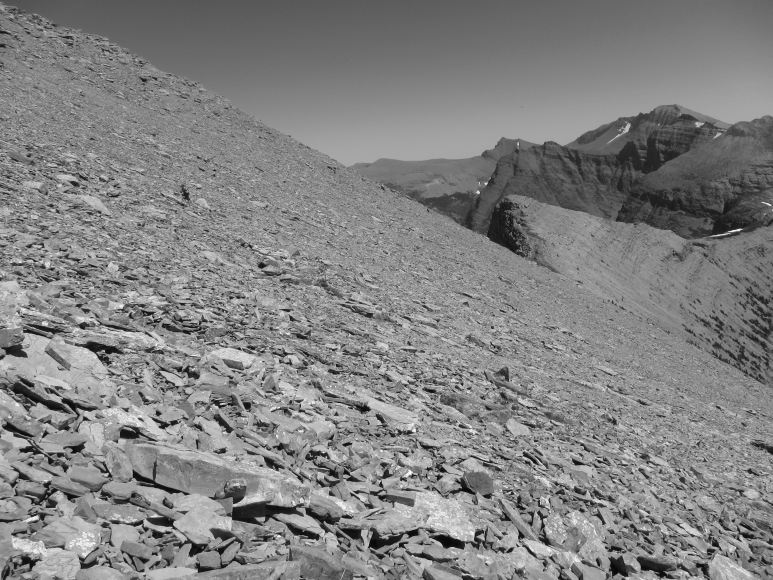 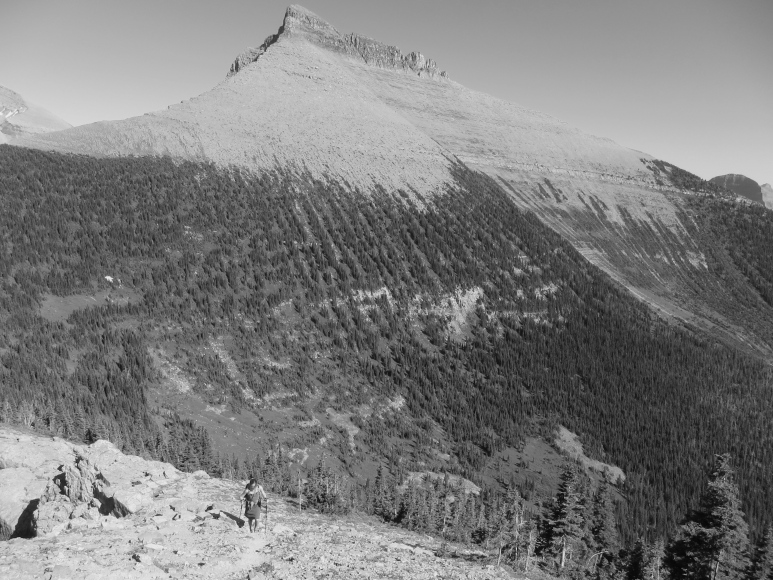 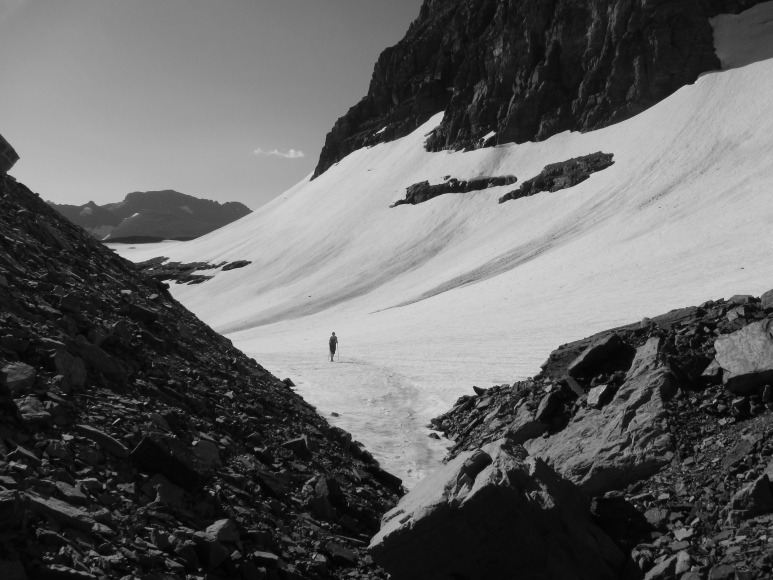 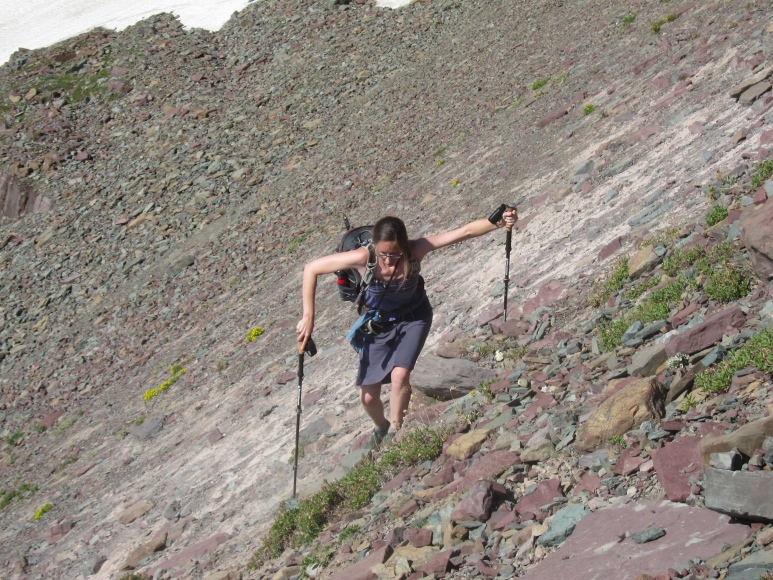 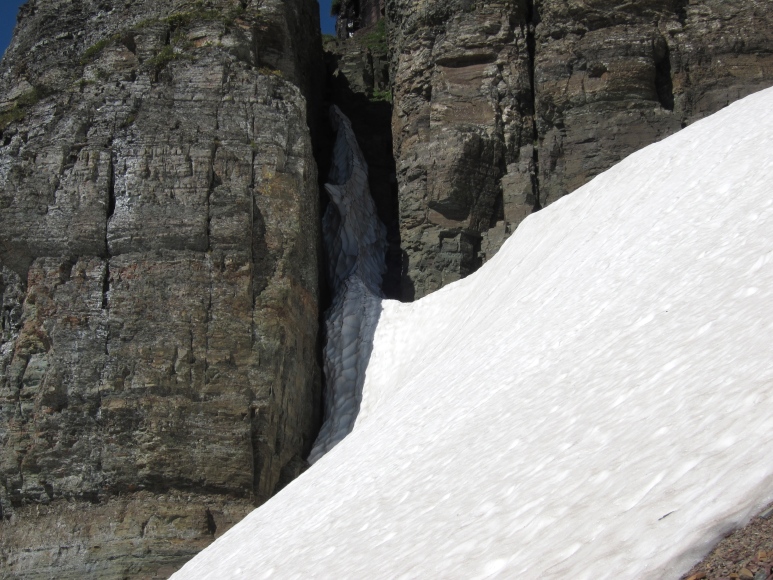 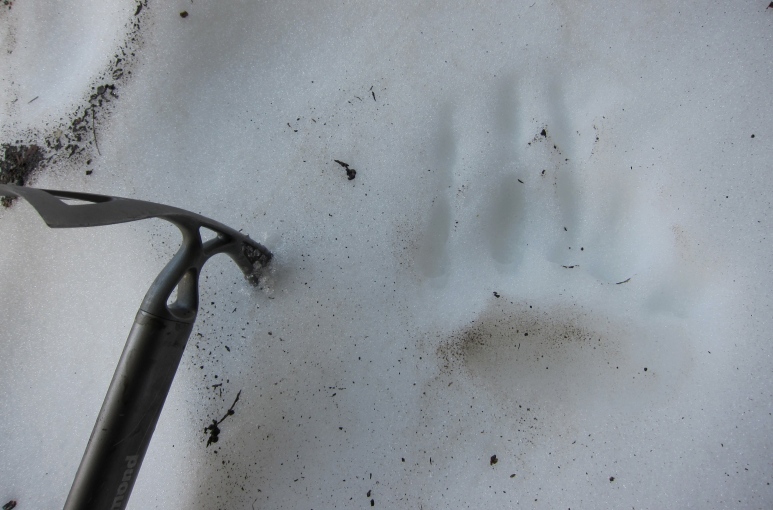 The crux of the route, up a hidden gully through the cliffs, is worth worrying about this early in the summer.  We needed the axes we carried.  Offwidthing between ice and rock up the left side didn’t seem like such a good idea, so I cut steps up to the moat, where we were able to sneak around and up the right (top photo) side of the fin stuffed in the gully.  Where we found recent Grizzly tracks.  Right below were M is, above.  The Honey Badger has nothing on Grizz. 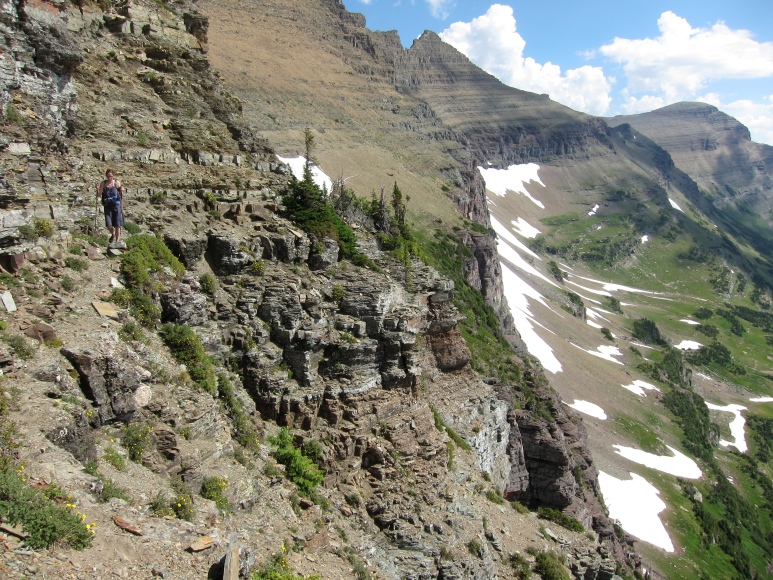 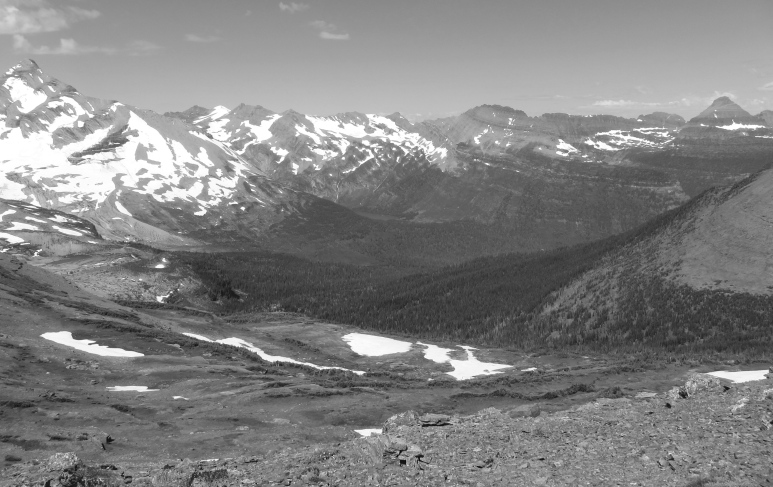 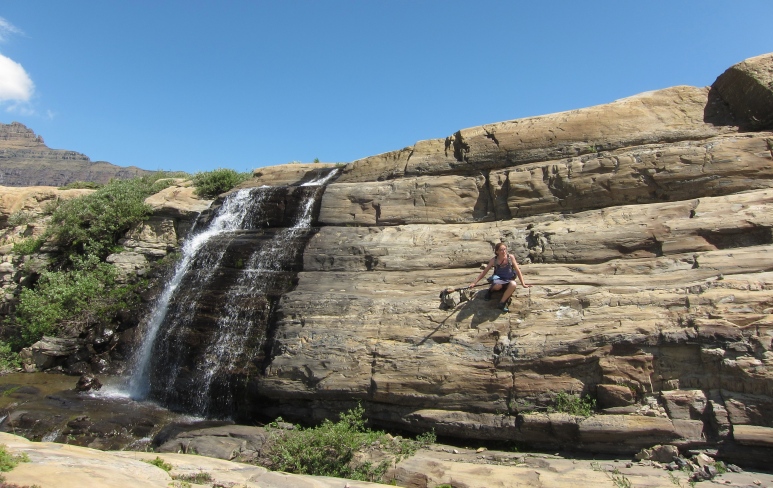 Pass to lake time on this trip, including a camp in the middle, was 28 hours.  I’m not the most patient hiking partner, and in spite of promises to myself to behave, I got snippy with M and her frequent stops to take pictures of flowers.  Going at an irregular pace makes micro route finding a lot less efficient, or at least it seems that way.  By the end of the last day we were both full up of having to pay constant attention to every footfall.  It was odd then, sitting by the lake with only 6 miles of trail to go, when I did the math and realized that my time last year, going the opposite direction and also with one camp, was 25 hours.  I guess it is all in the mind, and I should complain less about other people being slow.

A note on shoes:  This traverse has just about everything, with the southern end being loaded with a particularly nasty blend of scree and talus.  I went back and forth on footwear, and in spite of planning on having a ~30 pound pack at the start (all our food and 6.5 liters of water for a dry stretch) went with X Countrys.  M, who has sick-strong feet and a hard time finding hiking shoes she likes, wore Trail Gloves.  My feet were tired at the car last night, but feel great today.  Had I worn a stiffer pair of approach shoes some sections of talus, and certainly the snow, would have been more secure and faster, but foot fatigue would ultimately have been greater.  Of course, I need to go aquaseal some holes shut now.