Where Bears are Spotted

There have been many occasions over the last three years when I’ve thought about counting all the trees in the Bob.

Chatting with the guys at RMO the other day I repeated for the upteenth time, to myself and others, that one of the greatest virtues of packrafting in these parts is getting you out of the forested-in trails along valley bottoms and out in the middle of streams and lakes, where you can see things better.  A lot of the most multifaceted, spectacular valleys in the Glacier/Bob complex, like the Waterton and Middle Mokowanis, are only visible occasionally from the trail.  In a boat you can see things well and constantly, at least when looking around won’t immediately get you stuck on a rock. 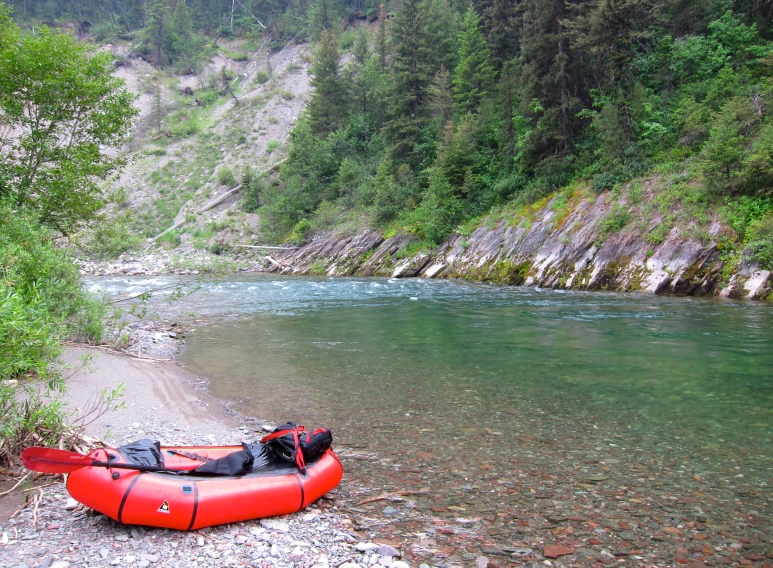 I have a long list of rivers and creeks still to paddle in the Crown ecosystem (and that’s not counting Canada).  I have a rather shorter list of waterways which I think have a good chance of not being manky woodfests.  Yesterday the river at the top, the Spotted Bear from Dean Creek to the South Fork, got checked off.

The bike shuttle in the morning confirmed that my cratering and having to walk last year was somewhat justified: there’s a lot of climbing on the Spotted Bear road.

The above pack is the latest day-and-a-half iteration.  Key feature for both functionality and simplicity: full side zip.  Good for skiing, as it keeps the snow off the back panel, and for rafting, as you can lash your pack on and get into it while floating.

Gorgeous out there; the “Great” is not really necessary.  No bears seen, as they’re likely smart enough to be hanging out way up high.

There was just enough water right at Dean Creek (above), and the float back to the South Fork river access took five hours.  I had to get out and carry twice, once for a log in the lower reaches, and once at the seived-out and shallow Spotted Bear Falls.  Mostly the whole float was fun, engaging, and fantastic.

As seem to be usual in this part of the Bob, there were a few places like the above where you have to pull over, stand around, and pinch yourself. 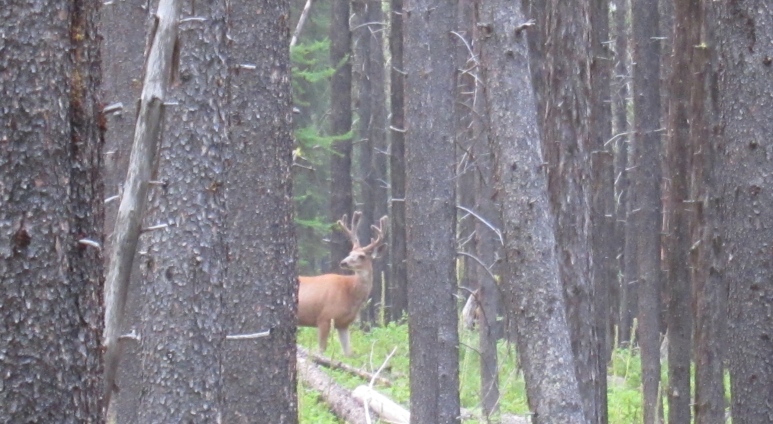 3 responses to “Where Bears are Spotted”