The kid is due in just a little over two months, which means that life is already unalterably different, and that the rules of engagement have already changed.  As a matter of course M is now carrying around the equivalent of the heavist pack she’s ever had on a trip (which is not necessarily saying much as I carry most of the stuff anyway).  Last week I realized that the number of weekends until prudence would keep us close to home and the hospital were few, so I declared a last-minute vacation, took a day off, booked a cabin, and threw a bunch of stuff in the car for a few days in Yellowstone. 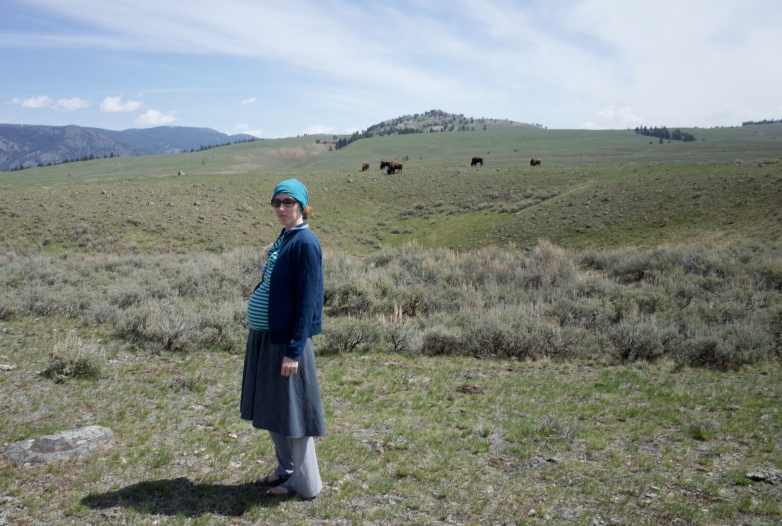 Hikes were limited to 3 or so miles.  Thankfully the weather was flawless and an early spring had greened up even the higher river valleys, making the animals abundant, obvious, and from an outsiders view, profoundly happy.  We saw elk, whitetail and mule deer, bighorns, pronghorns, a large and glossy black black bear, and what seemed like close to a third of approximately 3000 bison which live in the park; as well a mallards, canada geese, an unusual number of very vocal sandhill cranes, and countless smaller and less singular birds, most of whose names I have in my haste and indifference never bothered to learn.

The first day we spent on the Blacktail Plateau and in the Lamar Valley, where you were hard pressed to look in any one direction for more than 10 seconds without noticing bison somewhere.  Curiously, we saw almost no calves. 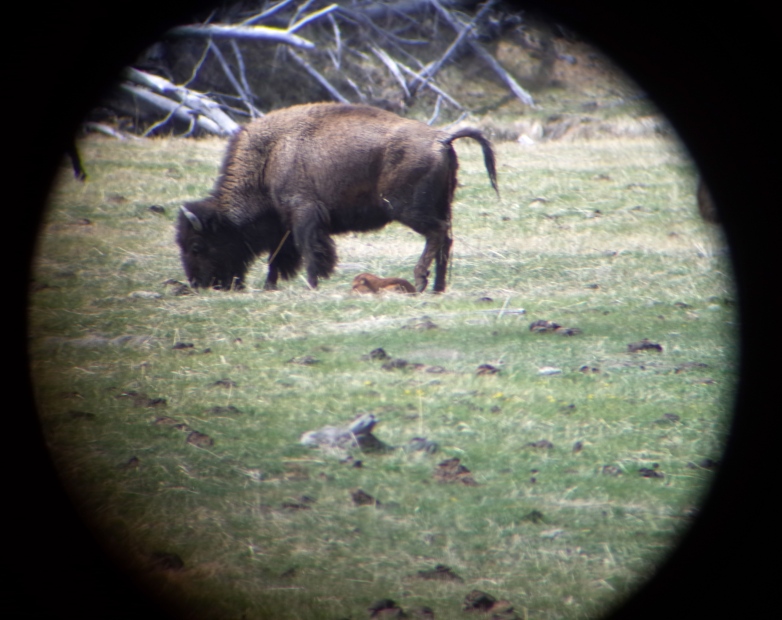 The answer presented itself the next day, driving in along the Madison River.  We pulled over to put the spotting scope on a few little orangish-tan patches bedded in the grass, sure signs of bison calves.  M then noticed a smaller light lump, the above calf, who was unable to stand and upon examination at 30x had obviously (umbilical cord) just been born.  Mom gave it a few licks and nudges, which prompted it to wobble up on stilt-like legs.

Soon enough the family came over to say hello and give encouragement, and the newest bison in Yellowstone (for the next ten minutes at least) was part of the herd. 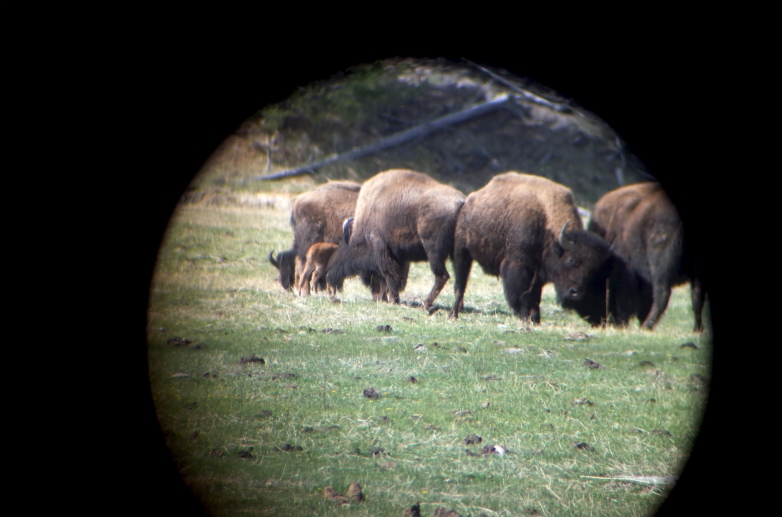 The rest of the day was given over to touristing.  We’ve both been to all the easily accessible sights, overlooks, and boardwalks, and while the infrastructure can tend to frame all those things in a way which disguises it, on a good day the wonder of the place trips you in mid-stride and rudely rubs your face with a place whose stature defies language and often, understanding. 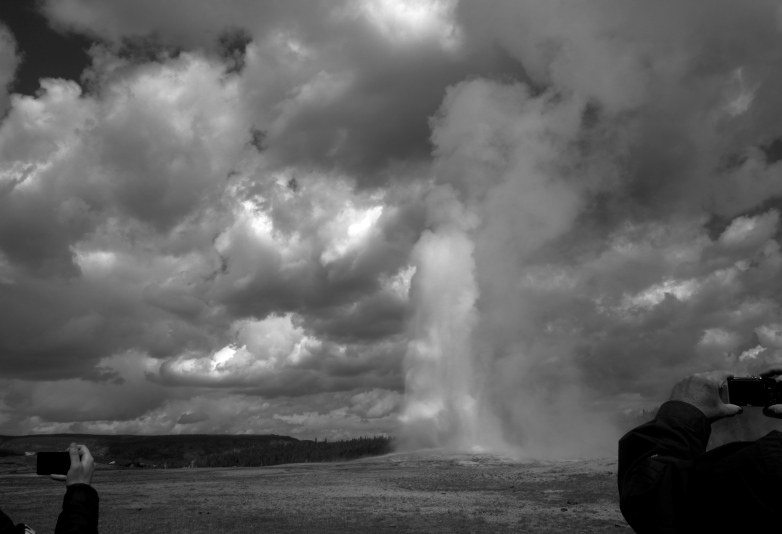 I can’t speak for Canada and Alaska, but I can say definitively and with absolute certainty that the heart of North American in the lower 48 is Yellowstone.  Geographically, hydrologically, epistemologically, and spiritually.

It is, naturally, my favorite National Park, just like bison are my favorite animal.  The kids’ in utero country count stands at 3 (NZ, AU, USA) and park count at 4 (Grand Canyon, Zion, Glacier, Yellowstone).  There are a lot of years to come to work on both, as well as the numerous NPS units I’ve yet to visit myself.

Today, we’re both enjoying the weeks with anticipatory leisure, and deeply looking forward to what it to come.  I know it’s the sort of thing that can never be told to you in way that you’ll hear (or maybe I’m unusually deaf in my obstinance), but I keep wondering why no one every told us how enjoyable and satisfying pregnancy would be, how good it will be for us and our marriage.  And presumably the good part is still to come.