The DY Special: on the water

It is an easy cliche that gear matters less than will when it comes to executing a given outdoor activity, one whose heart is in the right, but ignores many practical details.  We now have eight boats on the premises, but neither the four packrafts nor the whitewater canoe nor the freightor canoe nor the sit on top kids kayak do well in winds and big water.  This past weekend I was anxious, first to get the DY Special on the water before the current storm rolled in, and then, because I was on the water while the storm was 10 miles across the valley marching towards me, and I was taking my first strokes in a beam wind and 2 foot wind swells.  Fortunately the DY Special knifes through such conditions, holds glide in a way uncanny to someone like me who has never paddling anything so fast, and has a sliding seat that adjust trims (and thus neutralizing weathercocking) almost without missing a stroke.  Also fortunately, I wore a drysuit, and was thus only somewhat scared when spearing a powerboat wake splashed straight over the bow. 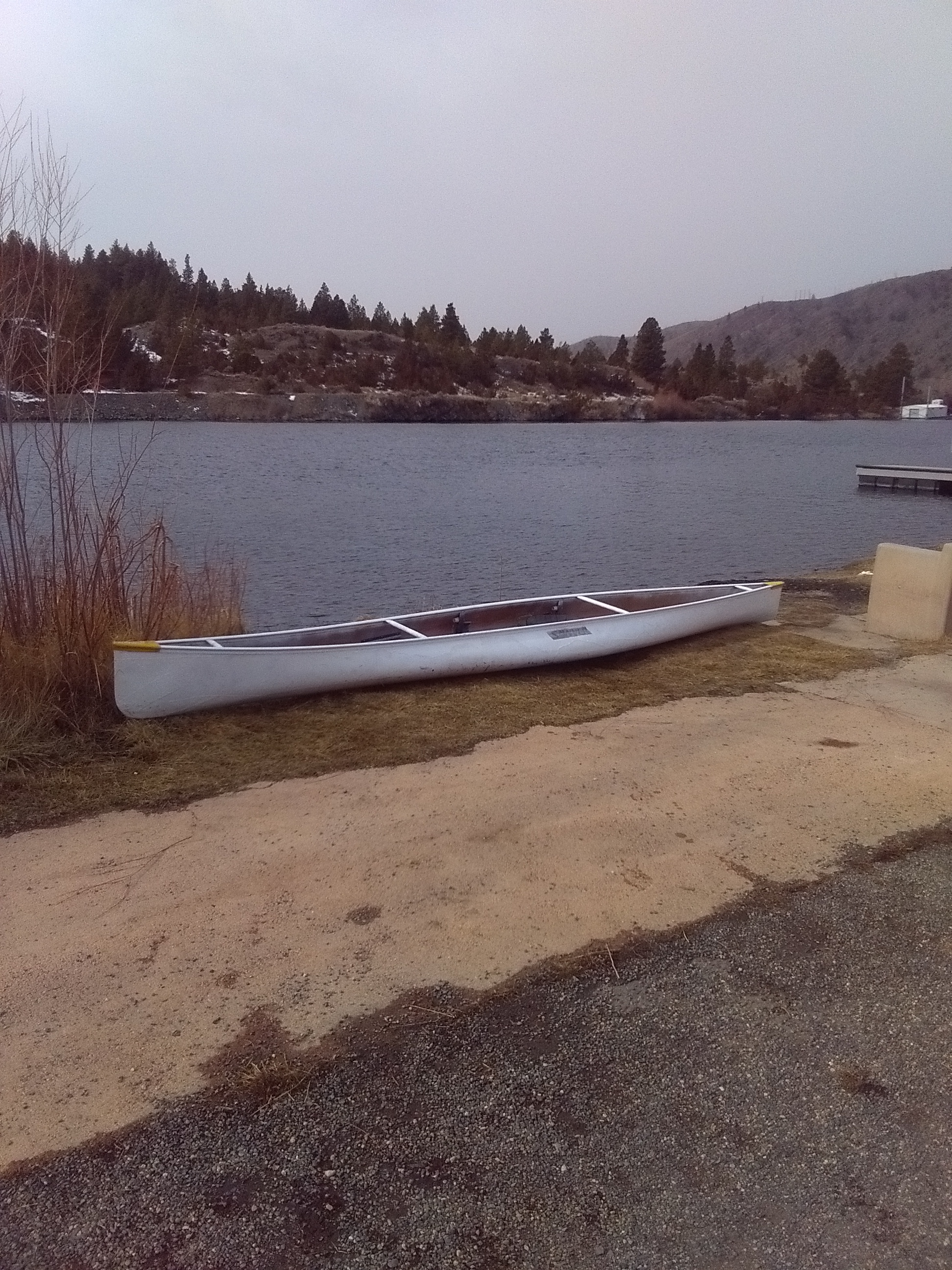 I was profundly nervous as the weekend started.  Some mistakes in the past month of composite work had the canoe not quite as I wanted it, at least aesthetically, and hopes for the appearance and a firm end to the project were thoroughly mixed up with my worries that, after so many hours of work, and more importantly, hours of hope, would not work out as I wanted.  Saturday saw a bunch of finish work, sanding and painting, while Sunday morning saw the canoe finally coming home down the hill, the deck plates and seat hurridly installed, and the canoe put back on the roof rack with almost shaking hands.  I had made mistakes, but would any of those impact things when on the water.

The first mistake was mild, and understandable, which was to commit to not pulling off the gunnels at any point in the restoration.  In hindsight, the way to go would have been doing the laminations along the bottom of the hull, and likely wrapping up fairly far on the bow and stern, letting that cure completely before drilling out all the rivets and finishing the upper lamination work and final fill coats of epoxy, while also painting the gunnels and thwarts off the boat.  And I might still do this.  As is, I wasn’t sure the bottom lamination would be enough to maintain the structure, and in the course of running out of epoxy resin tried to work the last bits towards the gunnels.  This caused two issues; the first being drips which ran under the tape, dried on the gunnels, and had to be sanded off, the second being the innegra wicking epoxy into the flaps I didn’t get laminated to the tumblehome.  This cloth, with cured epoxy in it, would be then be glued to the hull, and I had to trim these bits off and sand them down.  The result of all that, and of my deciding to add layers to the bow and stern at the last minute, has the whole thing looking far rougher than I would like.  I tried to hide this, to an extent, by painting the boat above the waterline, but that does not go very far in this cause. 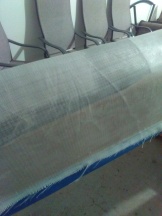 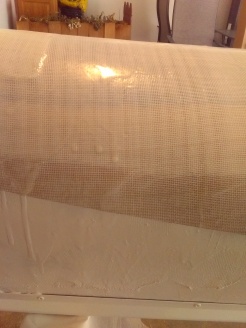 I had plenty of other mistakes, mainly centered around not trimming the innegra cloth and melting the edges to prevent fliers.  Plenty of these bits of evidence, of my novice epoxy work, and preserved for the life of the boat, which is fine.  As mentioned, in the future I may well pull the gunnels, and finish the top half of the boat in a more definitive fashion.  But for the moment, everything is structurally sound, and ready to paddle.

And does it ever paddle.  I’m deeply excited for winter to turn enough that more water will thaw, and I can really get to know the DY Special.  My sense is I’ll be able to push it very far, in many directions.  On the first paddle it was disorienting how far it performs from anything else I’ve known, the seeming fundamental indifference to crosswinds the most prominent factor, and the profound reluctance to turn being the second most.  I’m sure confidence will improve the later, but it seems that 17 feet of hull in the water, no matter how you lean, will only allow for so much.  Most importantly, the DY Special turned an unpaddleable day in any of our other boats into a routine workout, or what will be, when I can further relax.  A good snowpack is a prerequisite for an ideal boating season, but I’m rather anxious for skiing to move along, and the rivers to come up.

One response to “The DY Special: on the water”