Sally, ranger extraordinaire, can pick out Glacier NP summits from 50 miles away, with ease, but had never been far inside the Bob. Sunny, and little snow, said she. Sun River, said I.

Everything in Montana is far away from everything else, a fact no helped by my lazy road-finding which had us driving 15 mph on a rough dirt road late into the evening, when the other way was very well graded gravel. Alas. Thankfully not a sign of things to come.

The (Rocky Mountain) Front at Gibson Reservoir is a mind-bending assemblage of limestone reefs, ridges running starkly north to south for miles, strata tilted 45 degrees into the sky by mountain building. The dam is wedged across a narrow break in one reef, a weakness exploited by the Sun River in a more innocent era, no doubt. The result is not unlike Lake Powell in vibe, if not scale: that the unique, incongruous lake is beautiful is made all the more dangerous by the violence hidden under the surface. In this case, 7 of the greatest river miles in the Bob must have been drowned when the gates closed in 1929.

Our first day was mixed overcast, with a bit of wind and frequent attempts on the part of the heavens to snow. None were especially successful, and we enjoyed the chill but pleasant conditions and, once we got 8+ miles back, prodigious herds of wildlife. Every one of the 100+ elk we saw ran for it at first wind of us, a major contrast to national park elk, who are quite unintentionally disneyfied by constant human exposure and no hunting pressure.

The day wore on, with the clouds high enough to unveil that massive valley we were walking up, but only hint at the big mountains on all sides. Eventually it got cold, our feet got tired, and we were ready to make camp when there was still an absurd amount of daylight remaining. Hiking up from big meadow into burnt forest, we continued higher and found a mossy, chill microclimate with live trees and no risk of wind toppled trees. We made soup, dinner, got chased around the fire by shifting smoke, and enjoyed alternate moments of conversation and silence which are the specific province of minutes finely chewed far away from roads. 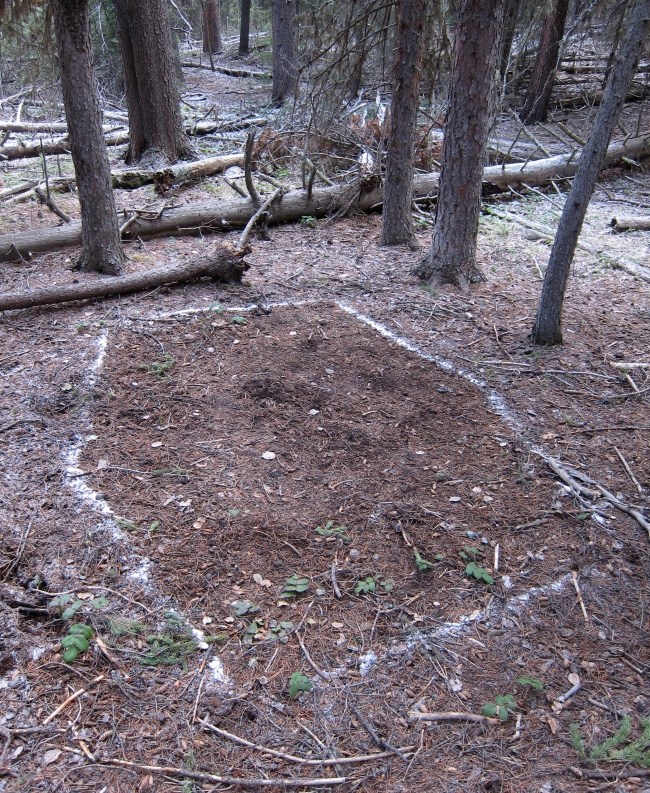 Sally was not impressed that the tent I brought didn’t have a floor.  We didn’t get water or snow inside, but that didn’t seem like enough to convert her.

We slept well and long, and woke to evidence of things not seen in the night. Walking up into the rocky uplands, hearing pikas squeaking off in the talus, I expected orcs to attack from the old trees at any moment. Fending them off would have been the only good to which our axes could have been put; the snow levels were astoundingly high for this time of year.

The climbing sun burned away the clouds, and the high point of our trip coincided nicely with blue sky, fat clouds, and far views. 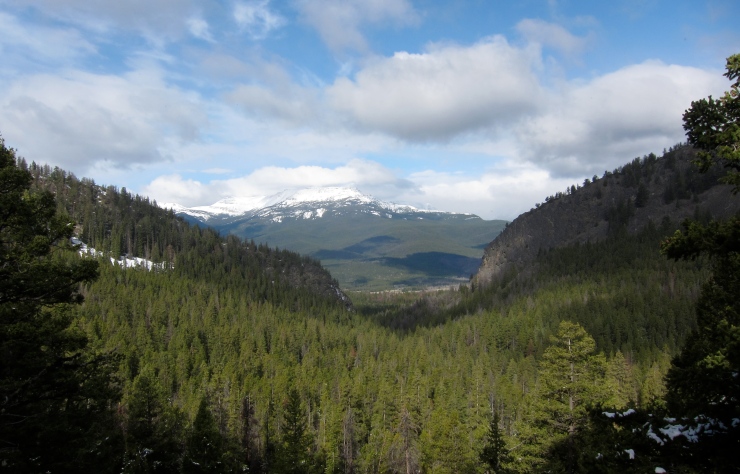 Sally, the interpreter and naturalist, is also more of a patient hiker than I am. I was scolded on several occasions for passing by flowers, usually because I was looking off ahead at the time.

The following is, I’m told, a Prairie somethingerother. 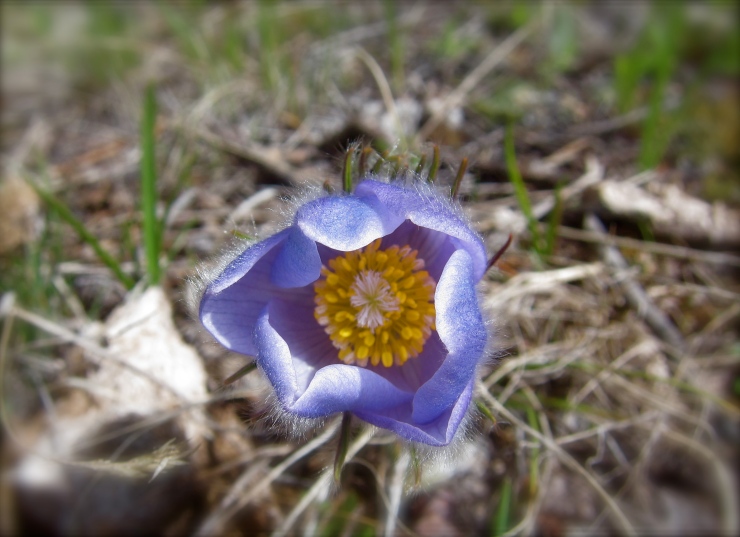 And then it was time to go home, in stages. First, retracing our steps in the opposite direction.  Next, driving back to the highway the easy way.  The inevitable was delayed by burgers and beer in Augusta, but soon enough it was dark and we were back home.  It’s not supposed to be easy, this switching of worlds.  It wouldn’t be so rewarding if it were. 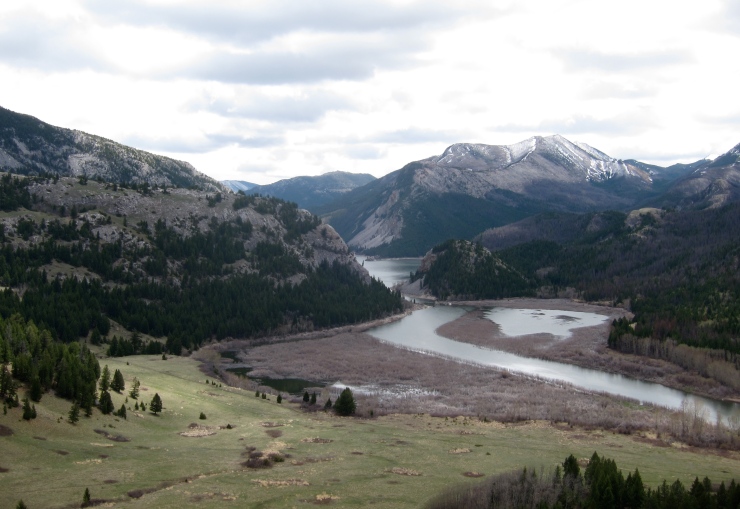