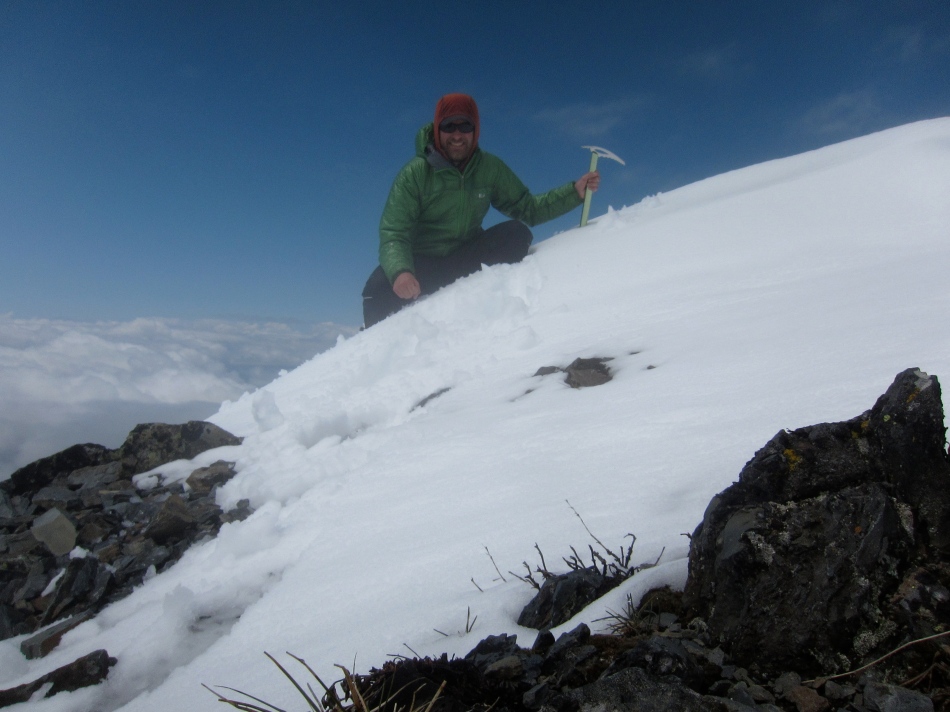 The Camp Corsa is light.  10oz flat in 70cm. It self-arrests and belays pretty well. If that is all you need in an axe, which is to say you’ll carry it a lot, use it occasionally, and climb with it hardly at all, then the Corsa will suit you well. If you plan on climbing with it, which might include cutting steps or self-belaying in any position other than piolet canne, you will want a different (real?) ice axe. 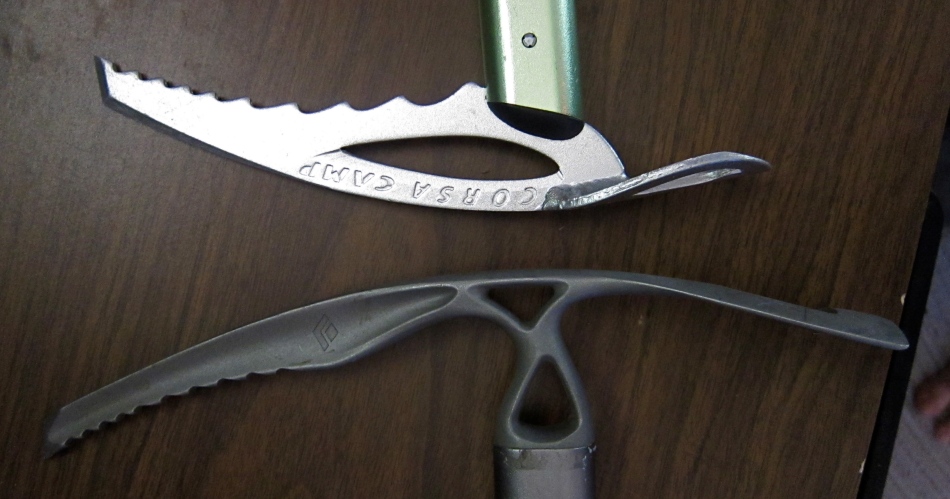 Fixing any of the shortcomings of the axe would require adding weight.  See the difference between the pick and adze of the Corsa, above, and the Black Diamond Raven.  The short Corsa pick doesn’t self-arrest any worse, but the lack of length and thickness does mean that the Corsa hardly works in piolet ancre.  Rather than locking, the pick shears out.  The adze is also useless, save as a hand rest or for digging catholes.  The lack of heft in the axe is part of the problem, but the shape shows that for Camp this part of the tool is largely vestigial.  You could clip in to the head of the Corsa, but if you’re ever in that position you’ve done something wrong.

A good rule of thumb is that if you’ll be wearing a harness, you should have something else in hand. 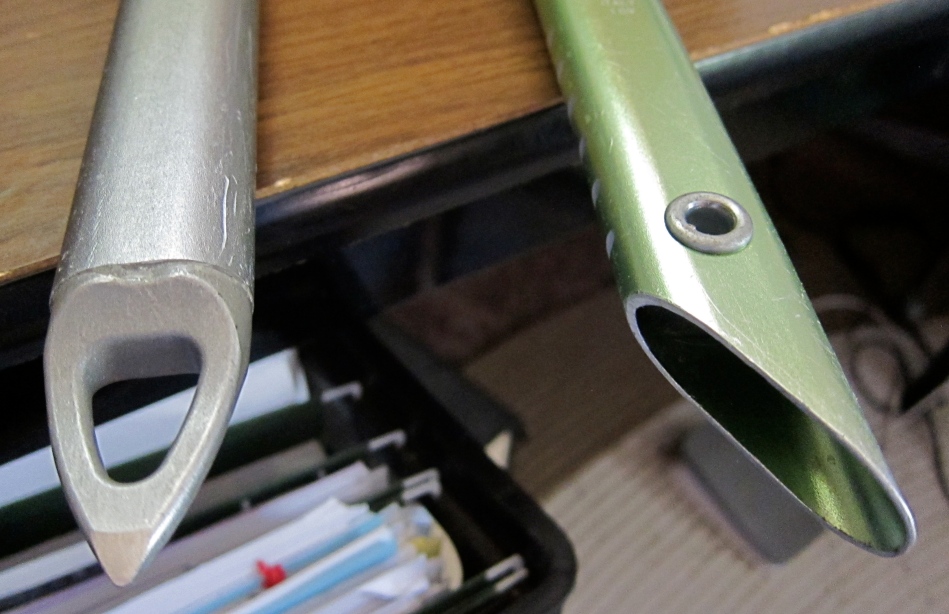 The spike of the Corsa, again compared with the Raven, is meant to save weight. For dragging while glissading it works dandy. For plunging in softer snow the simple design is quite adequate. When plunging in harder snows you’ll have to work pretty hard, in conditions where the Raven penetrates easily.  Sharpening the aluminium helps, but that job will dull quickly.  No clip in point for the Corsa, obviously.

The Corsa claims to be the lightest certified ice axe on the planet, and as of this writing that is the case.  It fulfills its spec admirably.  The question to ask is whether the weight savings are for you worth the price and performance compromises.  While fine for most of what I do, my answer on the last count is no.  I’m selling the Corsa, and will replace it with another Raven.

Backpacking, Climbing, Tech
← Krupikachu and Geargal, together at last
→ The Shallow Abyss