First I went bear hunting, and then we went backpacking. 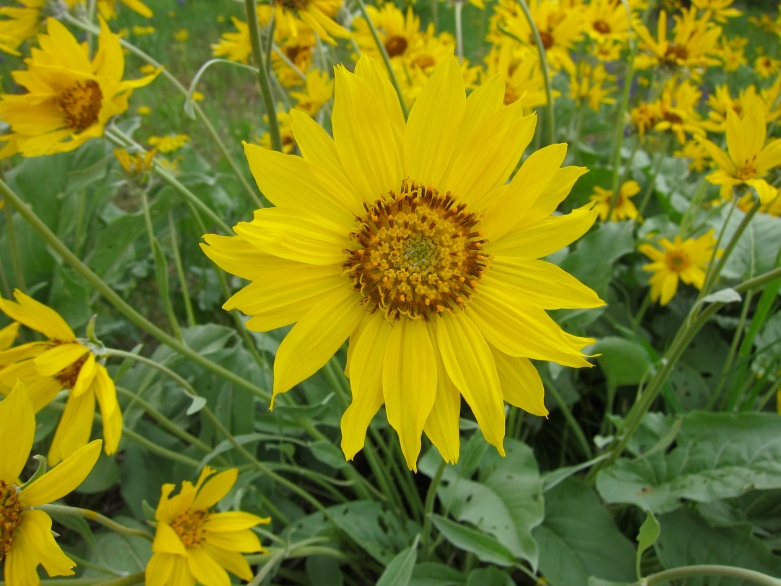 June is when a low level of panic begins to set in.  Do the math and you realize that the weekends between today and the first fall storm are few, not nearly enough for half the things on the list.  But right not the streams are high and the snow remains. 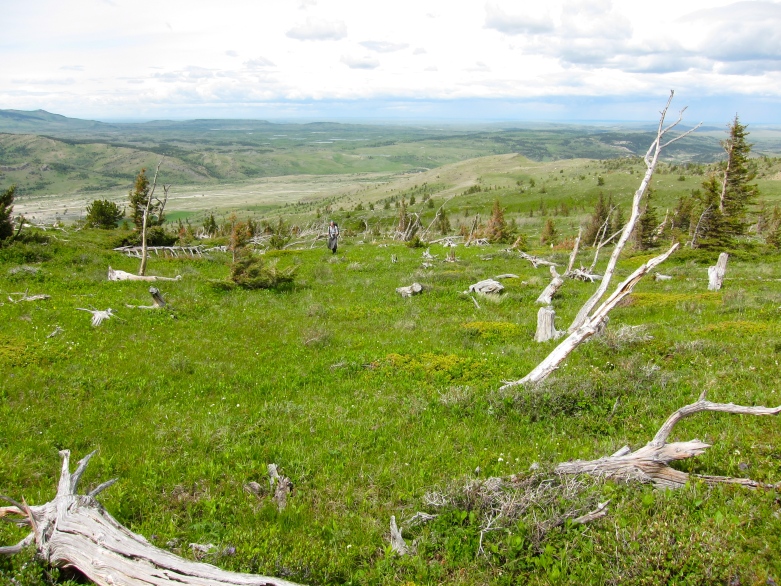 The correct answer, the only answer, is to go anyway, which quickly reminds you of two things: there is an infinite number of corners within a two hour drive, and even with all the leisure time that never-to-be-purchased lottery ticket would afford, you still wouldn’t have enough time to see it all.  Let alone comprehend it.  Summer mania in northern locales can quickly lead to a logic like chasing premuim sushi with copious laxatives: you do taste it, but it’s not doing you much good.

Climbing up towards the top of the front, both M and I were tired.  In the name of pacing ourselves, and in not having to XC through a rippling hillside of dark timber, we took a sheep trail up to the top of the reef, walked the top, traversed to the pass, and made camp by the trail we’d take back the next morning. 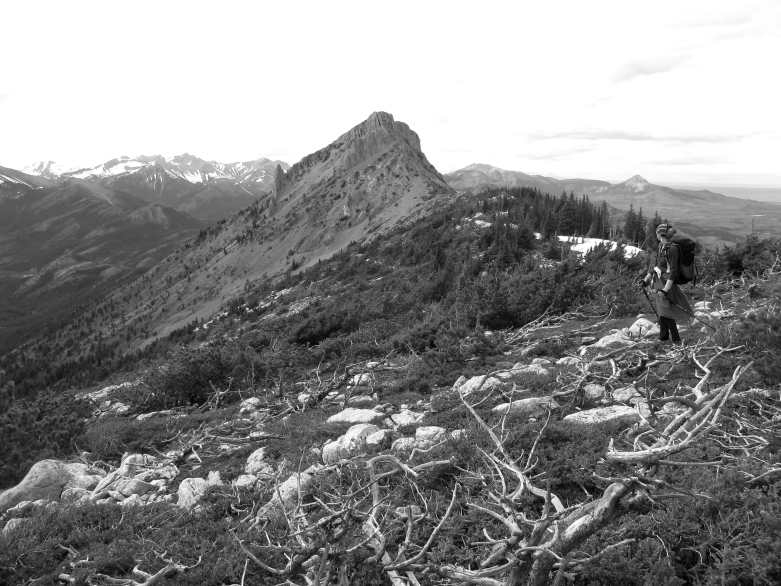 The loop would be cut short, and with any luck we’d make it back to the Two Med Grill tomorrow morning before they stopped serving breakfast.

These days I’d rather walk 1 mile on ridge and talus and tundra than 5 on any trail I can remember.

One of the reasons we came east was to avoid as much rain as possible, which had worked, but as twilight built layercake midwestern thunderstorms grew over the plains.  One rammed up against the reef, now between our tent and the prairie, and made a slow raking pass out of the days of fighting sail.  Thunder boomed out of sight, and fingers of cloud were stuffed through low points on the ridge. 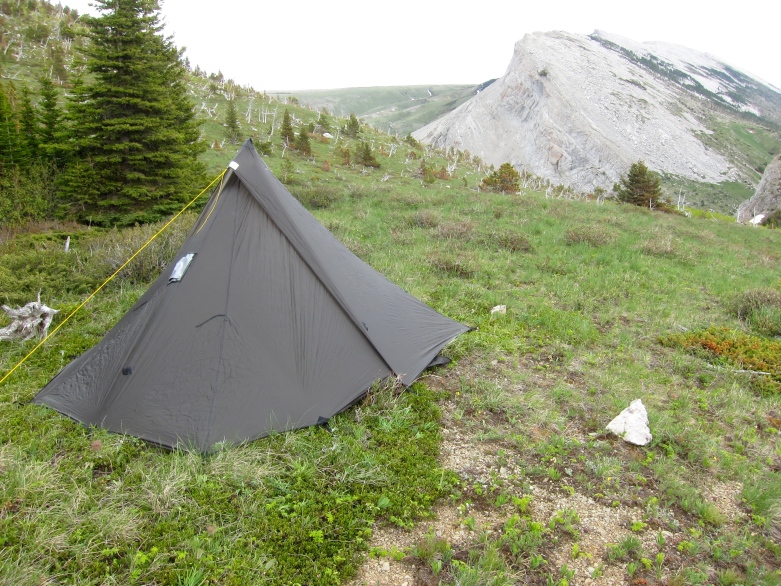 It was dark and we were asleep by the time some weather made it over us, but our silnylon fortress was inpenetrable, and we went back to sleep, comfortably enveloped in noise.

All that was left come morning was to break the ice crusting the seep, boil water for coffee, and pack up.  We made second breakfast back in civilization right on time.

Another weekend with no more point than itself.