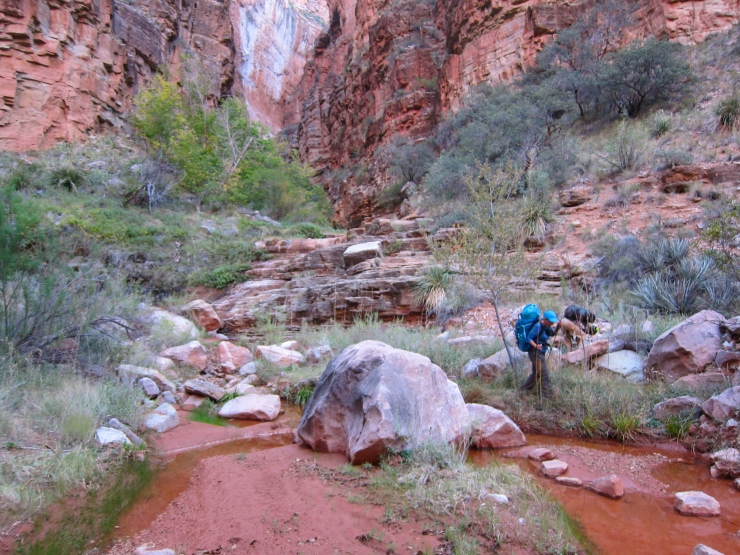 The oases within the Grand Canyon are formidable, vibrant and tenacious against vast backdrops. We woke up in the middle of a particularly bright one, right at the mouth of Timp Canyon. 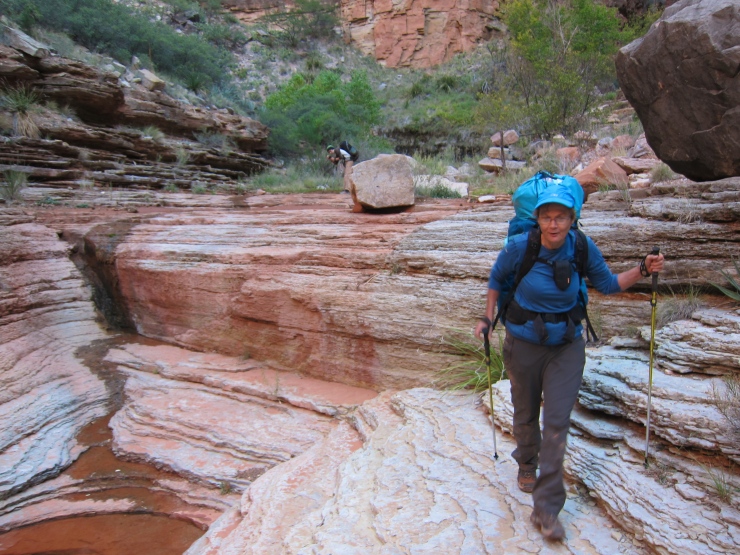 Water ran fast for a mile or so. Signs of wildlife were regular, including lots of ringtail tracks. 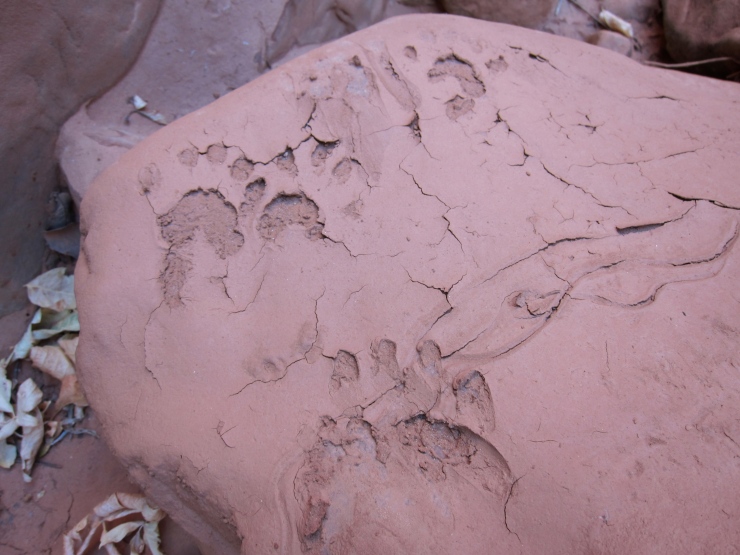 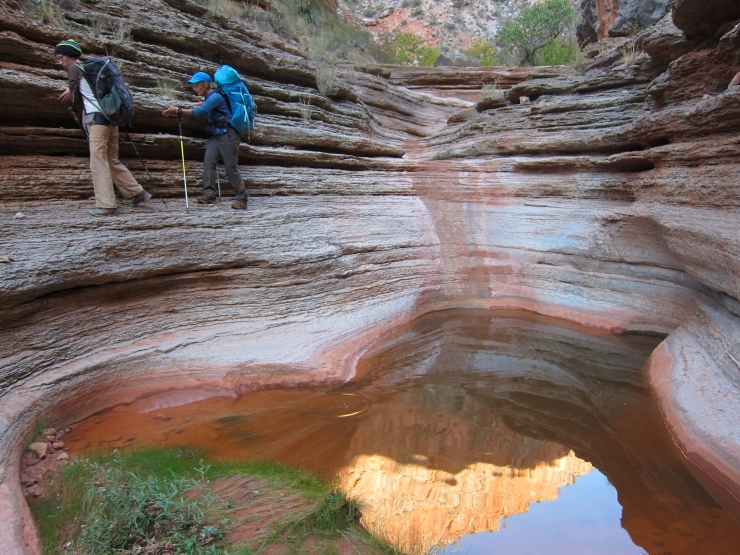 There were a few puzzles to solve in the remaining rock layers before the drainage broadened and gave way to boulder hopping. 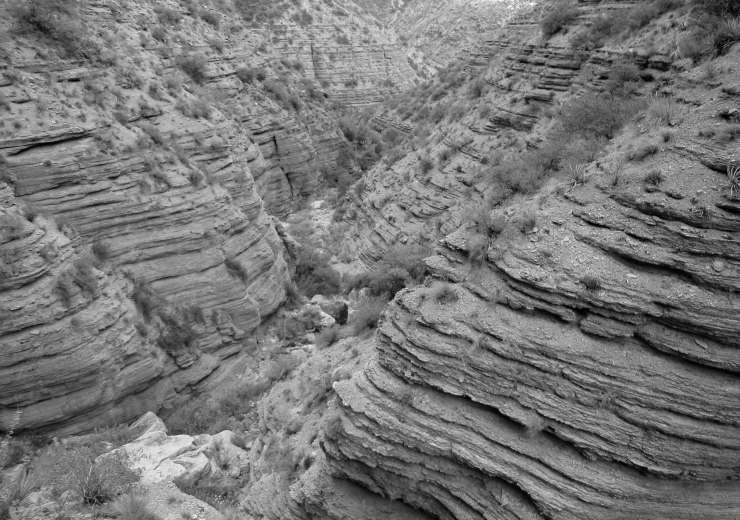 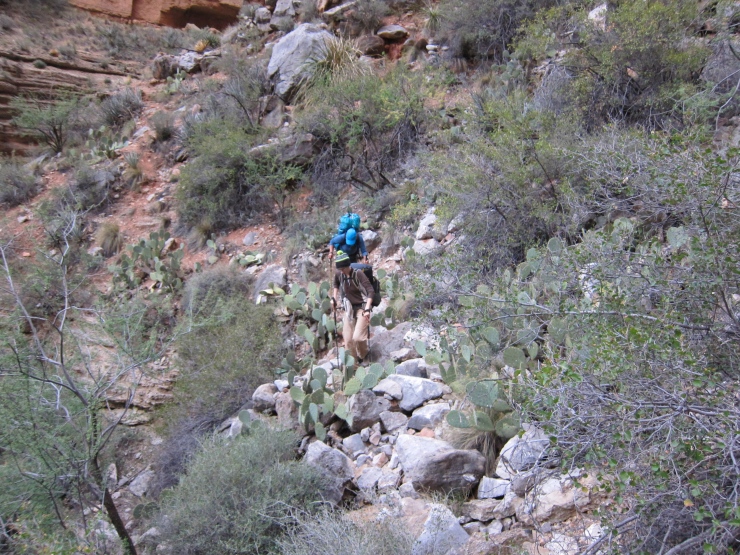 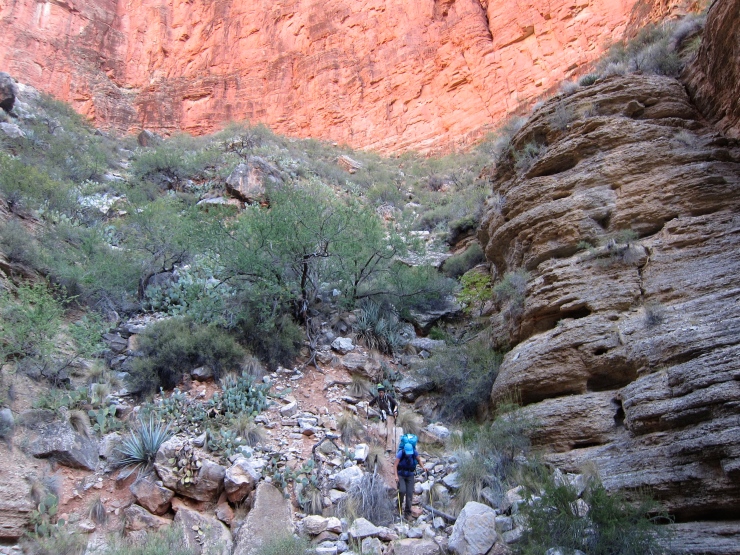 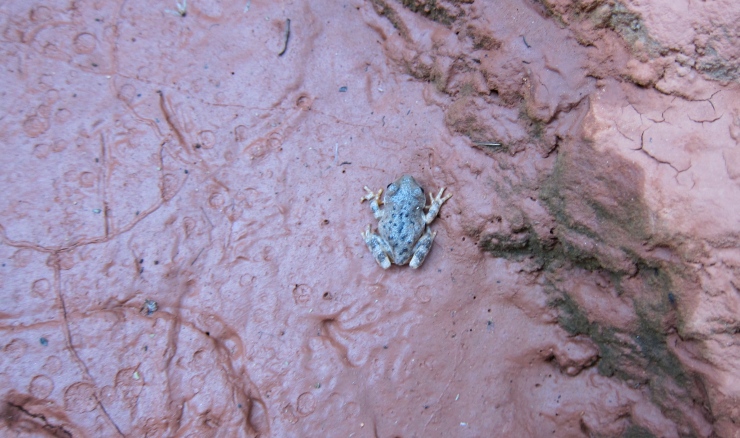 Overall quite the place to wake up to. 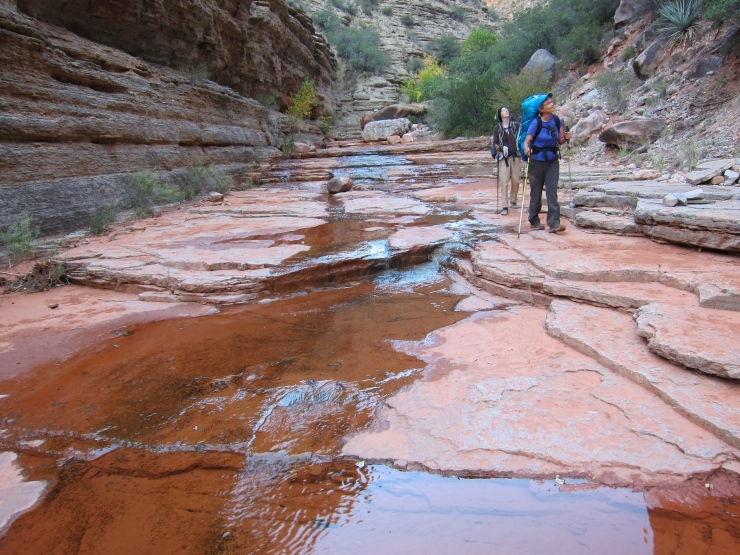 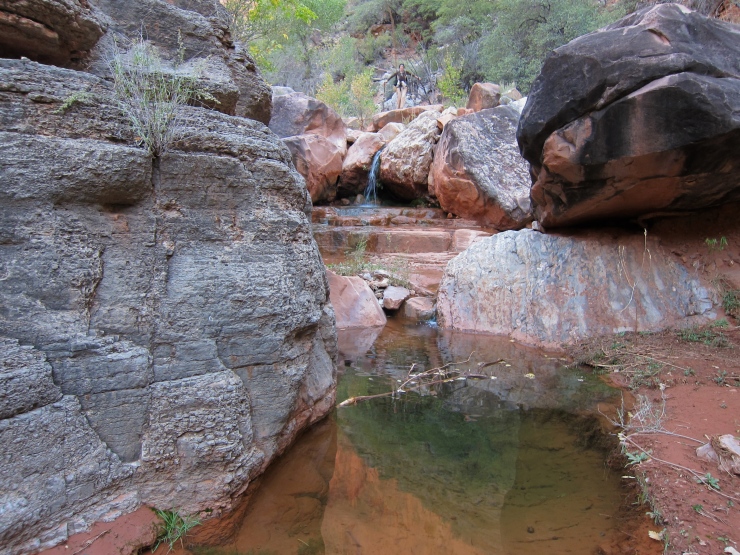 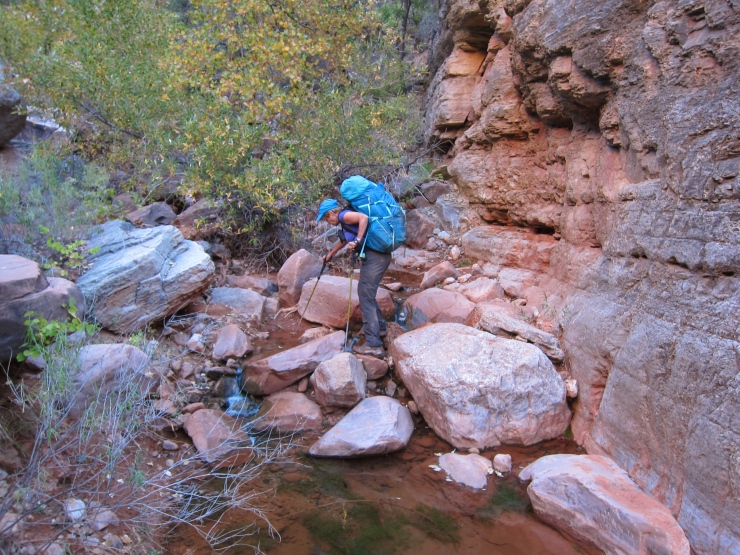 Crazy Jug runs into Saddle Canyon at almost 180 degree angle, forming Tapeats Creek, which runs a little north of west. The creek doesn’t last long below the junction, and the going is not fast. We had a lot of water on board and were thankful that the sun took so long to crest the walls to our left. 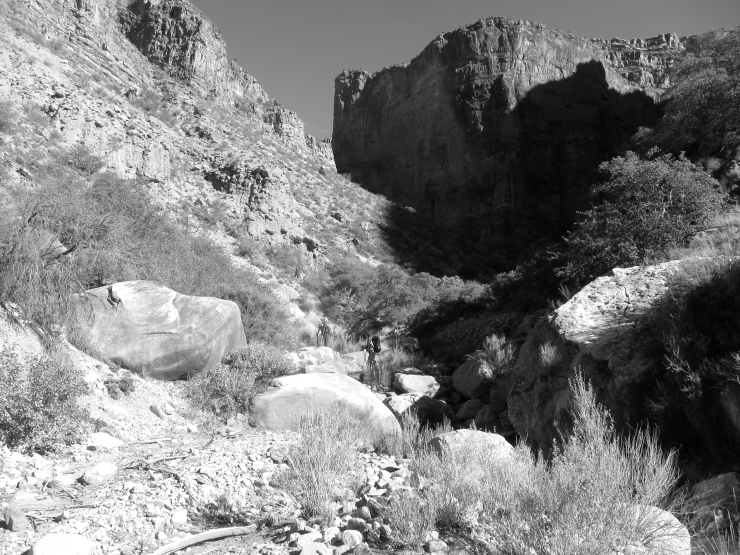 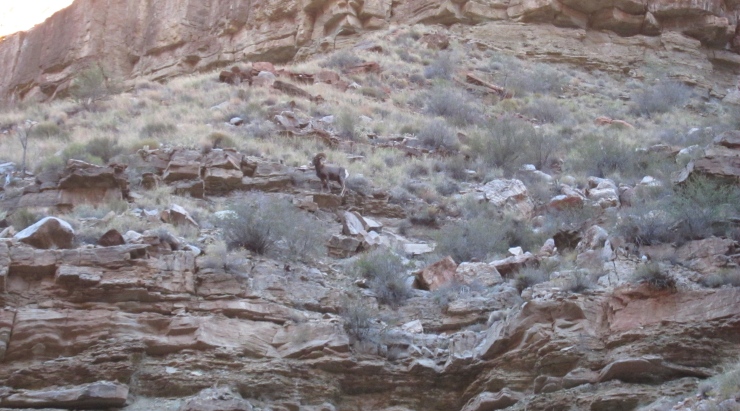 This ram tolerated my presence for a while until it heard mom and M coming.  Amazingly big, dark, and old in a tough place to make a living.

A half mile below Tapeats Cave Creek comes in from the north the loud green of cottonwoods appear in the main drainage, as well as a trickle of water and cool, moist air, but nothing can prepare you for what comes next. 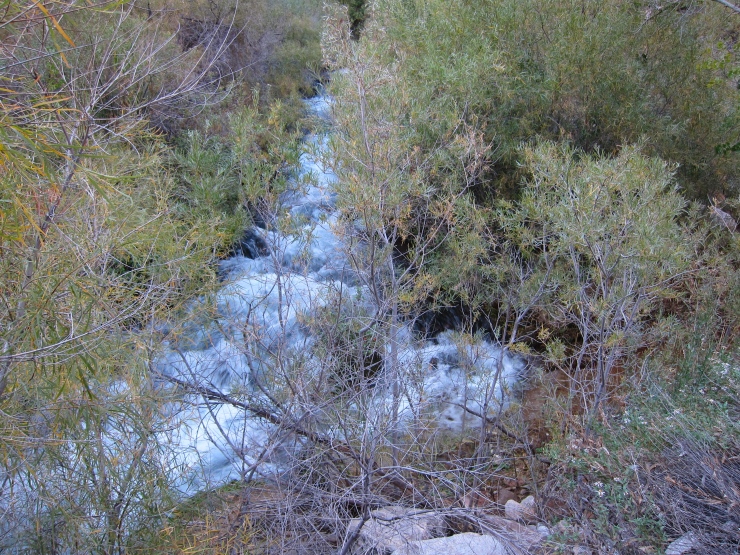 A poor photo: the sedate, conventional Tapeats Creek on the right, and the raging torrent of Tapeats Cave Creek in the center.  All the insistence of an alpine creek conjured in the middle of the desert, and one of the most extraordinary things I’ve ever seen, anywhere.

And it got better. 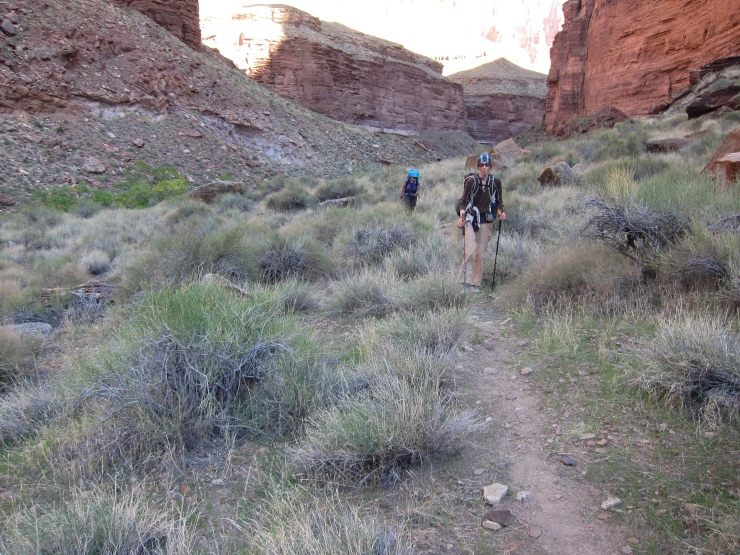 The creek is a destination for backpackers and golfers (river runners) dayhiking up from below, and we were excited to have a trail for the first time since early the day before.

It was obviously not going to last, with a foreboding and geometrically suspicious looking canyon ahead. 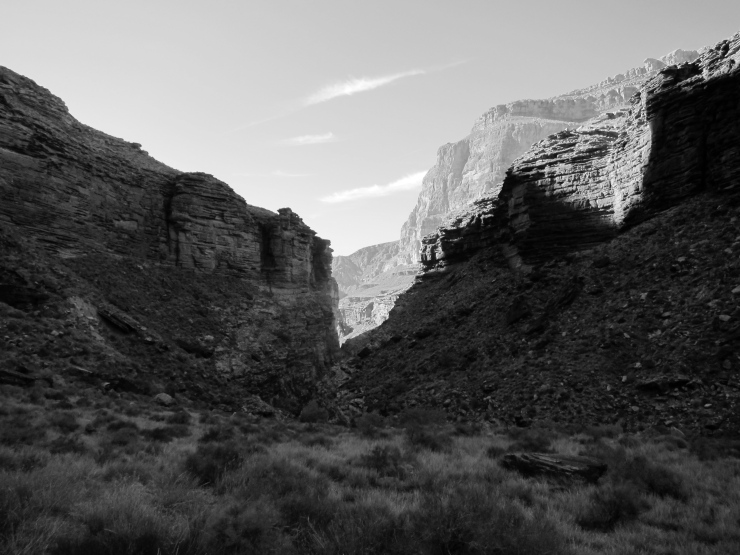 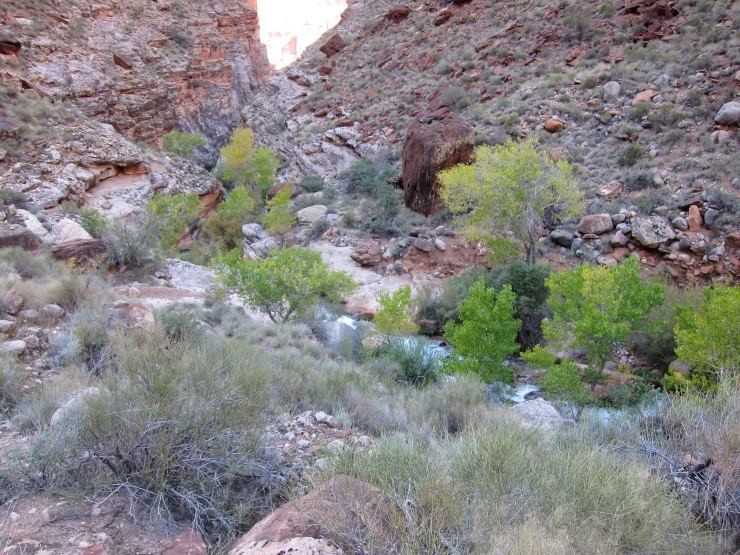 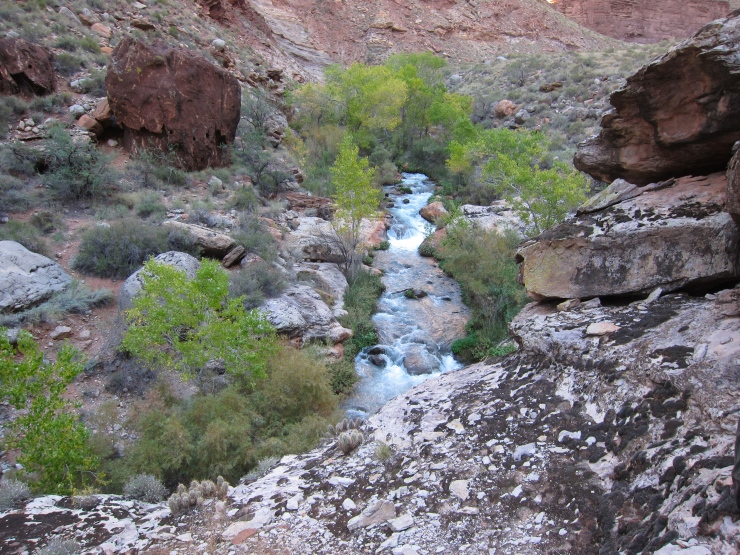 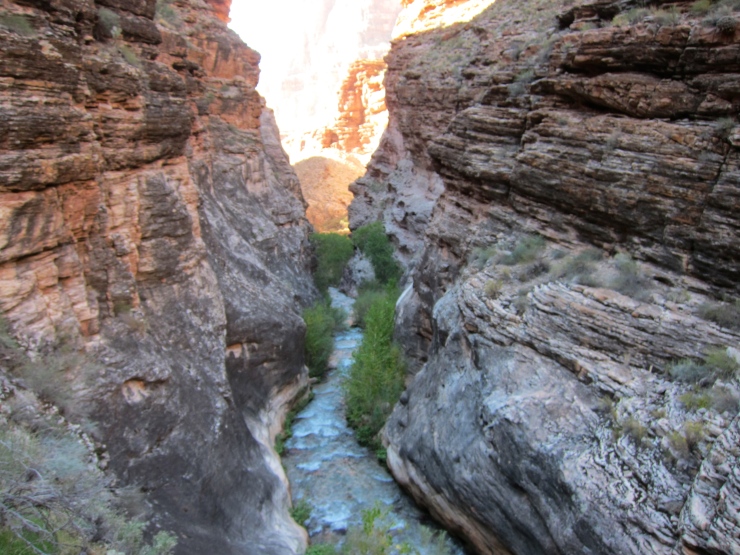 And yes, that incongruous water, ejected directly from the water table a few miles upstream, was darn cold. 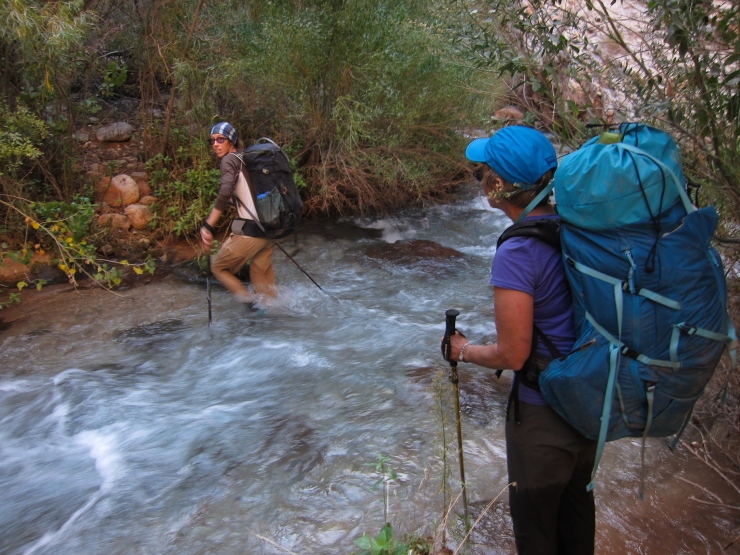 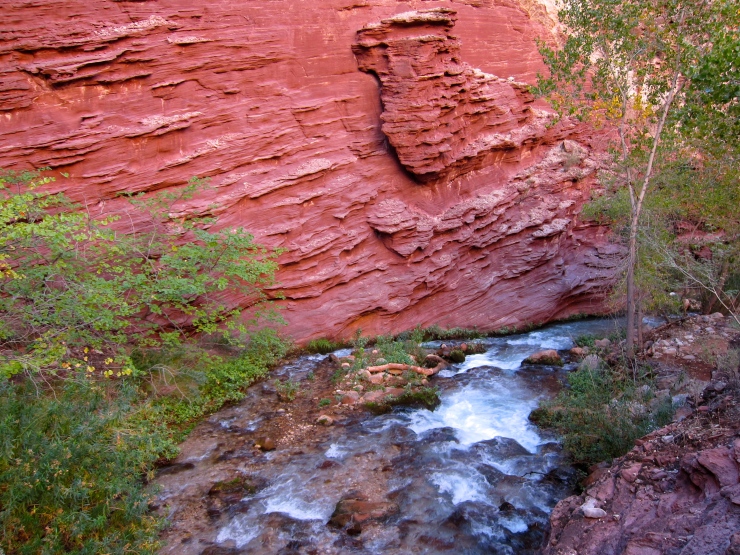 One hears warnings that Tapeats is not hikable in the spring, which seems reasonable (packrafting, on the other hand, would be phenomenal with a third to half again the flow we had).  Late October, however, is darn easy, though mom was a bit on edge. 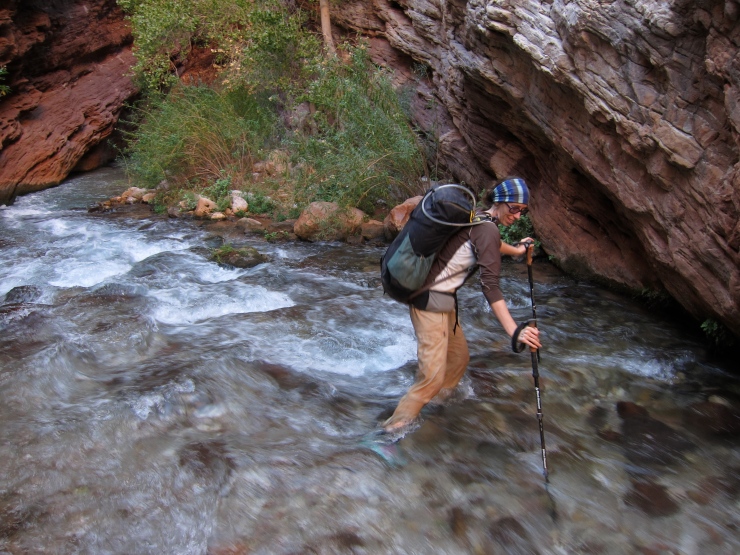 In circumstances like this one, where someones objection to crossing is mostly psychological, breaking the current can be an effective strategy.  I crossed in tandem and just unstream, providing an eddy for her legs and a hand on her pack, just in case. 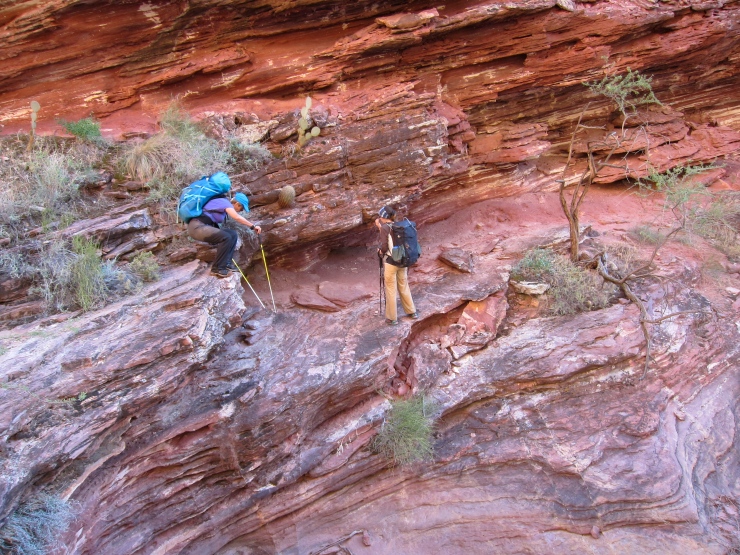 The meandering confines of the narrows were dizzying; with the course of the stream cutting meanders within meanders; twists of floodplain and willow jungle within twists of rock. 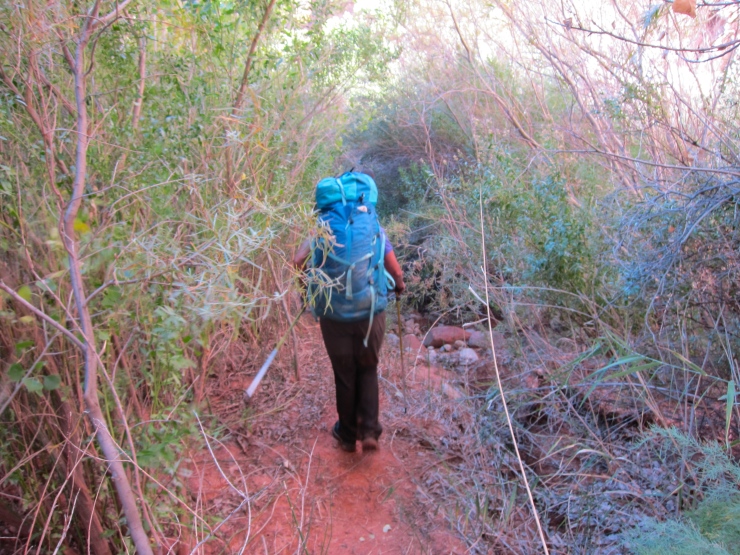 Emerging into the straighter lower canyon, and seeing the side stream I knew must be the Thunder River, was a relief.  We were almost at camp. 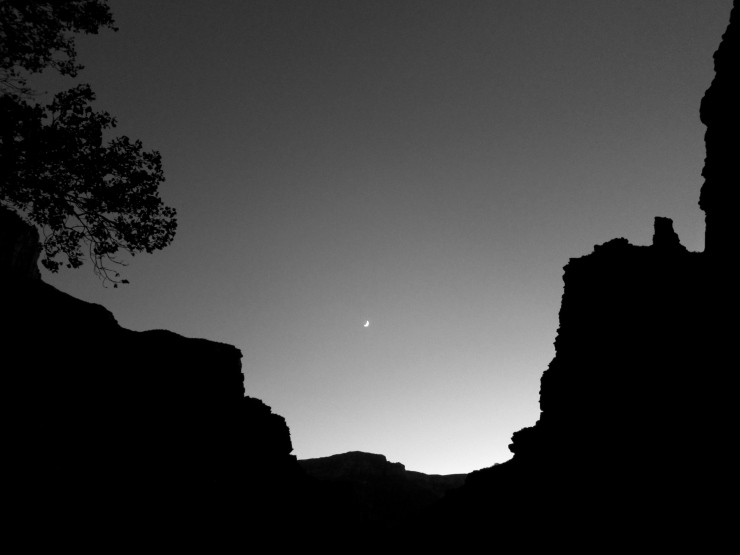 The day had been tiring, more than I anticipated, as well as one of the coolest I can recall.  The journey through three of the Grand Canyon’s major zones had been all the more potent because each of those zones had been so well represented by paragons of the Muav tea garden terraces, harsh shale badlands, and verdant, intense sandstone narrows.  The contrasts, so vivid and so abrupt, seemed to encapsulate the vast place with eerie felicity.

It was a good note to fall asleep to. 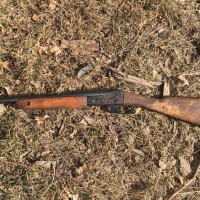 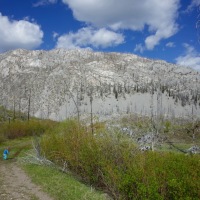 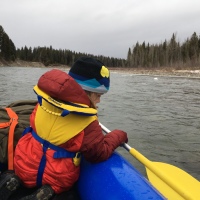