And then we saw the moose.  Clouds had rolled in between 2am, when I went out to piss off the porch, and a little after 9am, when we left the cabin.  In the middle of the night the milky way had stretched from behind my shoulder out to down near my toes, my urine had frozen into ice in the space of seconds, and in 30 seconds of socks, underwear, and coat I was painfully cold.  By morning the crisp air had moderated, and Little Bears normal level of bundling seemed more than adequate.  I wore little, as the first miles back towards the road were uphill, and pulling a trailer of infant and cargo is good work.

Had the moose not stood broadside at fist sight, bisected by a bare tree, I would never have seen it.  Even with us 500+ yards away its first reaction was to head uphill through the snow and out of sight, and it only stopped and took a few steps of curiosity back when I stopped moving and let loose my (lame) moose call.  What this big-for-Montana moose was doing in mid-December, up at 6000 feet, in a sparse forest between the two valleys which are routinely the coldest in the area, I cannot know.  Moose are second only to Grizzlies in their disregard for human sense, staying out late in wintery areas and postholing over passes in the spring, so they are not for me to speculate upon.  Moose incarnate something humans long ago forgot, if ever we knew it at all. 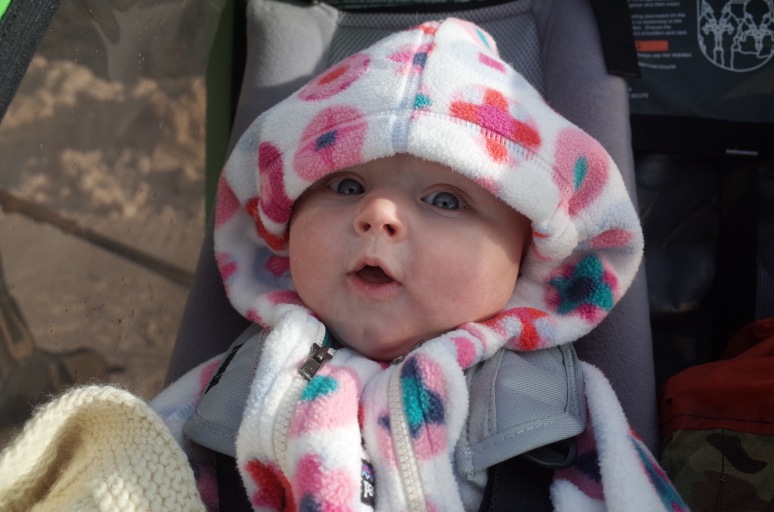 I don’t know what Little Bear will know in 34 years, when he’s as old as I am now.  Maybe he’ll be a moose biologist, and a few generations of work back towards the woods will combine with realtime GPS trackers to give him what I today consider impossible knowledge.  Maybe he’ll be a banker or real estate agent, and a basketball player, and be challenging what I hold worthwhile more than he is as an infant, today. 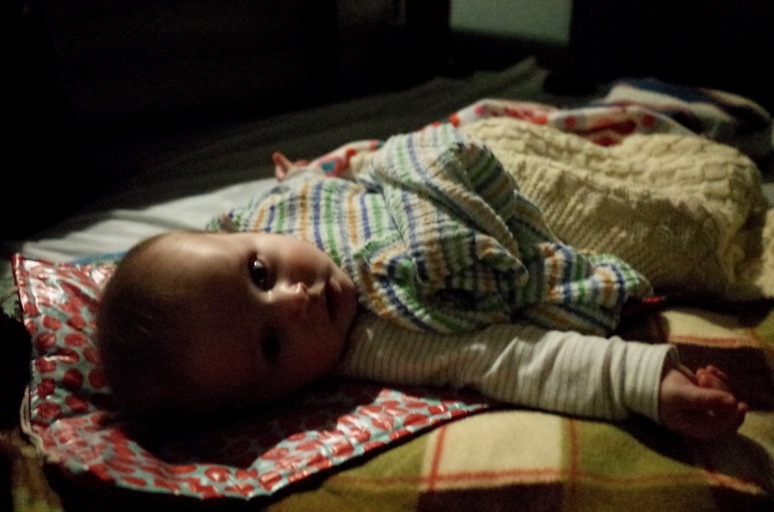 Because today I think being out in the wild world is more likely to teach him good things than just about anything else, aside from being with M and I as often as our sanity and the necessity of income allow.  Which is why we pushed things a bit, skiing in that afternoon and arriving at the cabin right at dark, then leaving first thing the next morning, with me back to work in the early afternoon.  He sleeps well and long most nights, but our collective reserve of energy is still thin enough that a bit more ambition puts us into parental debt that only a few nights of solid sleep can restore.

It was worth it.

We learned quickly, a number of years ago, that forest service cabins trips, especially in winter, are not about a convenient base for exploring the surrounding area.  They’re about a journey through nice scenery which serves as prelude for a period of contemplation, reading, puzzle-doing, and sloth. 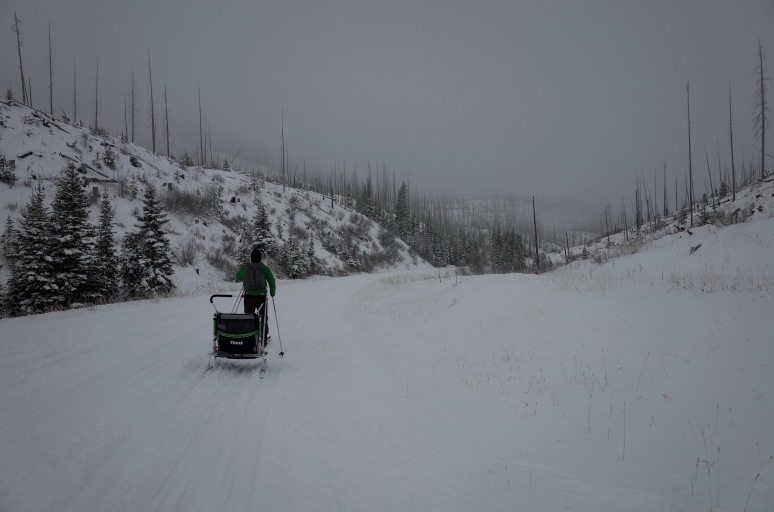 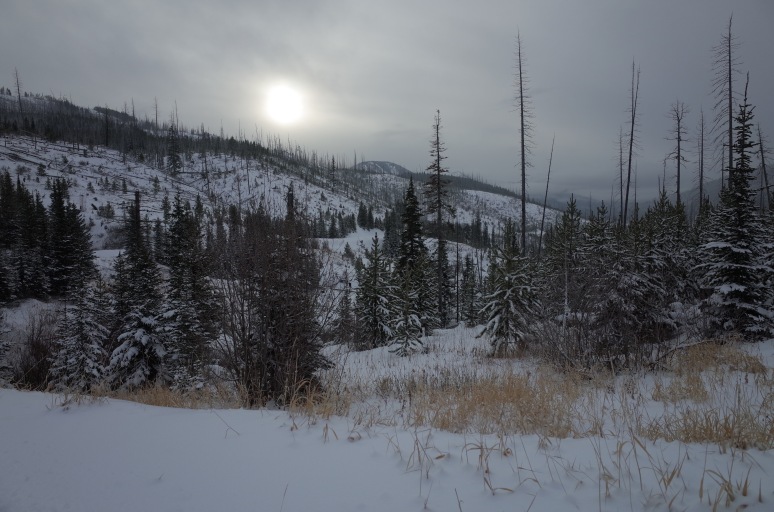 Backpacking, Skiing, The Adventures of Bear and Cloud
← Tips for winter
→ Hayduke, the movie

3 responses to “Little Bear gets indoctrination”