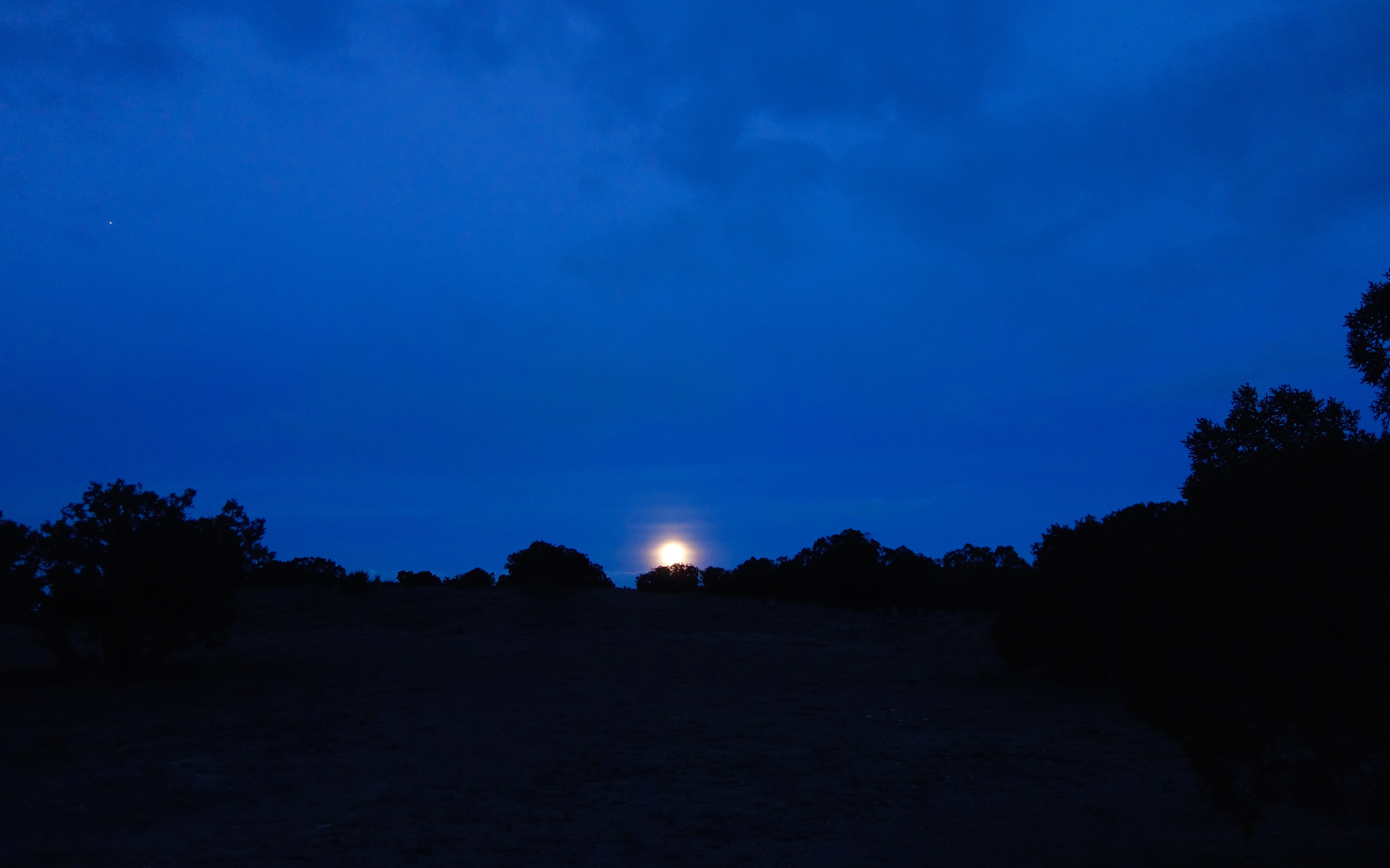 Last and first; it would be peculiar to attend the North American Handmade Bicycle Show and be anything less than awed by the passion and experience laid out in physical objects, under one roof.  And it would be downright eerie to witness all that, all those beautiful yet (in most cases) equally pragmatic tools, and not want to get out now, and ride.  So it was good that after a day pounding the carpet, taking photos, and chatting, along with a lot of driving, Luke (my attache for this particular press junket) and I slept out on the dirt under a very bright moon, woke up the next morning, and rode dirt.

The Good Water Rim trail is one of the few genuinely excellent, legitimately easy singletrack mountain bike trails in southern Utah.  It reminded me of the best stuff in downtown Des Moines, endless twists and turns that get your head flipped inside out from all the attention required to carve good lines around the obstacles.  Except on Good Water the trees are Pinons and Junipers rather than flood plain beeches, and rather than 4 inch roots there are little chunks of sharp sandstone.  And Good Water has massive views and goes on for 15 unrelenting miles. The four trade shows and expos I’ve attended in the last two months span the gamut of the outdoor industry as I understand it.  Outdoor Retailer, even the winter one, is enormous and commercial and not open to the public.  It has an immense diversity of content, within a set sphere, and a seemingly homogeneous body of attendance.  SHOT is bigger still, both in footprint and especially attendance.  I was impressed by the breadth of the shooting sports world, and by the diversity of the attendees.  I saw about 10 women in headscarves at these shows, and all of them were at SHOT.

The Utah Hunt Expo was, like NAHBS, open to the public, and much smaller.  Unlike SHOT is was purely oriented towards hunting, but like SHOT and OR it had lots of things I could safely tune out (outfitters, big rifles).  Going into NAHBS I gave myself permission to totally ignore anything road oriented or sporting a less than 2.3 inch tire, but even holding to this stipulation it was overwhelmingly obvious that everything at NAHBS (almost) was worthy of my attention.  The passion and knowledge base of the booth staff and the attendees was significantly higher, which is the biggest reason why it was by far the most enjoyable show to attend, and as of this minute that one I’d easily see myself traveling to see again a few years down the road. 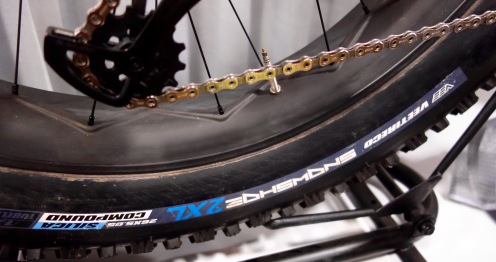 Before I dive into detailed coverage in the days to come, its worth dwelling on a few trends and on what I see as the overarching state of the mountain biking market.  I had a downright embarrassing number of old man moments in the last 36 hours, regaling poor Luke with the state of the industry as it had changed since my personal golden days of 2006-2008.   Those who have been around here since the beginning know that at one time I road my mountain bikes quite seriously and often.  This was when 29ers were just beginning to make headway in the market, fatbikes were still truly a sideshow, 36 tooth cogs were considered huge, and only the most progressive and forward thinking technical riders favored 1x drivetrains and dropper posts (which were common, though far from ubiquitous, in Arizona where we then lived).  Legitimate 2.4 inch tires were still almost unheard of outside downhill circles, and UST was the only tubeless “standard” to be had.

The industry has changed, at least on the technical side, and massively for the better.  The diversity of beefiness, both in width and tread pattern, of the tires at the show warmed my heart a hundred times over.  3 inch “plus” tires are genuinely ubiquitous, 5.1 inch fat tires exist, as do 3.8 and 4.5 650b tires.  Whatever inane inertia kept the industry stuck in the 2.1 to 2.3 zone for so long has thankfully been vaporized, and I look forward both to more options and hopefully the recognition that it is in the interest of builders to future proof their frames, to a certain extent, and just build in a shitload of tire clearance. I’m also a big fan of one-by drivetrains, more particularly the mondo cassettes and little chainrings they’ve made standard.  Wolftooth has a 49 tooth add-on for 11-42 11 speed cassettes, and a bunch of other gorgeous looking products that are practical and esoteric (like the Tanpan, to make road shifters play nice with mtb derailleurs, something I would have loved in my Midge/Brifter days back in 2007).  For me these drivetrains make all the sense in the world for real riding, and just as with tires, the range of options they give folks is nothing short of fantastic. Bikepacking and general “adventure riding” is still going strong, evidenced by the profusion of awesome custom bags (to be covered in detail), the many comfort/distance oriented frames, as well as the tire and drivetrain developments already mentioned.  While I find the marketing language clumsy, it’s great to see things like fatbiking, unsupported dirt road touring, or the Baja Divide used front and center to sell stuff.  They’re more accessible ideals, or least accessible largely via sweat and work rather than money and position, and inevitably emphasize personal process over external benchmarks. 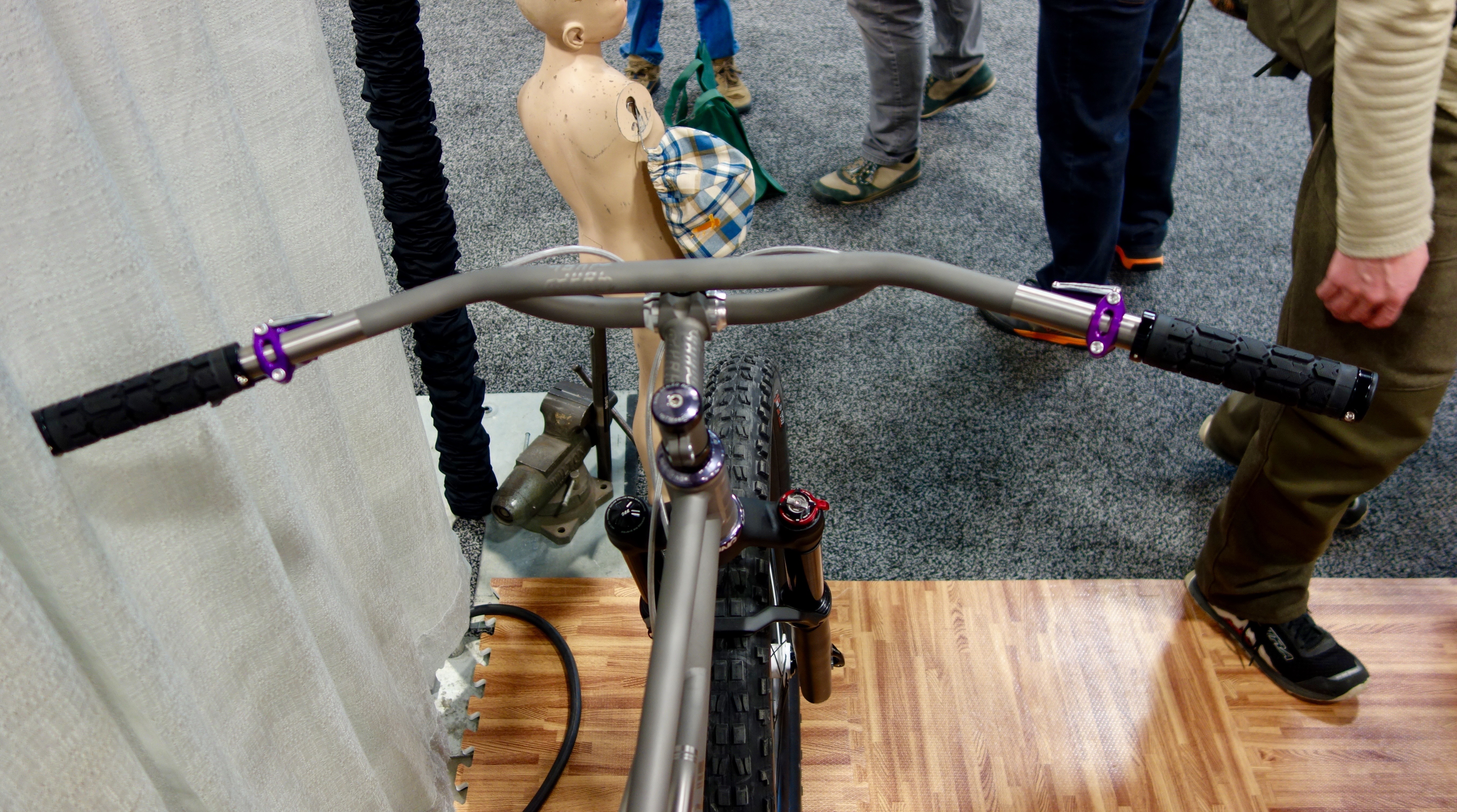 Lastly, there was lots of weird bike shit, which I always like to see.  Such as a 810mm, 20 degree sweep handlebar from Oddity Cycles.  These numbers aren’t more than one small step ahead of current trends, but combining legit performance with a certain aesthetic, and at a price that is quite reasonable, was a surprisingly frequent feature of the show.  I like options, and with bikes you can find them today if you’re willing to search.

In the coming days look for specific posts dedicated to bikes, bike bags, and the show experience.  And if you can attend next year, do it.

One response to “NAHBS 2017; postscript and introduction”