On the face it seemed like we struck out coming and going.  When we flew out of Helena it was clear as only a bitterly cold night can be, and the clear view of lights snaking south and east through Townsend and White Sulphur Springs to peter out halfway to North Dakota left me thinking what would have been visible, on the snowy landscape, in daylight.  By the time the sun rose we were east of Minot, well above a 10,000 foot ceiling.  White cool stars greeted us when we returned home, a delayed flight already dark when the de-icing was finishing in Minneapolis, the 8 inches of snow I dug off our car highlighting all the excitement we had missed.

The real excitement had been 21 people in my parents house, ages spanning nearly 7 decades, 16 of whom eventually caught the norovirus Little Bear picked up, either in the Minneapolis airport playground or the day before at our local library.  Getting puked on in the night was only moderated by his toddler healing, and the ease with which he repeatedly fell back asleep.  I spent New Years Eve dry heaving until the cartilage in my ribs and clavicles ached, and it wasn’t until two days after our return home that I (or M, or LB) was able to tolerate a proper meal. 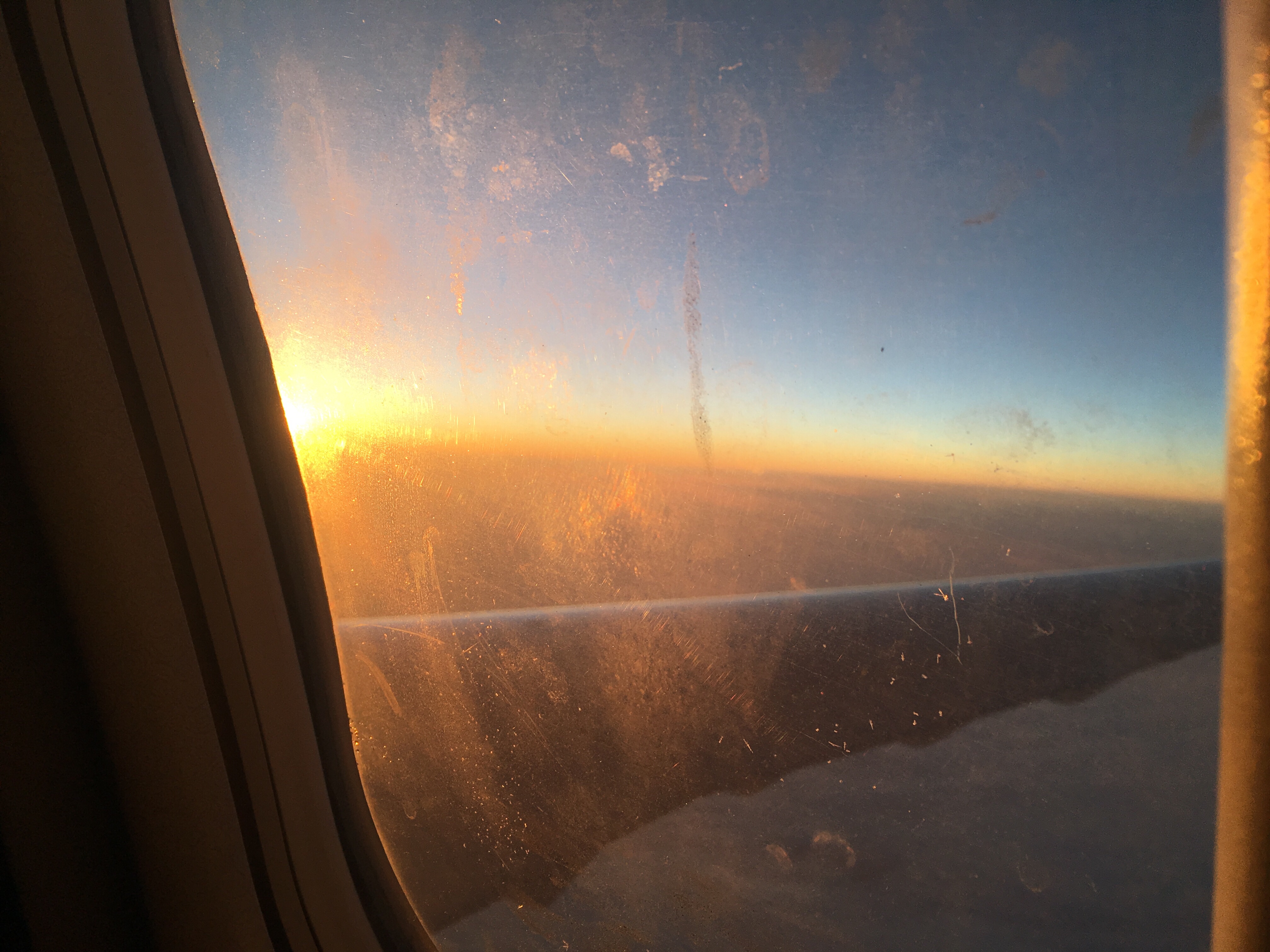 I lived in southwestern Ohio from 6 months old until I graduated high school, and as the years have worn on and the waking years I’ve spent in the pinelands of western mountains and deserts have begun to outnumber those of my youth, that hardwood landscape has become ever more dizzying.  Too much sickness and too few lucid hours between drives to and from the airport helped make this visit the most disorienting yet.  The rolling patchwork farmland and valleys of Seven and Four Miles Creeks is so broken, and yet so full of trees, but with the leaves off along the fleeting rises you can see miles and miles.  My memories of Christmas, and of winter generally, has everything to do with damp dark grey tied up in wanting endless snow.  That recollection is probably true, but is also as clouded by longing that I’ve long since fulfilled as is my image of this corner of Ohio as flat.  Pull up a topo and the places I hiked, biked, and kayaked as a teen come alive with variation and steepness, helped along by 20 foot contour intervals.

What must that place have been like 300 years ago, before Daniel Boone and William Henry Harrison, when a squirrel could go from the Ohio to Lake Erie without touching the ground, and the heaving hills gave way to winding bottoms full of elk and bison?  If you mind can swap Sycamores for Cottonwoods and bean fields for sage flats the Great Miami could almost be the Little Missouri.  In my more obdurate moments I’ve spent collective hours mourning that I’ll never see the great bison herds.  As age improves my vision the list of things I’ve really missed grows, long.

It was nice to come home.  The car was well and truly buried, but as in our absence the temperatures had not climbed out of single digits it could be swept off with a gloved hand.  The car started without hesitation, and bounced home over icey potholes at -9F.  The magic winter week of Christmas continued, with even more snow and cold, clear days.  We were in no condition to head out go skiing, but I did recover in time to do weekend battle with the ice dams two feet of snow, sub-zero lows, and poor roof insulation had given us.  I soon gave up on the ice axe, graduating to the adze end of a pulaski, which was a bit scary but not overkill.  A hammer finished the final inches without harming any shingles, overall a job just as pumpy and wet as proper ice climbing, and the view from our third story roof runs 30 miles north across the valley.

This is the soul of Montana, the Rockies generally, and much of the United States.  The two feet of snow in our yard, and the 4+ up in the mountains, will recharge the continents water table and feed elk in the Bob Marshall at the same time it supports cattle in South Dakota.  That so much of our average annual foot of water falls as snow is why Doug Firs and Ponderosa Pines have taken over from beech and maples in my mind, and helps smooth the inconvenience of steep side streets that go unplowed for weeks.  There’s a privilege to being around for the sort of winter this one is shaping into, and specifically several of the few weeks which are essential to building the kind of season that can keep a vast swath of our continent from drying to a toast by mid-August.  Did the greater Ohio valley ever have that sort of significance; does it still, and the centuries of roads and houses just make it harder to see?