Packraft the Bob, this year

If you don’t live around here doing a packrafting trip in the Bob Marshall is a pain. Western isn’t close to very much, the regional airports tend to be expensive, there isn’t an easy way to get to the trailheads without a rental car, and even then the number of truly good loop routes is fairly small. That said, dream trips are for doing now, and a trip is the Bob is probably a bit cheaper and certainly more suitable to a 2 week or less time frame than Alaska or the NWT. It also might be a good particularly good year as far as conditions are concerned.  The southern, higher end of the Bob is along with the GYE the snowiest place in the lower 48 at the moment.  While last year proves that a fat winter can be easily undone by a dry and hot summer, the foundation at least exists for an exceptional floating season.  Especially noteworthy is that lower elevation snow in the greater Bob is at 150% or greater of normal, and so long as this isn’t zapped by a late winter thaw this could saturate groundwater and make for a prolonged process of high altitude snow feeding directly into the rivers and keeping them higher for longer.

Perhaps. Our weird short-term climate reflects the uncertainty of life generally, which is why you should read the following, and start planning. If you’re left with any questions, buy the book at get the full data on flow levels and on the best streams and stretches.

Mid-July is the most certain time of year for a good packrafting trip. Unless the winter proves massive and protracted (see 2011-12) the rivers will be tame and on their way to clear, and weather should warm, and the bugs shouldn’t be too bad. Conversely, unless the winter ends with a fizzle mid-July generally produces good flows in everything by the small and early melting waterways.

If you can drive or otherwise have access to two cars, the world is your oyster. I’d highly recommend sucking it up and running a huge car shuttle to facilitate a big traverse. I still haven’t combined the South and Middle Forks into one trip with a nice ridge hike in between, but that would be the obvious candidate. Next best would be entering the South Fork from somewhere along the Swan, and exiting the North Fork of the Sun via Gibson Reservoir. A full run of either the South or Middle Forks are also obvious choices, the later being good for a shorter car spot, bigger whitewater, or for a later summer float.

If you have access to one car, route choice might be dictated by which side of the complex is easier/quicker to access. The loop we did four years ago, in the video, is a hard option to improve upon for an east side option. The one-car Middle Fork is tougher. Down Lodgepole and up Granite is logistically nice, but very light on paddling. Probably better to park at Bear Creek, hitch to the start of the Skyland dirt road, and plan on spending most of your first day road walking to the trailhead. Anyone who comes along that stretch will probably pick you up, but vehicle traffic is not regular or frequent.

The preferred way to do a one-car South Fork loop is to park at Spotted Bear or Meadow Creek, and do as much ridge walking way up high to the east as your legs and time allow. For those who for financial or aesthetic reasons prefer to go car-less, a few options exist.  Flying into Missoula and hitching up to one of the Ovando-area trailheads is probably quite feasible (ie doable in 4iish hours); that area is also so close and frequently traveled you could probably hire a ride on Craigslist beforehand, or arrange something with one of the river-shuttle and guiding companies in town.  A day or twos hike will put you on the South Fork, 2 days to a weeks float will put you on slack water, and a single hitch will take you to the Flathead, where you could either fly home or get on the bus back to Missoula.  Hitching south out of the Flathead to a trailhead in the Swan would seem a bit more complicated, but I know folks who have done it.  Amtrack runs along the northern boundary of the Bob, and could be used as either access from Whitefish, or even as farther distant transport from Seattle or even Chicago.  None of the stops (East Glacier, Essex) are enormously convenient for the start of a trip, but could be made to work by those with an extra day for walking or floating.  Walking in along the CDT from East Glacier is fun and scenic walking, though it takes a while to get to the good water. 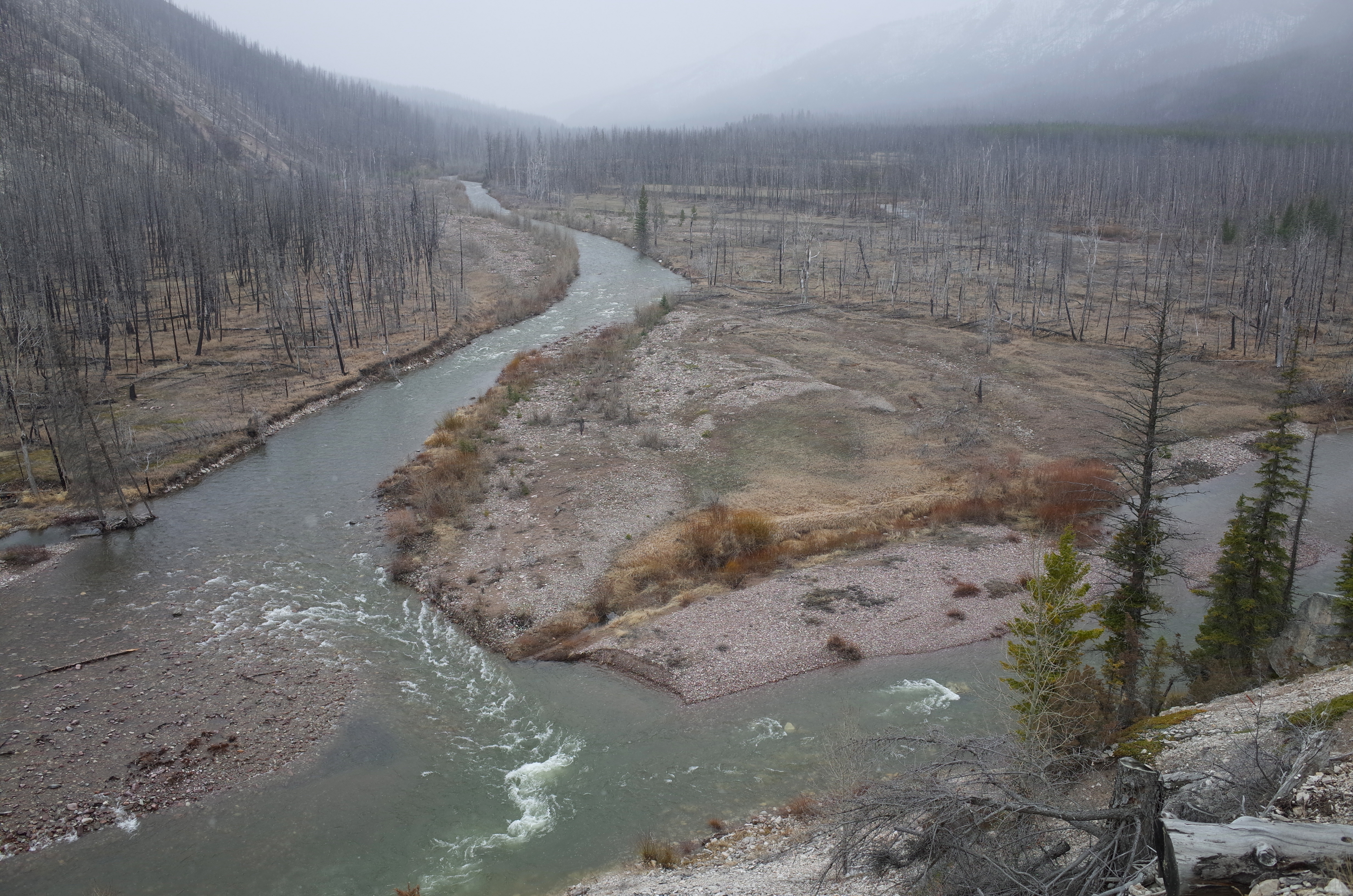 As for me, 2017 was the first year since I got a packraft that I didn’t float in the Bob at all, though I got plenty of non-Bob floating (and Bob hiking) in trade.  I have a short but prominent list of pieces of water I haven’t floated, as well as the glaring omission of Little Bear still having not done a packrafting trip in the Bob.  I hope to sort out both of those this year, as well as revisit some old favorite friends.  Hopefully the snow keeps piling up and lingers long into May and June.

10 responses to “Packraft the Bob, this year”