Last month I bought a new bike, my first brand new one in almost a decade. That one, nine years ago, was the first generation Salsa Mukluk, the first broadly available fat bike not called Pugsley. It has, because it still works great, a lot of things my new bike does not: straight steerer, one choice in headset size, external cable routing. I bought the Mukluk as a frameset, meaning I got a frame and fork in a box, bought everything else I didn’t already have separately, and put it all together. This also is an increasingly dead way of getting a bicycle, with few of the options I considered last month available frame only, and none of those making economic sense on the face of it. The new economy of scale gets you all the relevant components for less than the price of the frame over again.

And scale is another thing that has changed in the bike industry this year. I almost missed out, and ended up hunting down a shop in Mississippi which had a San Quentin 1 left, in XL. Numbers I’ll cover in a later post, save to mention that I called that shop, again, at the beginning of October to inquire if I might get my new bike before we left for the Colorado Plateau in a few weeks. I did barely, as they had sold through their whole 2021 stock in a matter of days, and were weeks behind in building them. And no, they could not (due to warranty reasons) just send me the whole mess to sort out myself. So 52 hours before we left a very large box arrived, and I had that time to assemble, alter, trouble shoot, figure out that I’d need a new headset to mount the rigid fork I’d purchased, make a trip to the local shop out of utter confusion at what headset that would be, then finish component swaps and tubeless conversion, atop packing all the other stuff we’d need for 11 days away from home.

The new bike worked great, and having it stowed day to day on the roof rack, rather than on a hook in the bike room, took me forcefully away from the discontent and the fiddling which bridge a new machine, eventually, into familiarity. Instead I rode it on an almost daily basis, often in dirt circles around camp, but also on the practice loop at Gooseberry, up the road to the lodge in Zion, on a pump track in West Salt Lake (wiggle break on the drive home), and down Thunder Mountain, the best trail in the world.

Thunder Mountain is on the west side of the Paunsaugunt, with Bryce on the east. It starts in rolling, sand bottomed ponderosa forest, snakes its way through liminal drainage heads to the ridge, above, before plunging down a few sets of steep, loose, and very dusty switchbacks and ridge drops in the process of going north to the ridge next to the road. At which point I was late, and at which point one encounters a trail sign. 1.4 miles that way, to the road, and untold miles the other way, into the unknown. Over a decade ago I experienced that unknown, and had a cold night out as part of my trouble. On this trip I tucked into the subtleties of the descent to the road, glad that it was very quick, and that my new bike came alive on it’s first full force outing.

Everyone loves a new bike, it just takes a while to finally know each other.

1 thought on “The best trail” 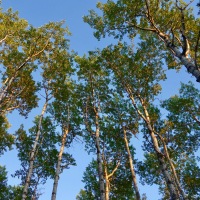