The fact of increased outdoor recreation in Montana, prompted by the pandemic and ancillary effects, has yet to be fully established.  Compelling evidence has begun to accumulate, in things like real estate prices, hunting tag applications, and forest service cabin reservations.  What has already been firmly established is the appearance and assumption of increased recreation pressure, and one of the more notable impacts thus far has been increased signing along streams and rivers.  Because of this, and what I will call aggressive signage practice, it is worth examining Montana stream access law in detail.

I was in graduate school taking a winter term course on the state legislative process in January 2009, and got well side tracked from lobbying about sex offender treatment by the bridge bill controversy, a series of competing bills which ultimately was resolved by codifying access to waterways via any public road bridge.  Talking to Kendall Van Dyk, then state representative and now with the Montana Land Reliance, I didn’t really get it.  After years of floating and exploring Montana rivers and streams, I do get it.  In the Curran case (discussed below) the Montana Supreme Court stated that “…any surface waters that are capable of recreational use may be so used by the public without regard to streambed ownership or navigability for recreational purposes.”  This broad ruling is massively significant for the scope of present and future access it provides, but for many of the rivers and creeks in Montana, that access is significantly truncated without meaningful accessibility.

The Dearborn River is an ideal example.  At top is Little Cloud, looking cute on the lower Dearborn this past weekend.  Virtually all of the Dearborn outside the Bob flows through private land, and because of Montana law, anyone can float, fish, and camp along it provided they do so below the ordinary high water mark.  Were it not for access from the 3 highway bridges, this ~50 mile stretch of river would not be accessible to the public.  The Dearborn was the river in question during the Curran case, which involved a rancher with extensive holding attempting to exclude public use within his property boundaries.  Fortunately, the supreme court used the case to establish very broad and deeply rooted stream access rights. 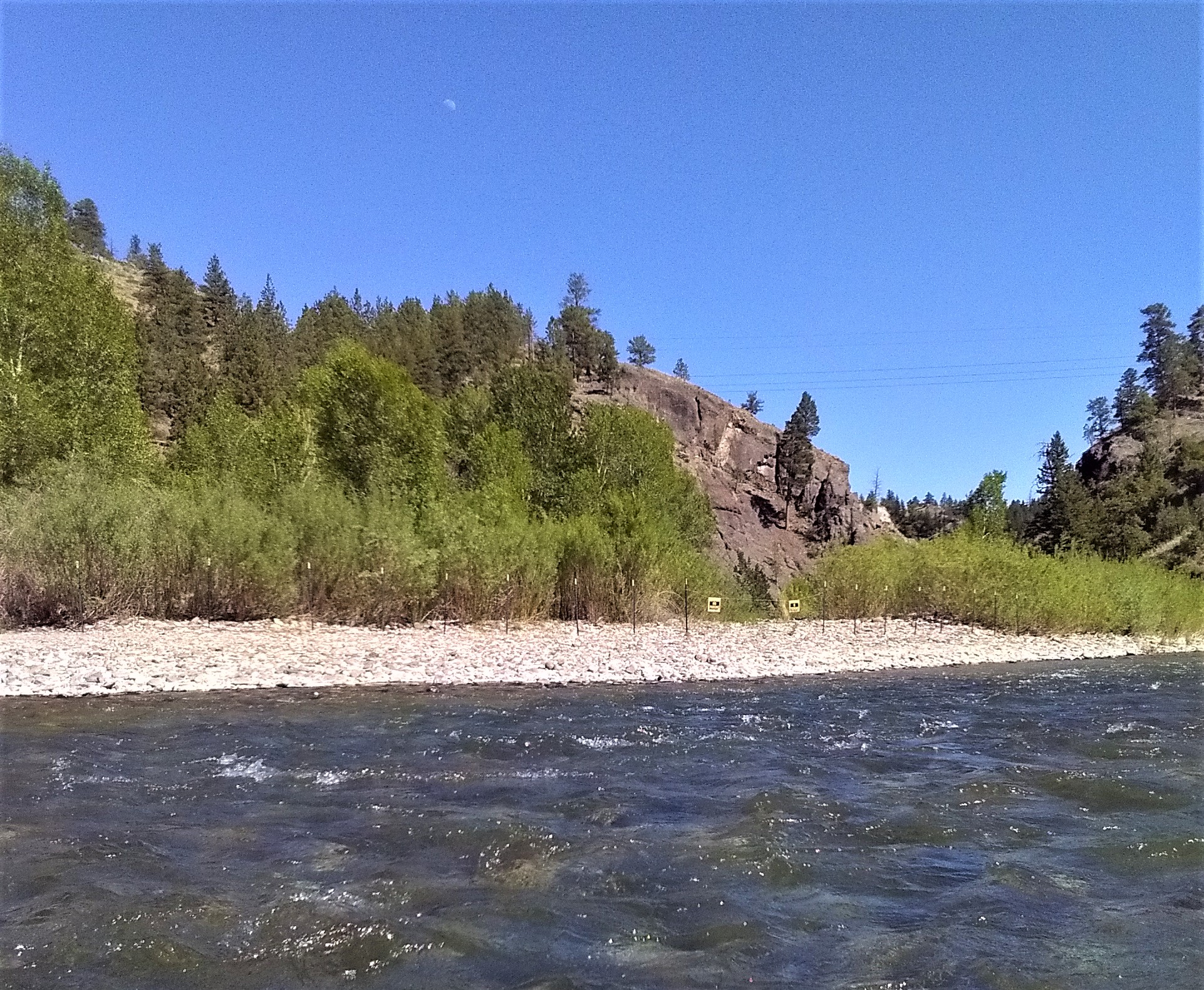 The picture above was taken the same day, along the Dearborn, about 3 miles before it empties into the Missouri.  It is the most egregious example of many I’ve seen the past month, of signage aggressively suggesting if not outright intruding into what is technically public ground, that is, ground below the ordinary high water mark.  In the past 12 months, be it along the Dearborn, North Fork of the Blackfoot, or North Fork of the Flathead, relatively high traffic rivers with patchwork private holdings have seen a significant increase in both signage, and in aggressive sign placement.

Fortunately, there are easy fixes.  First, educate yourself on the law, and obey it.  Recognize that many rivers, like the Dearborn, aren’t going to have many appealing campsites truly below the high water mark.  Avoid being one of the majority of campers who push this limit.  Also recognize that many rivers, like the N Fork of the Flathead, won’t have many good camps below the high water mark when the water is in fact high.  At 9000 cfs options will be limited, so plan on camping on a patch of forest service land.  Second, report violations like the one above.  Fish and Wildlife can hear about what amounts to fisherperson harassment.  One can also, via the Montana Cadastral, look up the property owner and contact them directly to politely request legal and neighborly signage and fencing (the wire above is owned by Mr. Brady Vardemann, 12208 Greenwood Ave N Seattle WA).

If the legal history of stream access in Montana has taught us nothing else, it is that nothing short of constant vigilance can guard against erosion of this right.