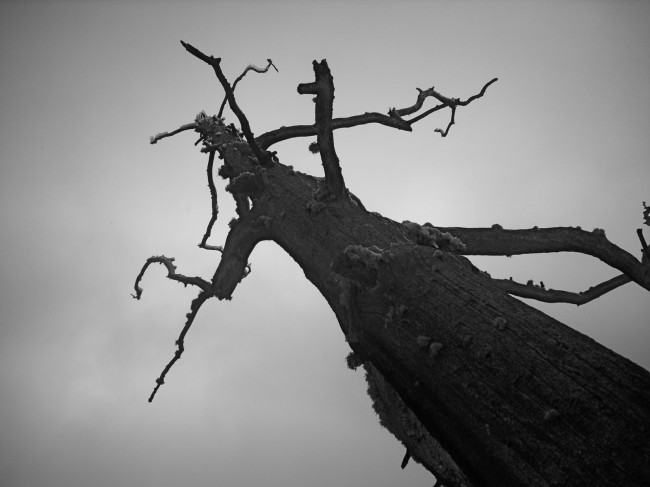 Hiking (or snowshoeing, or skiing) in winter is one of those subjects which is to many mundane, and to many other terrifying.  BPL has been inundated for months with daily threads asking about insulation, footwear, and shelter suggestions for winter.  Some thoughts on the matter follow.

-If you intend to get out in winter, realistically assess what that winter will be like.  Where will you be going, how cold will it get, and how much snow might fall?  Don’t know because you’ve never gone?  Get out and find out.  Absent that, use Snotel sites and other online resources (see my AnnoBiblio, above) to get a good idea.  Plot the Lat and Long of the Snotel and use its location to extrapolate to other locations nearby.  Once you have a decent idea of knowing what conditions you can expect, you can make equipment choices from an informed place, rather than out of fear.

-All of the ideas I’ll outline below must be effectively implemented to work, and adapted to fit individual physiology and behavior.  Effective implementation depends on dispensing with fear and exercising mature judgment.  For example, it’s easy to not want to get cold, and thus start moving with too many clothes on.  This is incorrect, behavior almost always due not to misjudging conditions but to fear of getting cold.  And if you start moving will too many clothes on and sweat, you’ll get cold.

-In order to learn this and all the other impossible minutia of winter requires practice.  Get out.  Day trips are great ways to get acquainted with the most difficult conditions, and then do a post-mortem back home over hot coffee.  Overnighters for practice are crucial as well: pick locations close enough to the car to bail if you must, but far enough away that you won’t be too tempted to wimp out.

3: Learn the difference between uncomfortably and problematically cold

-Being cold is uncomfortable and scary, but not necessarily a big deal.  In some ways we can get a lot colder than we find pleasant and suffer very little in terms of meaningful function and long term performance.  For example, if you wake up a wee bit chilled in your bag at 3am, doing some crunches and munching some chocolate will usually pump up the heat enough to get you through til morning, and for me doesn’t really degrade my sleep at all.  Going to sleep cold and never being particularly warm, on the other hand, is likely to be a drain on your metabolism and psyche.

-The same principles apply while moving during the day.  Cold hands and feet (say during an exposed, downhill section where you aren’t generating as much heat) are ok so long as you know you’ll be able to get them back.  Building the experience of how to warm parts back up, and where the line between uncomfortable and troubling exist, must be built out of experience.

-Make it as easy to be warm as you can.  Stay hydrated, and pick appropriate containers for the conditions.  Eat lots, and keep calorically dense foods plentiful and close at hand.  Think ahead and be strategic.  Put on your wind shell before you go out of the trees and get blasted.  Take off your hat before you sweat on this next big ascent.  Don’t lace/buckle you shoes/boots so tight that your feet can’t get warm.  When you stop for a break, put your puffy on after a bit of moisture has dissipated, but before you cool off much at all.  And so forth.

-Training your metabolism to react quickly to effort is a rather good idea as well.  Just as you shouldn’t go backpacking with a bum knee, it’s not the best idea to expect to adapt well to winter if your body is deficient in one of its core functions.  Those with circulatory diseases and the like will necessarily be playing with a handicap and have to adapt accordingly.  Handwarmers, extra insulation, big boots, big mitts: do whatever it takes to make things as easy as possible.

-It’s amazing how well evaporative cooling will kick your ass in winter.  Thankfully, winter in many places is the driest time of year.  It takes folks a while to get their heads around the fact that snow well below freezing is not to be feared.  Let it blow on to your sleeping bag and fall on your shoulders and head: it will blow or be brushed off before it can melt.  The real enemy here is your own sweat.  Unlike in warmer temps when errant moisture evaporates off, vapor trapped in your clothing tends to find the nexus of dew point and least breathable layer and freeze there.  Given that breathability and windproofedness have a largely direct inverse relationship, picking the right shell layer(s) can be crucial, and only becomes moreso the colder it gets.  Last winter I accumulated an impressive layer of ice inside my Houdini skiing after dark in cold temps (-10 or so F).  With no chance to really dry it, the Houdini was mostly useless for the rest of that short trip.  Make no mistake, you will sweat, just try to minimize it.  Avoid membranes in clothing like the plague, unless you’re out on a trip where it might rain (eeck).

-After you many practice trips you should be well acquainted with how much insulation works for you, and what pieces you use under given conditions.  Now, get to know the concept of clo.  It’s inexact, but will give you a fairly reliable idea of how the warmth of your old jacket compares to the new one you’re looking at to fill a hole in the quiver.  Some garments with a good reputation aren’t quite as warm as one might think, and thus not such a good bargain (in terms of weight or dollars).  Similar measures, like crunching the numbers between fill weight and baffle height, can give you some measure of objectivity when it comes to sleeping bags.  In either case, take the insulation you need in reality, not for the cold-pocalypse you fear. 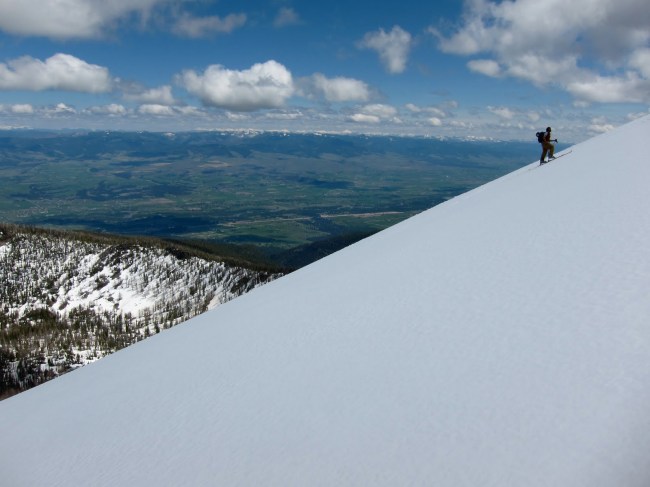 -Winter is an amazing season.  The landscape changes as the snow deepens, and with it our perception.  Trips through brushy terrain which are in summer unpleasant become easy.  New views open; and roads close, turning picnic areas back into wilderness.  It’s hard to find crowds in winter, and the crystalline air on a below zero morning must be seen to be believed.

18 thoughts on “On hiking in winter” 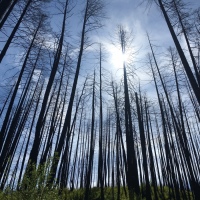 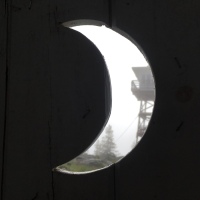 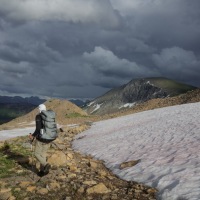