The practice of practice

I started this blog in late 2006, a significant date for my purposes today because it marked a rapidly growing interest/obsession with mountain biking.  Serial obsessions have defined my life since childhood, but those of adulthood have necessarily been more defining.  Mountain biking is thus far secondary only to climbing in terms of formative power, and in many respects this is due only to duration (I started climbing when I was 12).  In early 2007 I met these guys for the first time which was my entry into the world of endurance.  I had horsed around with such things before, doing a Grand Canyon double crossing in late 2005 and lots of long hikes, but participation in the first Rim Ride Moab and the infamous 2007 KTR showed me just how fast humans could go for 12+ hours.  From rube to bumping shoulders with elite athletes was a revolutionary change of perspective.

Since then, I’ve often been tempted to pursue my various outdoor activities in a more rigorous, athletic fashion.  It would be pretty fun to go that fast.  After years of vacillating, it has become abundantly clear that while I value preparation for my adventures, I prefer to spend my time in a more diverse fashion (e.g. drinking espresso and writing this on a rainy morning, rather than getting out to go running).  That is what separates me from these folks or this guy; that last 20% of discipline to get out more consistently (and to eat less ice cream).  There will surely still be many times when I wish I had more will, but given the rewards I get from the other things for which I use my time (and the weight of habit), I think this is how things will stay.

Middle Fork of the Flathead alpine.

I’m not sure which cyclist first coined the term “bike practice” to make training seem more pedestrian and full of joy, but it is the term I like to apply to my own work towards various goals.  I’m not an athlete so much as an adventurer, but that does not mean that I don’t prefer to be well-practiced going into said adventures.  Being physically, mentally, and logistically prepared makes things more fun, if for no other reason than largely doing away with the flail factor, and makes big trips possible without egregious and systemic suffering.  It makes the expenditure of travel and vacation days seem more focused and worthwhile.

The balance then comes on weekends like this past, when I want to go somewhere new and exciting (have an adventure, however modest), and yet also have requirements for specific sorts of practice (in the case of this week, time actually walking to prep for the GrizzPerson, Bob Open, and through each the Classic).  Skiing would have been in most respects the more logical choice, but I reached the point a while ago where the generalized benefits of cross training will no longer transfer well.  The base strength in my legs and core are where they need to be, thanks to skiing since January, and now more exact power and especially connective tissue acclimation must come along smartly for further gains to be made. 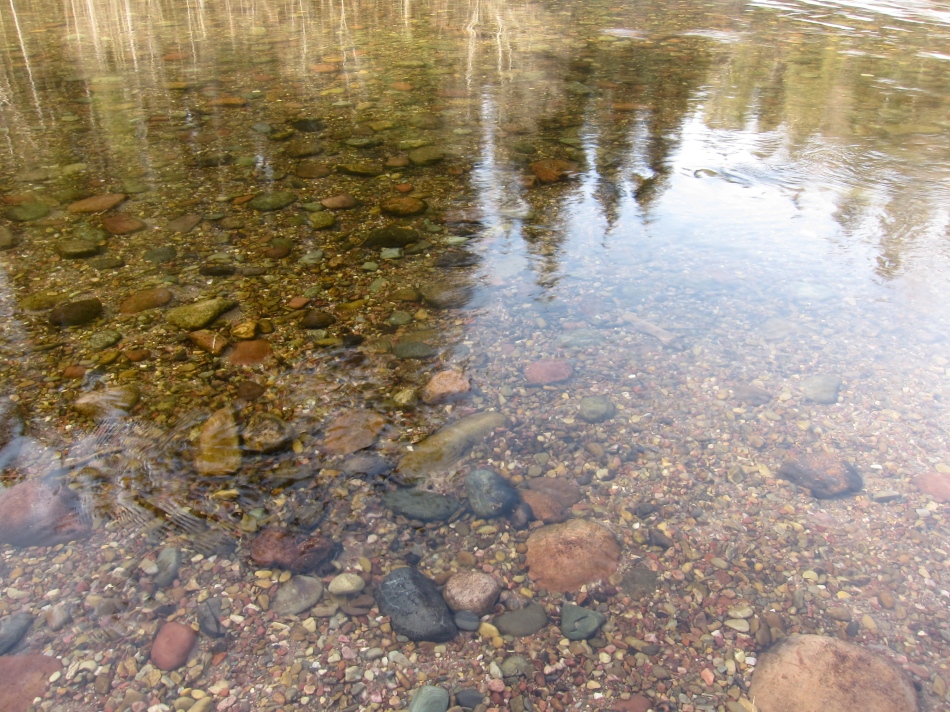 In this particular case, I was able to harness the priceless strength-building benefit of postholing in rotten snow to facilitate the days work.  Snowshoing, prosaic though it is on a mechanical level, has similar benefits for the rugged hikes of summer.  And the painfully modest mphs exacted by such activities fits well into the mental training requisite for what is sure to be a July of nasty bushwacking and a May and June spent with intense practice for the same.

The hiking and snowshoing, along the Boundary Trail in Glacier from Harrison to Coal, was the disciplined work.   There are some gorgeous ponderosa groves in the first half and a cool old cabin by the Nyack ford junction, but for the most part it was head-down labor.  Inflating the boat at the mouth of Coal to reverse directions signaled a welcome change in mood: the sun came out in full force, clouds lifted to reveal superlative-defying scenery, and while I kept up a steady paddle for the sake of mindful practice, I was able to quickly slip into the empty fullness of a mind at once infinitely narrowed and holistically expanded that is the hallmark of both thorough physical practice (e.g. exertion) and more importantly of efficient travel in wild country.  The best and fastest (both on the ground and in my mind) moments of the Classic last year happened when I was enmeshed solely in the minute details of foot after foot and foot placement and the immensity that was me the tiny dot in a big and harsh world.  The more routine middle ground, of where do we go in an hour and owie my feet hurt, is at once normal and quite unproductive.

As distance grows and endurance racing bleeds into ultraendurance and the nameless world beyond, the mental game features more and more prominently.  That’s what I find interesting, and have some predilection for, and thus what I focus on.  Because practice gives life focus and meaning, which is why anyone bothers with sport or adventure in the first place.

3 responses to “The practice of practice”