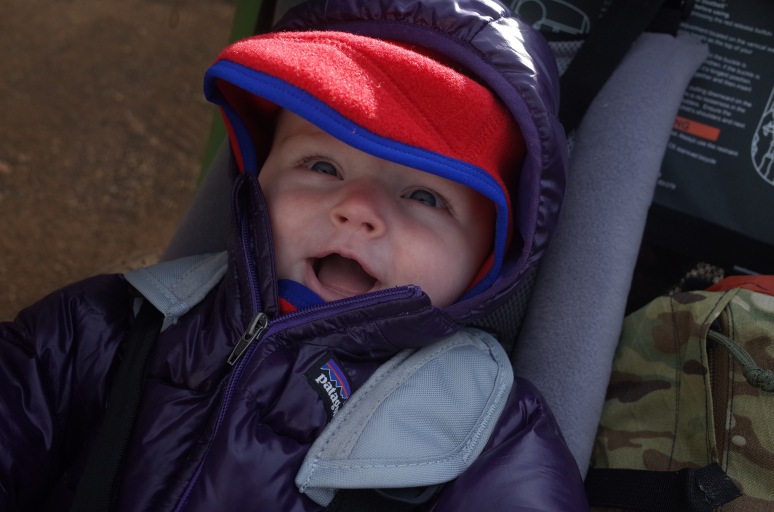 At the second snack stop Little Bear had a fit; screaming as often as breath would permit.  Was he hungry?  Cold?  Sick of being bounced over potholes and rocks in the bike trailer? Four month olds can’t answer these questions, not because they can’t talk but because they can’t parse concepts from emotions, so I was left to wrap him in two coats and rock him until he cried himself to sleep.  At that point I had a hand free to put my hood up and eat more, but he was still wearing both coats and after 20 still minutes the wind was beginning to cut deep.  How cold would you get for your son’s comfort?  A lot colder than this, so I let him nap on my lap for 5 minutes until his breathing was rapid and regular and I was almost certain I could buckle him into the chariot without waking.

He didn’t wake.  Not for the first 20 seconds, not for the next twenty minutes, as I turned squares into what was now a headwind to warm up.  Both feet and both hands were back, the car was a few easy landmarks away, and LB was still lolling asleep when I saw the mountain lion.

The dirt two track ran through willow and aspen thickets along the edge between the upper and lower flood plains, the older separated from the younger by a steep 50 foot bank.  The lion crested the dirt with a flick of its very long tail which could not be missed, 30 yards to the right.  Stopping seemed the right thing to do, so I squealed the BB7s and dismounted.  The lion flattened itself behind a log, and we stared at each other, 20 yards apart.  I didn’t quite yell, but I talked at it very loudly while walking the bike past and away, making sure the cat didn’t move, at all.  Out of sight I got back on and pedaled, fast, looking back often.  LB had woken up during the ordeal, but didn’t make a sound. 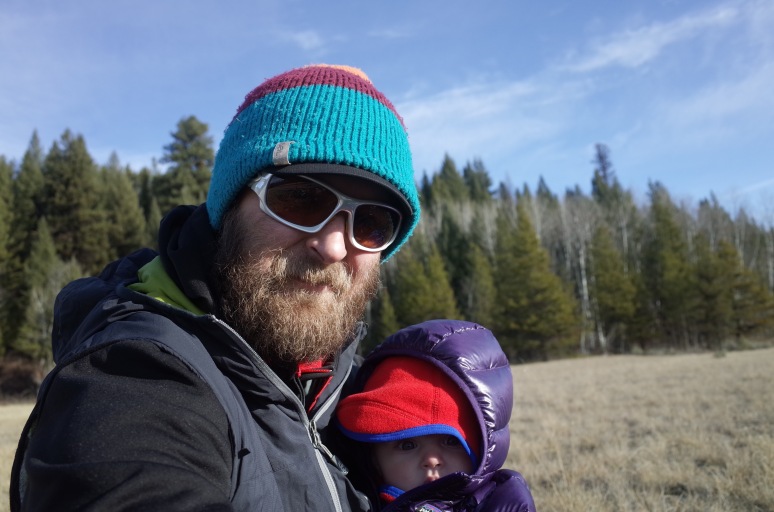 All of which is to say that this parenting thing has become old hat, novelty subsumed in an ocean of inevitability.  We’ll go hunting and backpacking and mountain biking with him because he is part of us, the family, now.  I’m more tired on nights when he doesn’t sleep for eight solid hours, but only because he’s more likely to disrupt my REM.  Less regular sleep and hauling all manner of stuff for every occasion is simply what we do now, and by the time it isn’t M and I will be different enough people that we’ll be moving to another phase, rather than returning to an old one.

Fortunately having a baby isn’t, overall, as stressful or disruptive as I was led to believe.  We are lucky that LB sleeps well and is generally easy to please.  His persistent reticence with his bottle the only thing I can hold against him, even at my most stressed. We’re also fortunate, not lucky, that M and I both love and like each other, and every day we count it as wisdom that we took 11+ years to bring ourselves to this point.  If a magician could give us anything right now, we wouldn’t ask for a week away to ourselves, just more time the three of us not disrupted by work or anyone else. 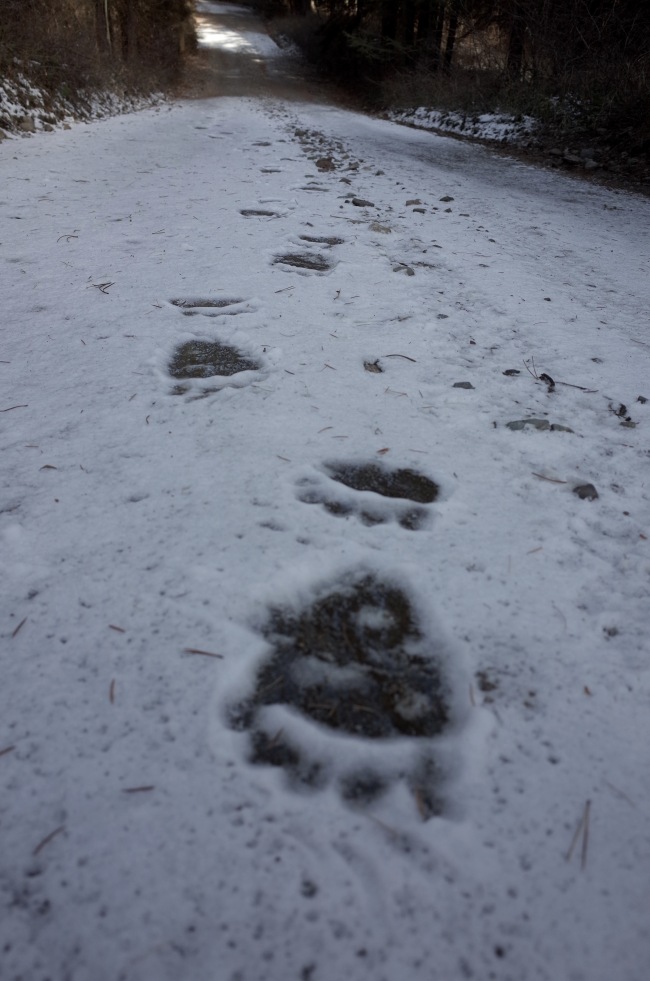 Previously not riding all the way from Polebridge to Kintla and back would have annoyed me, but when our sojourn was cut short by icy hills in the forest and not wanting to stress him too much (for a 19 pound kid bouncing in a trailer harness is hard exertion) I did not mind.  The northern rollers, shaded by old growth spruce, had been a question ever since we passed the road closed gate and found a half inch of crusty snow-ice, complete with griz and wolf tracks frozen deep.  So when we passed the patrol cabin on tenuous ice I was not surprised, and assumed we might stop at the next hill.  I was surprised when, 50 feet from the bottom, a coyote came down right at us and fell and slid 5 feet on its side in the process of swapping tail for nose and disappearing into the forest.  In my amusement I forgot to downshift, stalled, spun out on the ice, almost fell over when I put a foot down, and decided it was time to go back.  22 miles was plenty for both of us.

Good kid gear has been crucial and, thankfully, easy to come by.  The Chariot is as awesome as Eric said it was, and we haven’t even had the snow to take the wheels off, yet.  We got the double model, which with the infant sling installed leaves convenient room for a pack full of gear (or a rifle).  It does fit into our small hatchback, but everything has to come off.  We were able to hit two Patagonia outlets three times total over the past few months, which along with internet sales means that LB is well outfitted (until he outgrows the 6 month stuff).  The infant HiLoft Down coat is better than anything anyone could buy 20 years ago, and while stupid expensive at full retail has been invaluable for cold, windy days.  Otherwise fleece is more practical, easier to grip and better at absorbing drool.  The synchilla bunting suit, which has leg zips which allow for separate legs or one uniflipper, wins the most valuable award thus far, in large part because it allows for minimally disruptive diaper changes.  Unfortunately Patagonia seems to have taken it out of their rotation, replacing it with several suits which all use the one zipper, ankle to chin closure, something to be avoided in every clothing item and clearly not designed by a parent. 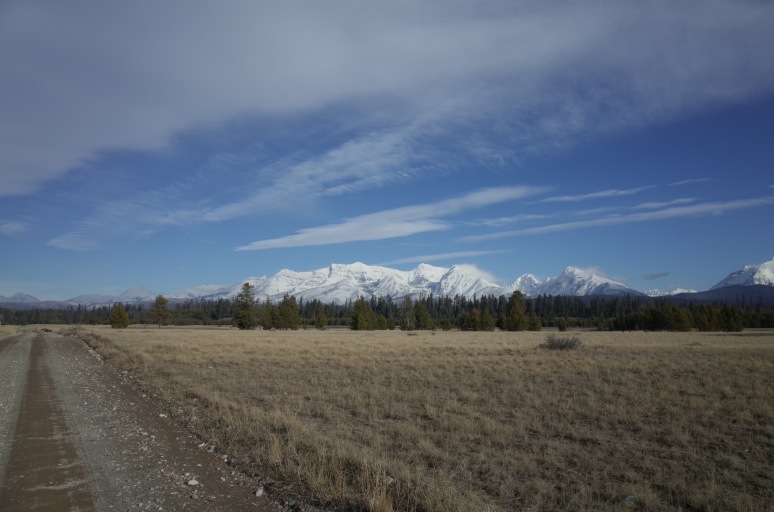 Most exciting; LB now has the size, and close to enough head control, to ride in the backpack carrier.  The possibilities for this winter, and especially next spring and summer, are as big as our will and creativity allow them to be.  Everyone is looking forward to it.