Hunters, Get a tripod

A few days ago I went for an evening hunt on public land, a 20 minute drive from home.  I spent a few hours hiking up ridges, through gullies, and around forests that were the evergreen species different and the cacti a little more robust could be in northern Arizona rather than central Montana.  I saw no live critters larger than the ubiquitous ravens and magpies, and after my mind strayed from the breathtaking range of habitat we in the Pricky Pear Valley have on ready access, I was left to contemplate why I saw no deer or elk, when judging by tracks, scat, and habitat there are obviously plenty of both around. The first reason is the usual one for me; I probably walked too much and sat too little.  I like walking in the woods as much as I like anything on earth, and especially on weeks when hunting is my primary source of exercise I find it hard to not want to just stretch my legs for a few hours.  Strictly speaking, just spending the last few hours of daylight on the first hill I ascended probably would have been more productive.

It’s also been an exceptional dry and hot summer, as you may have heard on the news, and while nothing is burning too locally it seems likely that water sources have been disrupted and critters are moving around a bit differently.

But the real reason I didn’t see anything is that I left my tripod at home.  I always, always bring a tripod, binocular mount, and a small spotting scope when I go hunting, except back in the local town zones around the Flathead, where the trees were thick enough and terrain flat enough that sustained glassing rarely accomplished much.  The new zones are as big and open as just about anything, so plainly I need to change my tactics. 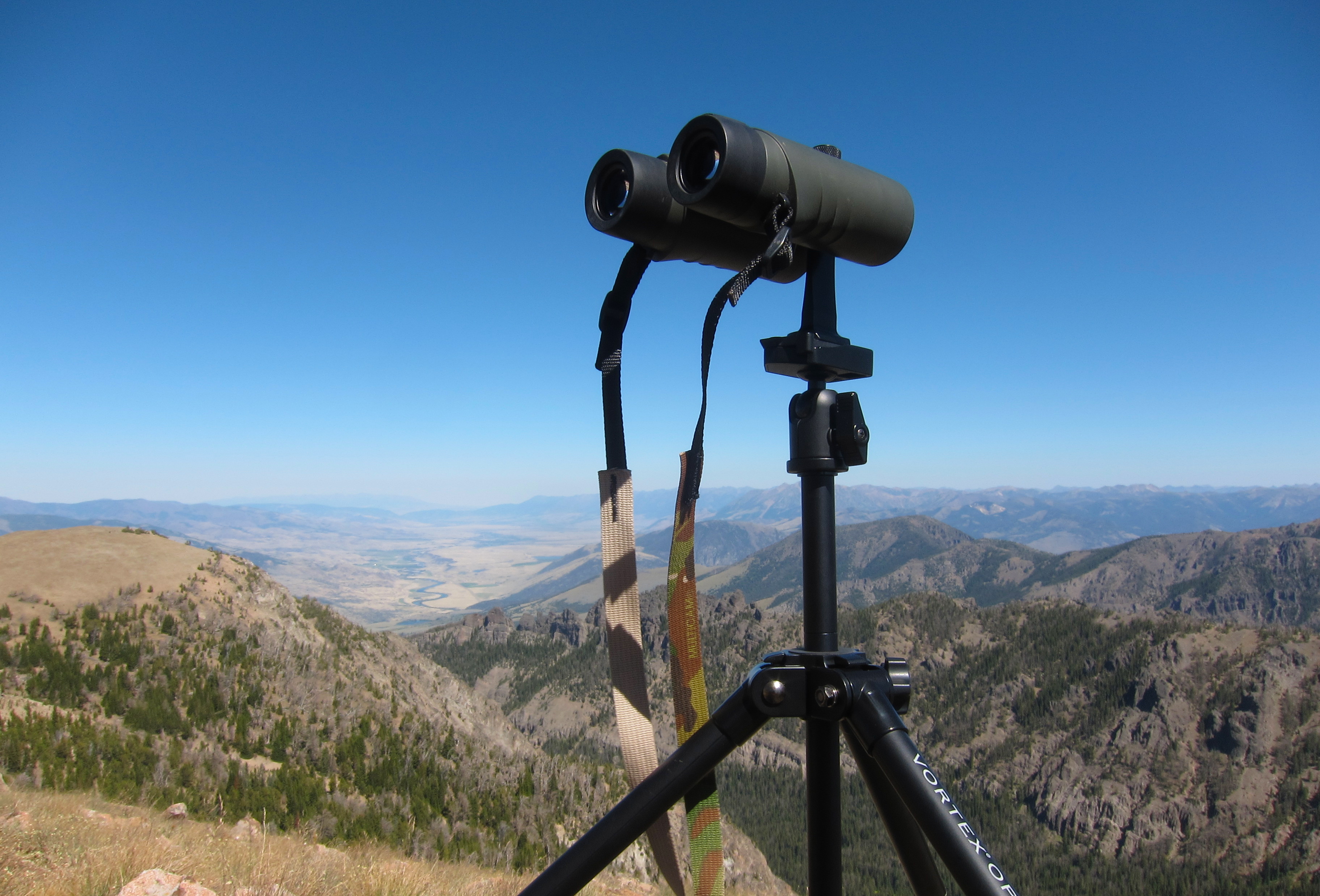 The majority of success in hunting is being where the animals are, and most of the rest is in seeing them before they see you.  Patient glassing is the best way to do that.  Plenty of folks have told me that resting binos on a trekking pole, stick, or the top of their pack is a good enough substitute for the weight of a tripod.

Simply put, they’re full of it.

Even a basic, cheapish tripod like the Vortex Summit I’ve used for the past four years is worlds better than anything less specialized.  One hundred dollars, and 2 pounds of weight, cannot for the open country hunter be better spent.  The Outdoorsmans tripod adapter I’ve been using for the same period has been even more invaluable.  While the Summit is just good, with the ball head being a bit sticky and the tension adjustment less than ideally tunable, the function of the adapter is almost perfect.  There are plenty of copy-cats which have cropped up recently, all of which are probably just fine.  The important thing is to get one that it quick to use and not easy to loose, and bring it pretty much always.

There is probably no easier way to improve your hunting than to get a decent tripod rig for your binos, and use it deliberately.

4 responses to “Hunters, Get a tripod”