The veneration of lameness

This spring I found myself delivering the quintessential adventure parent explanation, caveat, or excuse: that it is possible to have kids without becoming lame.  That I was at the time struggling to both carry a conversation and hike decently fast up a short hill would seem to suggest lameness, at least insofar as my parental aerobic capacity is concerned, but I nonetheless maintained that one can in fact have kids, more than one, and still get out and experience the woods and the mountains and in fact not become lame. 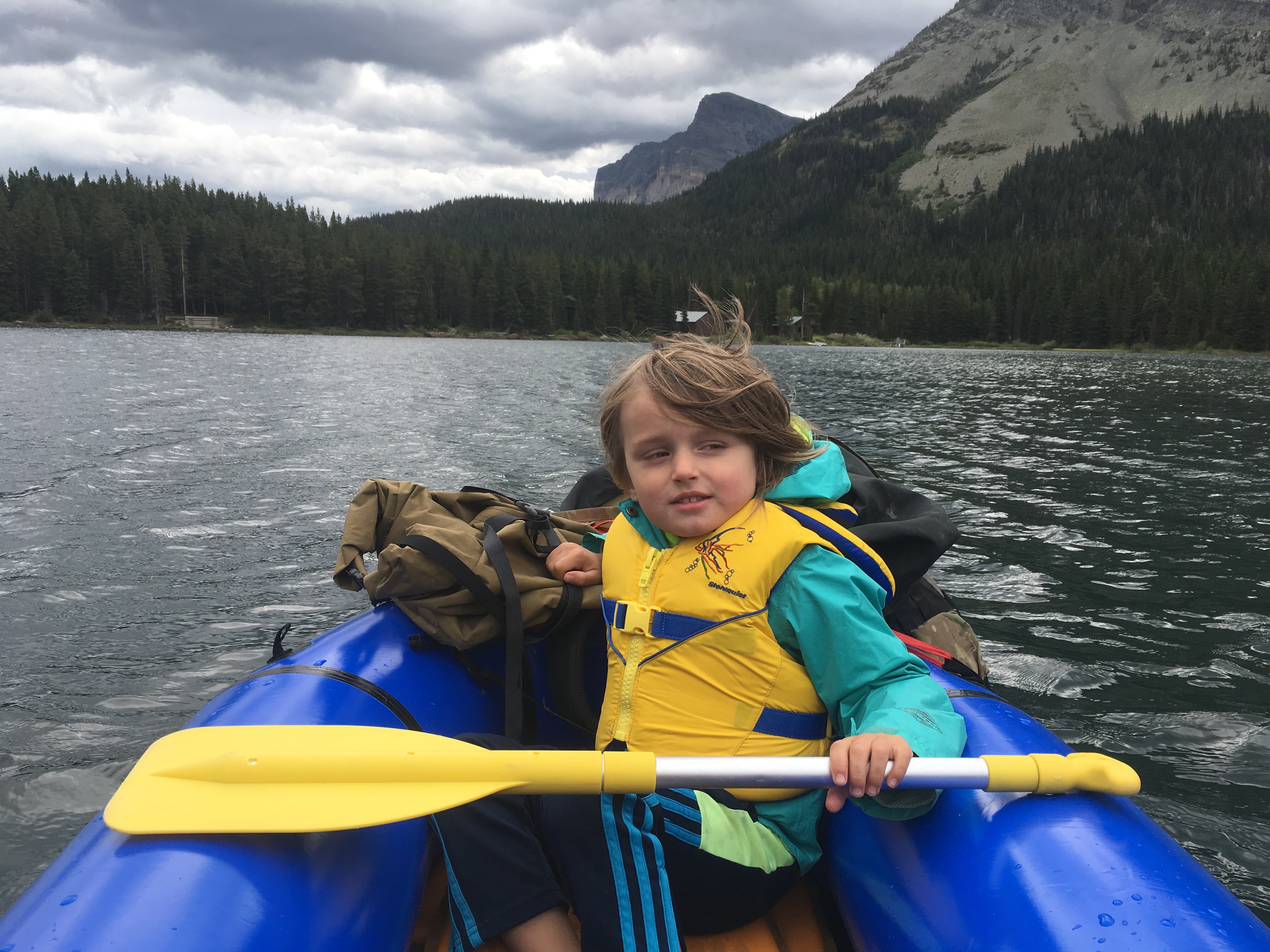 On the one hand this is true.  This past weekend we zipped north to Glacier, went fishing, went boating, hiked most of the way up a mountain, and camped out in a meadow.  We saw many mountain goats in one spot, and on one occasion watched a group gallumph over to lick up our pee.  We wore multiple coats while hiking uphill in August, on a bracing Saturday where the windchill at 7000 feet barely got above 40F.

On the other, we also only went 2.5 miles on our mountain hike, caught no fish, and bailed on our second float when cold drizzle refused to dissipate.  The big child threw small fits over hiking uphill, about hiking downhill, and about my choosing the “wrong” trail back through the brush off the river.  The small child made cute noises riding uphill, and downhill, in the backpack, as well as wailing repeatedly when put in his carseat, and insisted on flailing his way along riverbanks, tripping on cobbles and adding to his vast array of leg bruises.

Soon after bailing on our float we got a flat, limped into town on the donut, found the one place open and able to plug it on a Sunday, and gladly took the chance to visit with friends and be, as the big child called it, “in town.”

As with any thing, the needs of small people are different, and the same, as big people.  They thrive on novelty, on the right amount of ease and challenge, and struggle with boredom.  They find it hard to regulate when hungry or tired.  These needs are simply scaled down.  Adults, especially adults who have been around a bit, like to see what is between two mountains by viewing it from all sides.  Little people and their minds are content with seeing the two mountains via their emissaries, the little rocks which have fallen off into the valley in between.  Little people almost do well getting outside and having an adventure, again, today, but once things proceed much beyond a few miles the wants of the little become subservient to those of the big.

Which reminds us that adventure, especially in the internet age, is always found in the mind anyway.  There is nothing more adventurous than trying, really trying, the impossible task of understanding another person.  Is this task more weighty with progeny than with a spouse?  Your answer tells everything.

By this metric we’ve had profoundly mixed results in a battle with lameness since little person number 2 came along.  Understanding the two of them at home is simply easier, if by easier I mostly mean more predictable.  With answers readily accessible.  Beyond that, after deciding have we the adults sufficient energy, sufficient motivation, sufficient bravery to take everyone and everything important out into the woods this weekend, it becomes a question of matching big person ambition and rules to little person energy.  Do we care to do what is, externally, a boring and short float?  Does that stretch of talus and tundra have enough sections which are walkable by a toddler?  Is there anywhere the national park backcountry campsites are close enough together?  If backcountry adventure is, first and ultimately, about using the implacable, unknowable, constant world (Lacan’s Real) as the only hopeable consistency in a world shaped slippery by language, then taking kids out into this is simply the same old task, layered and fortified.

And nothing is more lame than giving in to our fear, of failure, mainly to dare and to thrive.

2 responses to “The veneration of lameness”