How the Dana Longbed Works

Amongst the few dozen folks worldwide who care about such things, the Dana Designs external frame packs are regarded as the pinnacle of the genre.  I spent a couple hundred field days carrying an Arcflex, and for a number of reasons gladly passed it along a decade ago.  Finding both the load carriage and feature set deficient, I can’t fathom a reason to go back to that tech, but I’m enough of a pack nerd/historian that when a Longbed popped up for cheap enough locally, it was an easy decision to buy it.

First, the numbers.  The early oughts era Dana Designs Longbed is listed as 99 liters, and 7 pounds 13 ounces, stock.  My version, with medium straps and belt, and a regular harness, breaks down as follows:

121.6 oz, total.  Which is heavy, by any modern standard, and really heavy by most measures.  Modern load haulers are generally 2-3 pounds lighter, in a package with similar capacity, but a more sleek feature set.  The Longbed is not sleek, as evidenced by the bag weight.  Four separate zippers, including a huge #10 U zip to access the main bag, are the main source of the overall weight, along with the huge lumbar pad and hypalon reinforced frame sleeve, which are sewn to and thus included in the main bag weight.  In this respect it is the worst of late 90s pack design, complete with floppy, non-functional mesh sides pockets, and a size that isn’t even that capacious (42 inch top circumference).

These criticisms would be valid for almost any pack of that era, making the more interesting question why this most modern of external frame packs might have something to teach us still.  As mentioned in the posts cited above, making a frame both rigid enough for load hauling and not massively heavy is challenging.  On the one hand the 19 oz Dana frame is porky.  On the other, it is more rigid than something like the Seek Outside Revolution, is at 29 inches taller, and that 19 oz figure includes totally rigid cross bracing.  With a modern belt removing 5-6 ounces, and a less complex overall harness design cutting something close to 2 pounds, the Dana frame might be a more coherent package than it first appears. 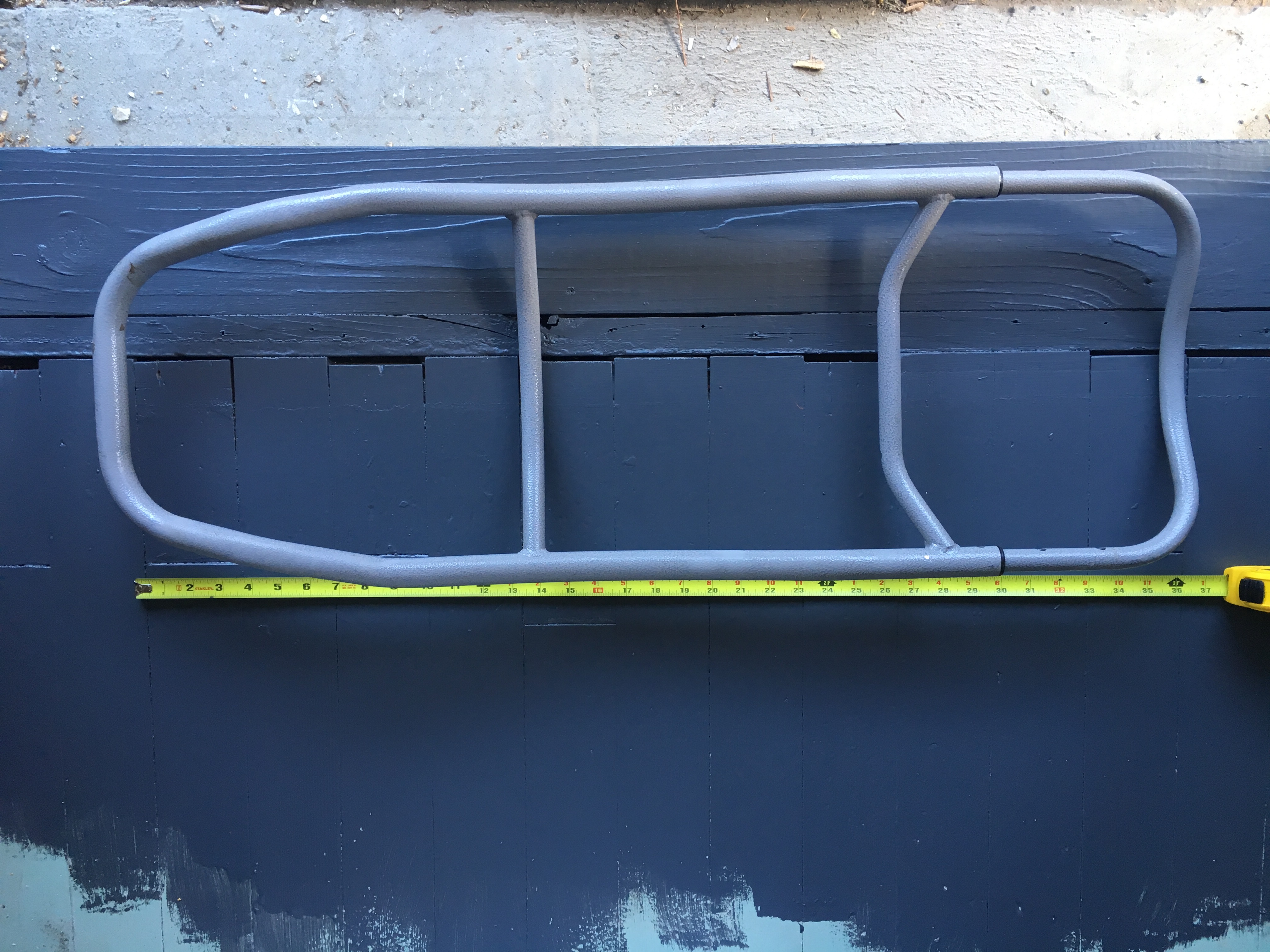 With the top bar at full extension the Dana frame is a full 36 inches tall, a full ten inches beyond most modern hunting frames.  It is also lighter, shorter, and narrower than something like the Barney’s Freighter frame.  The other argument for external frames, beyond the virtues of tubing over stays, has always the footprint of the frame.  The 26″ by 12″ footprint of modern hunting packs (Stone Glacier, Kifaru, etc) equals, when loaded 10 inches deep, 3120 cubic inches, about half a carefully boned out elk, and more weight than most people will be able to carry over rough terrain.  A load bearing footprint beyond this is handy for loads less easily tamed.  A bison hide is an example with which I have personal experience, or a moose quarter or rack of ribs (which many places in Alaska must come out of the field bone in), which explains Barney’s enduring popularity up north.

For myself, I’ve long wanted to experiment with a larger platform for family load hauling, and the Dana frame makes an ideal platform. 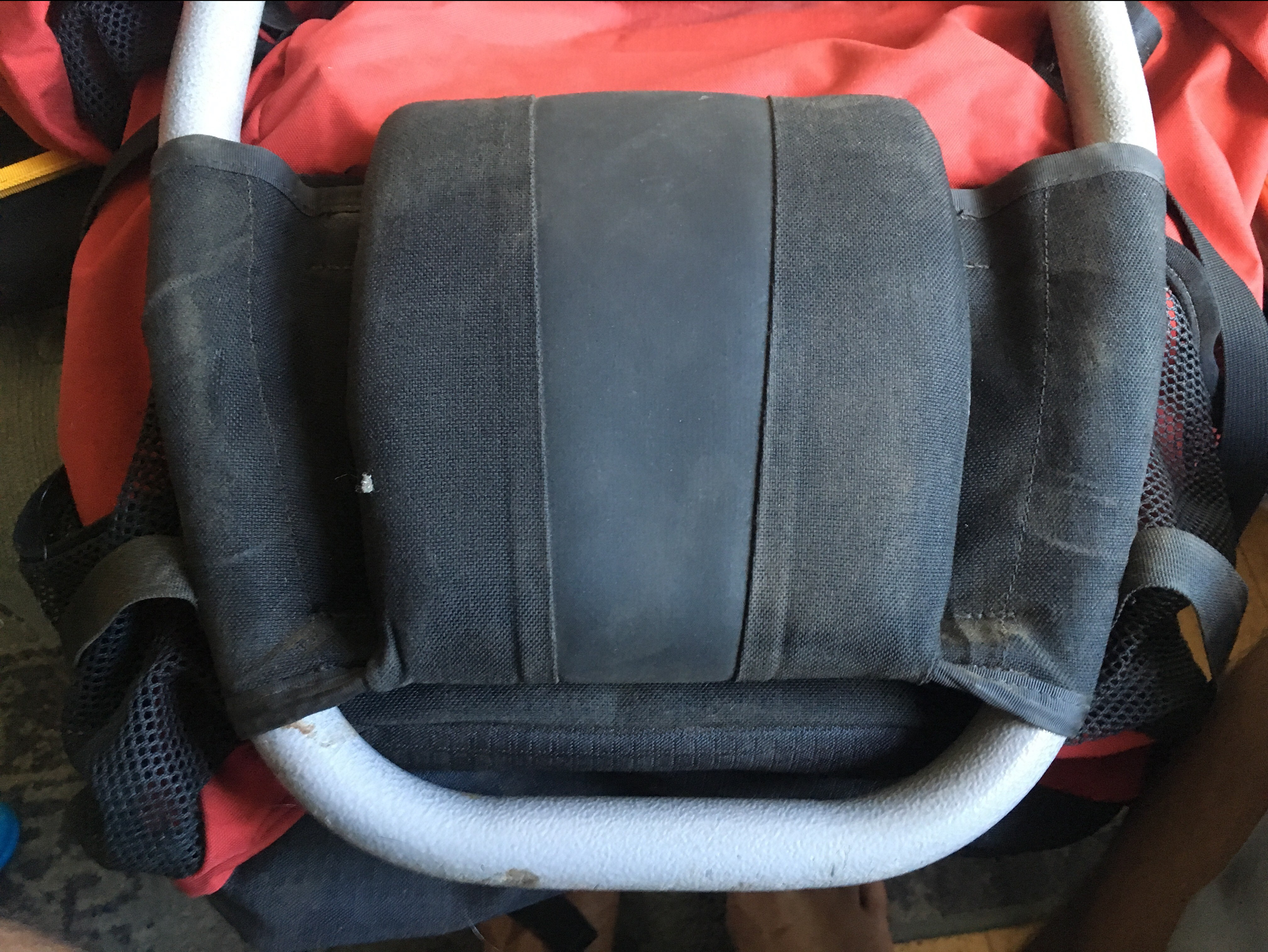 Carrying the Longbed in stock form does not make me at all nostalgic for my old ArcFlex.  The external frame is indeed more forgiving of poor packing.  I loaded up a five gallon bucket of iron window weights, resulting in a load too heavy to stand under without rolling over and crawling upright (a boundary I’ve found that for me is right around 100 pounds).  The adhesive properties of the aggressive lumbar pad and thick, soft hipbelt were immediately obvious, as were their longer term impacts, having to cinch things repeatedly as you travel and motion and gravity combine to help things compress. 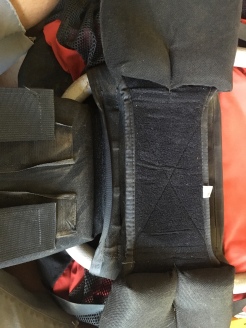 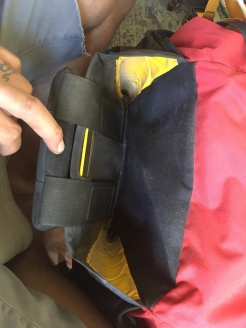 The years have taught me that the rough contours of hips require different sorts of padding compared to the less sensitive, and often concave depths of the lumbar.  But I still struggle to see lumbar pads as anything other than a crutch for fit issues.  I’m excited to experiment with the frame.  I’m also excited to put lumbar pads in the bin until something unforeseen comes along.  Dana packs remain the apotheosis of that design, and this pack not suiting me injects confidence into my dismissal.

5 responses to “How the Dana Longbed Works”