The woods are small enough

It seems to me that hunting is close to turning a corner in the popular imagination.  Sicmanta (watch if you haven’t), the hipster hunting movement, and the reach of hunting clothing all point a finger. Right now I’m less interested in whether this is in fact the case, or in how the space for such a correction came to be possible in the first place, than in why a change in how hunting is viewed is desperately needed, and in how a substantive change might be expedited.

There is a robust stereotype that hunting is an avaricious pursuit not largely having to do with understanding nature, and chiefly governed by either the laws of sloth and convenience, or a remarkably pure, durable, unremediated, and unselfconscious iteration of the greed which killed off in turn the Bison and the megalonyx.  Like all durable stereotypes, there is some truth way back, but I’m quite new to hunting, and the deeper I get the more it puzzles me that hunting is not held up as the closest, most intimate of outdoor pursuits.  Thankfully there are a few basic, difficult solutions. 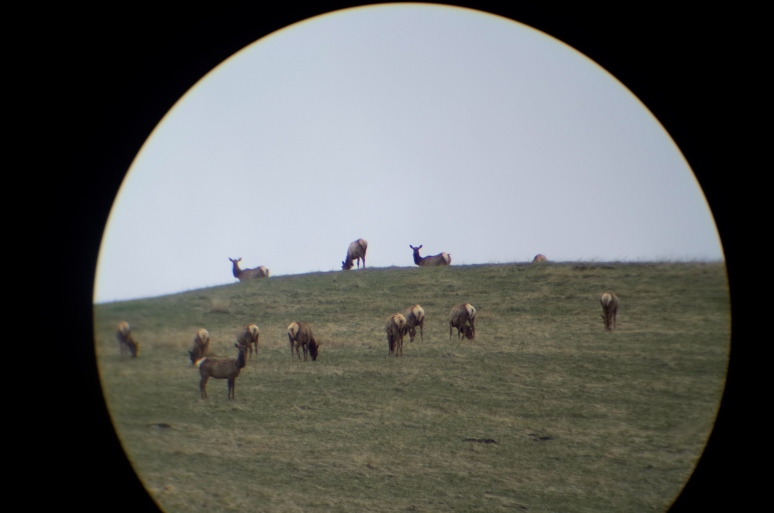 First, hold a fair chase ethic up in the light, for a rigorous discussion which will result in high standards.  These days many hunters talk about the need for unity (against the “antis”) above all else, which is often used to shout down internal criticism.  Bullshit.  There are plenty of traditions within American hunting that the pursuit would be better off without, and apologists should be given a choice: quit or be excommunicated.  Hunting is not primarily about getting good meat to eat, though that should always be a present ideal, it is primarily about undertaking a challenge which will be measured by an impartial, uncaring, often unpredictable standard.  The crux is in seeing to what extent your integrity will not allow you to bend your standards and otherwise take shortcuts on the way towards the goal.  Hunting will be stronger, and better looked upon, when some of those loopholes are simply illegal.

Second, finish the promise of the North American model of conversation and make hunting truly democratic, at last.  Money should be able to buy potential in hunting, insofar as more time in the field increases the odds and also eventually the skill of the hunter, but money should not be able to shortcut the personal development that goes hand in hand with challenge.  Not a few folks noted that the outrage with Walt Palmer this summer would have gotten much less play had he not been of a professional so easily reviled and had he not paid such an outrageous amount of money to shoot a lion.  African hunting is well and truly beyond the appropriate scope of this discussion, but the popular and correct intuition that one can still buy both hunting opportunity and hunting success is quite correct, and I think hunting would be even less popular in the public eye were the true extent of this known. 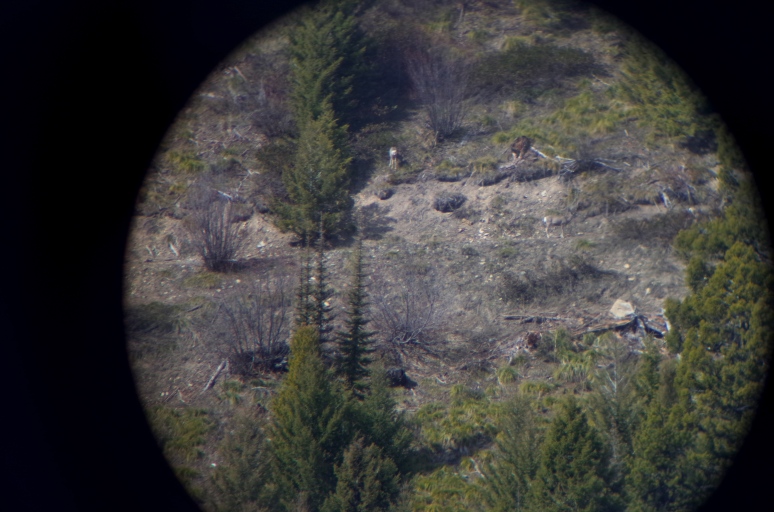 The primary example of the later is bonus points.  All states in the western US, save Idaho, New Mexico, and Alaska, have some form of it.  The idea is that loyalty to hunting and to a given hunt, in for the form of applicating to do a given hunt year after year, is rewarded in the form of points which go into some form of weighted lottery.  All of the schemes are complex, some impressively so (when it takes an intelligent guy 16 minutes to even begin to explain, that shows something).  The problem of course is that they do not work.

Many/most desirable elk and deer hunting opportunities in the west, and (almost) all sheep, mountain goat, and moose opportunities, have vastly more interest than their are animals to hunt.  Montana’s sheep unit 680 in the Missouri River Breaks is broadly considered the most desirable bighorn hunting area in North America, because the country is comparatively easy to hunt, up and down river access is possible via power boat, and because the sheep grow enormous, record-book horns under the influence of (comparatively) mild winters and the proximity of agriculture to supplement their feed.  In 2014 8322 people applied for 25 tags.  Utah’s Henry Mountains are typically considered the best mule deer hunt on earth.  In 2014 6803 people applied for 24 tags, and that is just Utah residents applying for the rifle hunt.  4091 non-residents applied for just three tags available to them for the same hunt.

The problem with bonus points is that mathematically they provide little to no advantage for those who enter the scheme and begin building points on year one, and disadvantage those who come later.  As Mr. Jacobsen writes above (with more detailed numbers than I’ve provided here): “There is a situation where Bonus Points would be beneficial, but it is only in hunts where the odds of drawing are greater than 20-25%. Less than that, and they provide no measurable statistical advantage, even to those who get in on the ground floor. However, they severely penalize those who come in just 3-5 years down the road.”  The only explanation for bonus points is selfishness.  They favor those who are already in the hunting game, and more broadly those who can afford (both financially and otherwise) to build points long term in a number of different places. 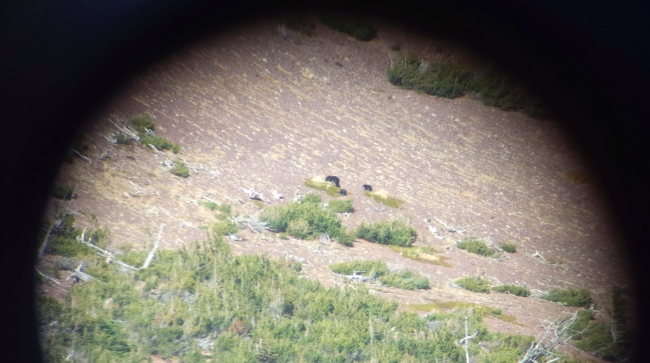 A example of fair chase, broadly defined, is exemplified by this recent New York Times article.  It is fair chase to shoot game birds which are farm-raised and placed on the woods an hour before you head out, shotgun in hand?  How about when those birds are whirled around in a sack before being let loose, so they’re more likely to stay put?  It is fair chase to be able to hire someone to perform this service in the first place. or to hire someone to take a novice hunting at all?

These same questions can be asked of big game, if that makes the conundrum more immediate.  Texas, due to its odd history, has very little public land, which means that most of the hunting takes place on private ranches, which in turn means that 21st century hunting evolved in a very different way.  The distinction between wildlife, which is owned by the public and can be hunted, and livestock, which by definition is both privately owned and unhuntable, is in Texas almost nonexistent.  On one ranch, to cherry pick Google, one can hunt native animals such as doves, turkeys, and whitetail deer (literally paying by the inch (of antler, 190″ starts at US 8950,”…every year we harvest 50-60 bucks scoring from 170-240 B&C, thanks to our unbelievable genetics and year-round protein feeding program”)), as well as Zebra (US 5600), Aoudad (aka Barbary Sheep, native to North Africa), Nyala, Bison, Water Buffalo, Axis deer, Fallow deer, Yak, Red deer, Black or Blue Wildebeest, and Oryx, among others.  Because the exotic critters are privately owned they are not subject to hunting regulations, and therefore one can hunt year round (and because Texas is accommodating such places can provide extended hunting seasons on native animals such as whitetails).

While I have no reasonable idea if the hunting on the Lonesome Bull Ranch is challenging (the “pick of the ranch” hunts make one assume not), it is easy to imagine that a hunt for exotics on a large private but fenced parcel could be a fair hunt, insofar as the terrain might make locating and closing the distance on an animal tough. That however is a low bar, and this sort of thing is just not hunting.  I think it is fair to assume that most hunters would not be interested in this sort of thing, and probably unfair to paint all high-fence operations with the same brush.  But it is also true that hunting has an image problem, and high-fence, a la carte hunts do far, far more harm than good. 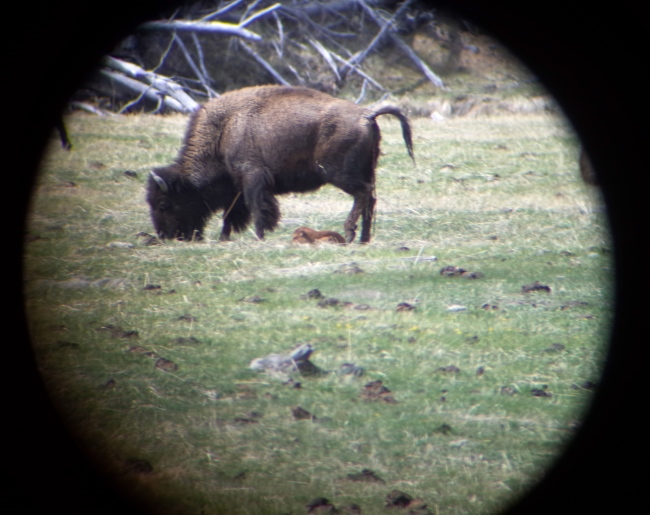 More examples, which are less clear cut, exist.  Governor’s Tags are commonplace throughout the western states, which are hunting permits available at auction to the highest bidder.  The particulars vary, but at minimum they allow the tag holder to hunt a given species in any hunting zone they choose.  The aforementioned Missouri Breaks sheep unit is most often where the winner of the Montana sheep auction goes, and because of the size of sheep and ease of access in that unit this Governor’s Tag usually sells for between a quarter and half a million dollars.  While the proceeds from these tags provide valuable funding for state wildlife agencies, even people like the CEO of the Wild Sheep Foundation (who administers and benefits from many Governor’s Tags) admit that it is “a bastardization” of the North American big game model.  These auction tags raise more money more easily than the lottery tags many states also use, but is the reinforcement of the image of hunting as a rich colonial sport whose secrets are on sale to the highest bidder a lesser evil than the money raised?  (Listen here if you want a more detailed account of how these kind of hunts distort hunting.)

I would say, obviously, in the short term the money is the greater good, and in the long term the damage to hunting will eclipse that good.

Hunting is a wild sport and ought to be practiced as such.  The Boone and Crockett Club should go into voluntary hibernation for the next half century, as any good they were founded to do is outdone by the extent to which score corrupts hunting.  Bonus point systems and Governor’s Tags should be done away with.  Road should be closed.  Montana’s general season deer tag, which allows residents to hunt a deer in almost every corner of the state, should be good for a buck only every other year, alternating with does.  Drones, two way communication, and trail cameras should be forbidden during the hunting season.  Hunting party size should be limited to the tagholder plus three others, disabled hunters excepted.  Woodcraft and intimacy with the land should be celebrated, be it in a Idaho Canyon or Missouri river bottom.  The worth of the hunt ought to be measured by the adventure squeezed out of the hunter.  It should not be for sale, for anyone, for any price save that of sweat, frustration, and time.

8 responses to “The woods are small enough”