I’m finally on the other side of the coin.  As one of the main folks at Seek Outside who sifts through and arbitrates requests for free stuff from the media and general public, I have in the last few weeks gotten to sit in the seat I used to be looking at from a distance, as a writer for both this blog and other more organized publications.  What follows are a few suggestions for those who might want to mooch (“request samples”) in the near future, particularly from a smaller company like ours whose production is entirely domestic.

My new MTI Vibe PFD, which I asked for and was sent free, is a decent example.  I saw the Vibe at OR this past August, was impressed, and told the rep at the booth as much.  I wrote a post here which got a lot of traffic, and sent a lot of traffic MTI’s way.  A few weeks later I sent the same rep an email expressing interest in mooching one.  She expressed a preference to give me an initial production sample, due in a few months.  I responded that this would make for good timing, as I’d have just moved to a place with unfrozen water, and could put the PFD to immediate and good use.  I made good on my word, and as of this writing a version of our Gunny Gorge packraft video is up on the product page.

All of that is to say that when properly done mooching can be mutually beneficial, and indeed lack in parasitic attributes almost entirely.  I gave MTI press of consequence, and in a market they’d do well to have a bigger presence, and I got a free toy I could put to use in something I would have been doing anyway.  An ideal scenario.  This example also points to the extent to which this is an insiders game, I obviously would have had a harder time getting things started without being at OR, an insiders-only event by definition (though it’s gotten a lot easier for small-time bloggers to get media passes).

While the cloistered myopia which often blankets the outdoor industry is properly regarded as detestable, their is a large extent to which the insiders mentality makes sense.  Specifically, that would be the first rule of getting free stuff: have credibility.  In the youtube era the number of “gear reviewers” is nothing short of appalling, and while unboxing videos may drive traffic that traffic is shallow.  Clicks this week and long term growth are not the same thing.  Big companies with manufacturing in Asia and retail markups in excess of 50% can afford to use a shotgun approach to publicity.  Smaller companies cannot, and the first two questions I’ll consider if your request to mooch comes up on my screen are do you know what you want to talk about, and will you communicate it effectively.

This actually gives little guys the advantage.  Big publications, especially print media backed by multinationals, may have large followings and a big voice, but that reach tends to be shallow and the probability with which their coverage inspires action (e.g. buying stuff) low.  People, especially people who are going to spend the big money a company like ours ask them to spend, want comprehensive information.  Last week I had a editor from a major, longstanding outdoor magazine tell me that their status as a paper publication precluded them from doing the longer form, online review sites I had compared his magazine to, in the course of asking him to explain why his was for us the better investment.  It is both nonsensical and a terrible, explicable irony that the old guard, tied to add revenue and circulation numbers, must compete for numbers in a race to the bottom as far as material quality and attention span are concerned.  It begs the question of who is worse off, online niche publications with their vague financial models, or print magazines with their increasingly bankrupt content?

Which brings us to the second rule of getting free stuff; have integrity.  At BPL our review disclaimer used to say that items were accepted from a company with no obligation to publish anything.  Editorially this makes a certain amount of sense, especially in a world where company-sponsored gear release trips are often used to buy gear of the year awards and the like.  But on a personal level it is bullshit.  At even the biggest company actual people put a lot of their selves into designing and making something, and if they give that to you for free it is a moral imperative to be respectful.  Even if the items existence doesn’t make much sense to you.

At the same time, quality content is important for a company.  I’m disinclined to send free stuff to a big magazine because they might have it for six months before producing a 180 word blurb stuffed in a sidebar.  I’m similarly disinclined to send something to Joe’s Survival and SUL carpet-testing blog, because he only has 200 instagram followers and just as seriously said feed lack any outdoor photos beyond those taken in his backyard.  Good social media gives just as many referrals as a quality write up in a major publication.  Individuals who provide good exposure (and are doing inspiring stuff) are just as valuable as magazines with a track record of integrity and good grammar.

To summarize, try to earn what you ask for.  The internet is a great democratizer, and that has done many of us incalculable favors, but that should not cheapen achievement, on either side of the gear selling coin.

8 thoughts on “How to get free gear” 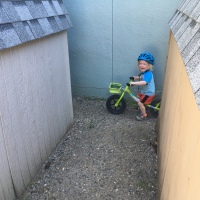