When we moved to Montana a decade ago I knew a bit about groomed nordic skiing, and very little about in-area downhill skiing, and almost nothing about anything else.  It’s been quite the learning curve since, with the predominant question being not so much what gear and skills I need, but why there is so little gear and information aimed towards the skiing I want to do.

There are a number of good answers here.  Multiday winter travel is hard work, unpredictable, and potentially dangerous.  It gives insight into what the major North American wildernesses would look like in summer if maintenance of historic trails was not such a priority.  Backcountry alpine skiing fits with the cultures current attention span and preoccupation with visuals, as well as into short weekends.  And climate change is making good, skiable snowpack outside higher elevations an increasingly unreliable thing.

Despite all this I’ve sorted out the rig which works best for the trips which are my favorites, even if that equipment remains fraught with compromises.

Boots are the most important piece of gear, in winter and summer, and for backcountry nordic the hardest thing to figure out, and thus the best starting point.  Tech or three pin remain the only real choices.  Tech boots mean warmth and waterproofing, tech bindings mean free pivoting on the ascent, and functionally infinite downhill control.  The shortcoming is that I know of no one, not a single person, who has gotten through a longer nordic backcountry trip with tech boots and didn’t also have destroyed feet.  Consecutive long days is one factor here, but the larger issue seems to be the greater foot movement flat and rolling movement engenders, compared to the skin-up, ski down action for which the boots and bindings were designed.  I’ve been there, and had both the control on sketchy descents, and the feet still warm after being submerged in freezing temps, and the layers of blisters and bruising which tooks weeks to heal.  For the time being I’m taking flexible three pin boots, which have the additional benefit of being walkable during the bare stretches which are an increasing feature.

Fishscales are, around here, mandatory in the backcountry.  Skins only is not a viable option, even if race-style, near full length mohairs are a fantastically versatile and obligatory part of any backcountry ski kit.  Skin glue failure under harsh conditions is guaranteed, and while kick wax is often effective, over variable snows and temperatures removal becomes a time suck at best, and a creeping liability at worst (kick wax does bad things to skin glue). 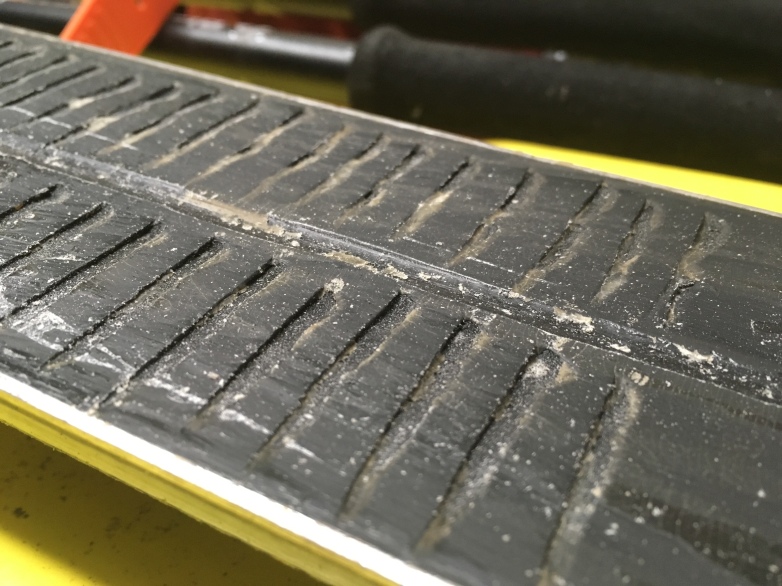 My favorite generation of skis are the older Fischer S-Bounds.  They have stout construction, full steel edges, and thick, hard, sintered bases.  The 169 Outtabounds Wax I picked up used years ago has been on many trips, and has gone from being mounted with three pins to tech race and back to three pins.  I finally bit the bullet the other night, discarding many ideas for jigs, and freehanded in negative fishscales with a dremel bit.

Even with flexible boots I’ll occasionally want to skin steep stuff with these skis, so I added heel plates and lowest heel lift Voile has ever made, which is still a bit too high for efficient striding.  To mitigate this, as well as reduce the increase in ramp angle, I put 2mm of stainless washers under each mountain screw.  More would have been ideal, but even with longer screws increasing the leverage was a durability gamble I did not want to take.

Speaking of mounting, failure is not an option I ever want to experience in the field.  Gorilla glue in the holes has proven solid over the years, while still being extractable (with abundant heat on the screw).  I add a generous ring of silicone around the head of the screw before final tightening to make sure water intrusion is never a factor. 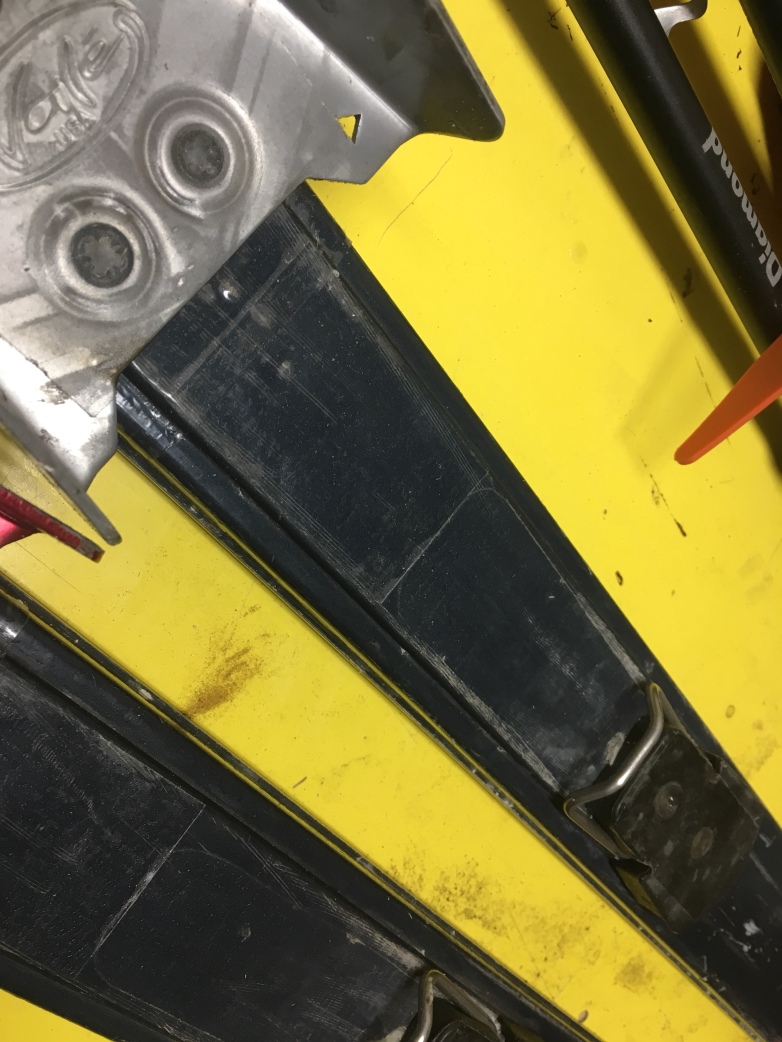 Icing is a huge nuisance in the backcountry, and avoiding it can vastly increase efficiency.  I’ve finally started going full on with all my skis, applying clear protective tape to the binding face, the heal lift, and the entire surface of the ski between the too.  Combined with a sintered base and good glide wax application, this prevents almost all ice and snow build up.

Observant folks will have noted the dimensions of these skis (90, 70, 80 mm), along with the 169cm length.  The former is a nice balance for off track conditions, while being too wide to fit in groomed classic tracks.  Wider can be nice during heavy trail breaking, but I’ve rarely found myself wanting that, often to my surprise.  It’s enough sidecut to turn, without ever being hooky.  Most significantly, that length is far shorter than my weight (easily approaching 200 pound with gear and a pack for 4 days) would ever suggest.  Longer skis are faster is straightforward conditions, which I don’t see all that often, as well as provide more float, again, for mid elevation routes often not much of a factor.  What I do value is the manuverability and ease of carrying provided by a ski no taller than my chin.  Advice which might not apply to other conditions, granted.

For broader thought, my Oversnow travel overview from a few years ago is a good place to look.