It is that time again, when clothing choices are not mere subjects of fancy and fashion but tangible margins of safety. While the exact percentage is up for debate, thermoregulation on and of the head remains the easiest way to get a leg up here. Last winter I wrote about hats, and this summer wrote about a new favorite visor. What follows are my current thoughts on this subject. 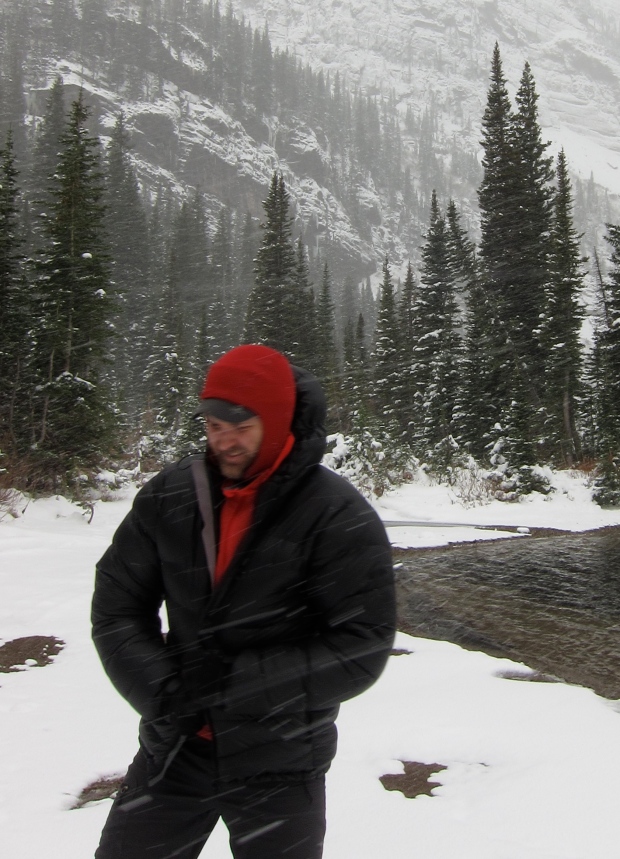 I find a small brim handy most of the time.  When lenses fog it will keep snow out of your eyes, and on sunny days act with glasses to fight snowblindness.  As I mentioned above, the Neutro dries well enough that I’ve continued using it on almost every trip since the snow started flying.  For warmth I’ve taken to wearing it over my original Buff.  The Buff keeps my ears warm, and doesn’t move around no matter the activity.  Often this isn’t enough, and that is when the Cap 4 hood comes into play.  No Josh, I didn’t cut the second layer out.  Hoods are better than hats, if they are designed as well as this one, because they seal out every little draft.

Lately I’ve been playing with the Icebreaker version of the Buff, to see how pure wool does in this role.  The Icebreaker is bigger in both diameter and length, which is appreciated as I find the Buff a bit too small when twisted in half as a double-layered beanie.  Having an extra is a good idea, to switch out when they get sweaty, and because small things like this often get lost.

Occasionally more warmth is desirable, or for day trips and walks around town something less technical is nice.  My new favorite here is the Swix Gunde hat shown above.  Still quite light, with a wool/acrylic main fabric and a polypro liner in the headband.  Warm, but not too warm, not scratchy even after many days, and long enough to cover my ears.  The poof on top is steezy but not practical, as it doesn’t fit well under a hood, and doesn’t fit under a helmet at all.  It can be easily removed by cutting a few strings inside the crown.

No doubt my arsenal of hats will continue to grow, but these are the ones I have now, and they work well.