The gift guides this time of year become too much very quickly. While your loved ones no doubt deserve plenty, and there is little more fun than a good gift given, most of the talk here too baldly feeds consumerism and is often just an amalgamation of press releases in disguise. To honor this bullshit, I’m spending the next week reaching for the oldest, most steadfast, and least dusty items in my closet and basement; those pieces of outdoor gear which have best stood the test of time. They’re not dusty because dependable stuff saturated with pieces of memory is what get used most often. For the most part this stuff isn’t sexy, none of it is new and exciting, and some of it is only available in revised models, but all seven items will make good gifts, because they’ll all be around a decade hence. 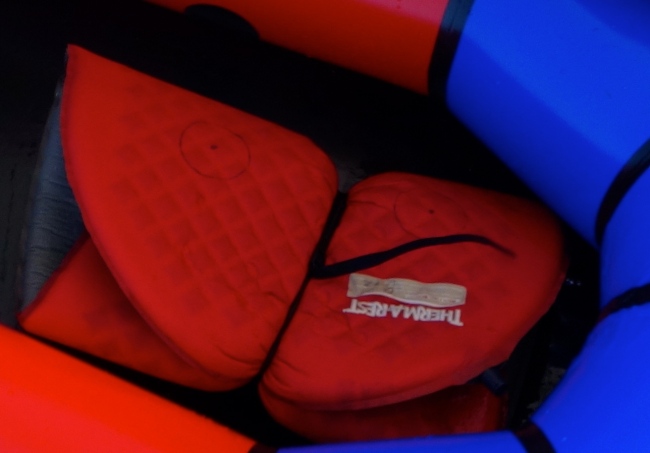 I finally had to patch a tiny hole in my Theramrest Prolite XS this July, which was the last step for this little air mat to pass into the canon of shit that works. You never really know your gear until you break it, which with something as well built as the Prolite makes for a long courtship. Now I know what it takes to put a hole in one (sleeping without a groundsheet on a spiky flood plane), and how easy it is to find and patch a hole (very). I also know what won’t put a hole in one: many nights sleeping without a groundsheet on sites just a little less spiky, as well as use as a packraft seat for my Scout. In short, the Prolite will go a fair bit beyond spec for years on end without ill effects. For something which I consider rather expensive (MSRP of $79), this ought to be the norm.

Side sleepers, folks with curvier hips, and those who don’t sleep outside much will all find the Prolite a little hard compared to the bouncy-castle mats which dominate the market. On the other hand, for me the Prolite was a concession that a Ridgerest no longer quite did the job on the compacted dirt sites of Glacier and the sandstone slabs of the Colorado Plateau. It may not work for everyone, at least not without a bit of training, but the Prolite remains in my book the best sleeping pad currently available, balancing longevity, comfort, warmth and cost in a very sustainable fashion (in winter, use it atop a full length foam mat). It may not have the wow factor of an XLite, but it’s also not like giving someone a 180 dollar potato chip bag.

11 responses to “Shit that works week: the Thermarest Prolite”