Disclaimer: no way around it, I’m biased as hell about this pack.  Seek Outside gave it to me for free, and it is based in small part on feedback I gave on previous Seek Outside packs.  Beyond that, I like the folks at Seek Outside a lot, and they’re always a pleasure to talk to.  That said, I know they wouldn’t want me to hold back when discussing their work, so I’ve done my best to give all aspects equal weight. 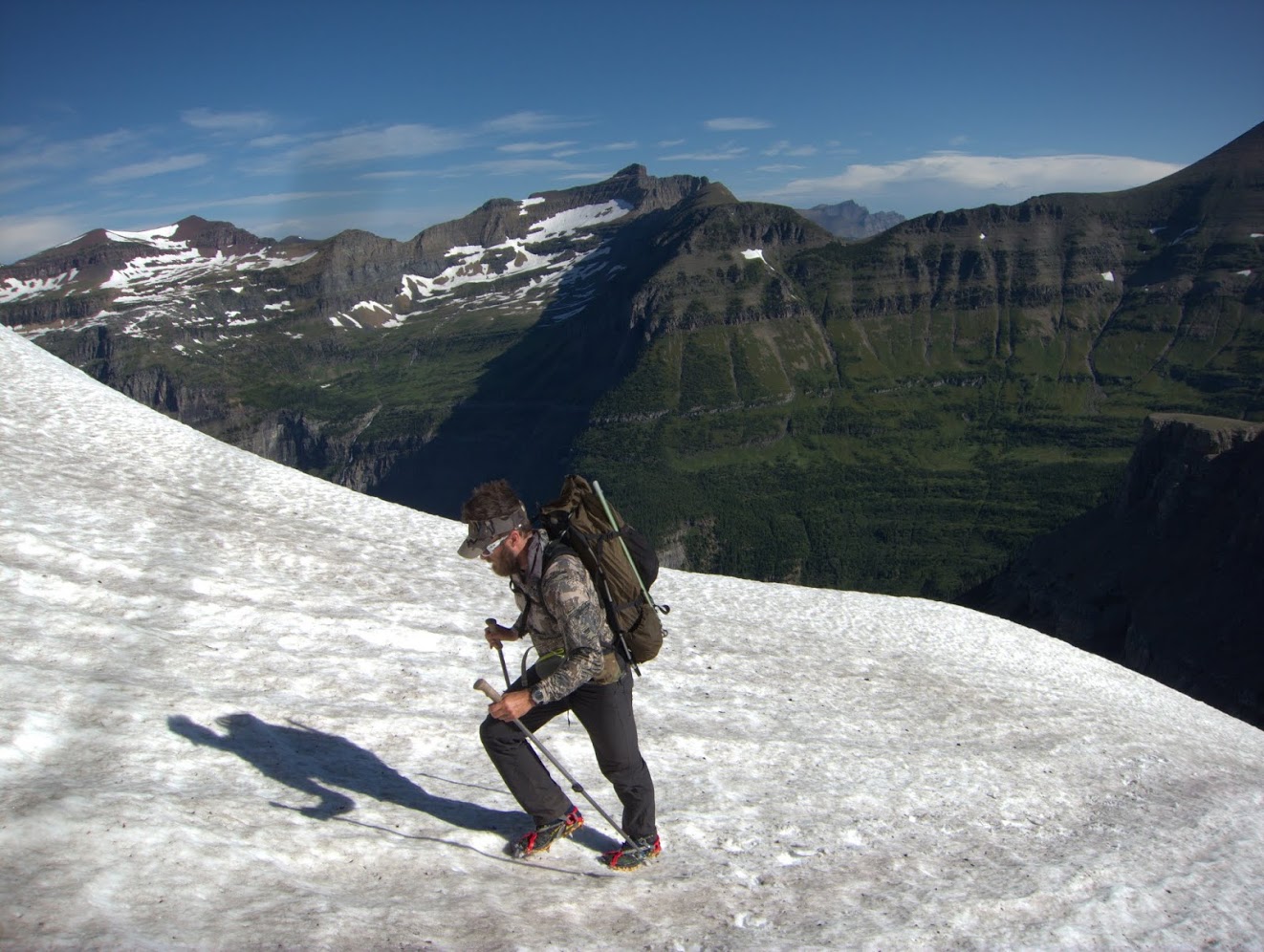 I think the Seek Outside Unaweep Divide 4500 (hereafter, the Divide) is a damn good pack.  For a lot of people, and for a lot of uses, I think it is one of the very best packs money can buy.  It is also one of the best values to be had in the pack world, when one takes weight to function into account, and especially if one cares to enter the fact that it is sewn in Colorado into the equation.  I have a number of small complaints concerning the Divide, but overall it is a nearly mature product.  When a fully dialed feature set is added to the existing stellar suspension, the Divide will be a remarkable backpack.

I discussed the dimensions and features of the Divide here, so if necessary peruse that before proceeding, as familiarity will be assumed.

The shockcord cinch on the side pockets has been one of my favorite features.  It is dead easy to loosen a pocket, get something out of it, put it back, and cinch it down, all with one hand while walking.  The pockets can be cinched very tight to provide security while bushwacking.  They do need to be a bit bigger, and a bit taller on the non-user side.  When the main bag is really stuffed full of hard objects (like a rolled up packraft), fitting a standard 1 liter nalgene is a bit harder than it ought to be.  But overall, A grade on these.

Historically I haven’t been a huge fan of mesh pockets, but the Divide one isn’t bad at all.  it’s big enough for plenty of clothing, a wet mid, or even a pair of crampons.  The shock cord cinch closes it securely.  I go back and forth on this feature, on the one hand I want it taller, broader, or both, or even replaced with a big bellowed zip pocket.  On the other it works fine as is, and much of the time I could do without it at all.  The mesh has stood up to abuse very well, including being hauled up a few chimneys with crampons inside.  No real complaints.

The lash straps below the mesh pocket I also have mixed feelings about.  It’s not really a good place to put much, besides a foam sleeping pad, and I can’t imagine anyone actually carries a bear can there.  On the other hand they are removable, potentially handy, and extending the mesh pocket longer would be a likely invitation to overstuffing.  My one sustained quarrel is with the metal bachelor buckles, which require tension to stay put when not in use.  I’ve replaced these with Kuiu hook/carabiner buckles that stay hooked when loose, but can be detached when tying on something bulky.

The bachelor buckles on the compression straps I like, but they need a small modification to work ideally.  They great because they detach like a quick release, while being unbreakable and being much shorter.  This last is important because it gives the compression straps more travel, and allows the bottom of the pack to be pinched off completely when hauling meat while hunting.  The downside is that they unhook when loose, which can be a pain.  The solution, seen above, is to sew a slightly greater than 1/2″ loop into which the buckle can hook.  It will still come loose, but only with enough effort that it is never accidental. 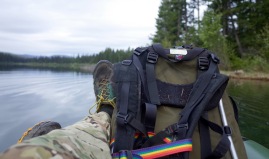 The harness, hipbelt, and frame are the same Seek Outside ones I’ve been raving about for years, and the last few months of trips have only reinforced my enthusiasm.  It is an external frame, insofar as the frame is outside the bag, and in that the frame doesn’t give or flex under load, and can thus support whatever your muscles and will can.  At the same time, the frame flexs with the body when necessary, and is wide enough that the load wraps around your hips, and is uncannily stable.  In most places there’s only a single layer of fabric between your back and the pack contents, the result being that the Divide is below 20 pounds second only to frameless pack when it comes to dynamic stability, and at 25 pounds and above is the most stable, body hugging pack I’ve ever used.  It is, to put it mildly, counterintuitive that the same pack which can haul out a deer in one load can also stick to you while downclimbing 4th class choss, but the Divide does exactly that.

I do dislike the way the load lifter and top strap buckles are sewn into the same bit of webbing, with some slack between them and the frame.  This is intended to introduce some give into the unyielding frame, which makes sense, but on the rare occasion you need to tighten the hell out of the both the top strap and load lifters the result is an irksome tug of war.  I cut and resewed the load lifters to remove this source of conflict.

Having a 21″ torso, I’ve been running my pack with 2″ extensions cut down to 1.25″, which gives me just a bit of additional lift for heavy loads.  25.25″ isn’t as good as the full 28″ of my Revolution frame when it comes to straight hauling, but it’s a good compromise that ensures I never have to fiddle or adjust anything, no matter when the trip.  At this height the frame is still tucked up against the bag quite seamlessly.  I recommend anyone with a torso of 19″ or greater order 2″ extensions with their Divide so they can experiment.

Other details and complaints are minor.  The X42 fabric is tough as, and the olive a nice low profile color I like (though it sucks in photos).  The lack of a white interior scrim makes it a dark hole of a pack, and finding stuff at the bottom can be a chore.

The tapered packbag is one of the more inobvious strong points of the Divide.  Volume increases exponentially as you fill it further, which means that a bag barely filled to the top of the frame (top photo) is a much smaller one than the same bag stuffed full.  In short, the Divide accommodates both a full load and a partial load quite well, with minimal sag and flap.  The tapered bottom panel, which slants both in and back, does a fantastic job of sliding off ledges and snow, and adds to the climbing prowess.  I do wish the bag were just a hair (2-3″) taller to provide more overload room, and that the rolltop stiffener was stiffer.  I prefer to clip the rolltop to itself, which is faster and cleaner then using the side straps (which I remove).  A stiffer closure would make it easier to get a good seal when the bag is close to max volume.

The Divide isn’t a sexy pack, unless your definition is centered around spare lines which cede nothing to anything but function.  But it has that in spades, which makes it equally suited to backpackers of all stripes, hunters who prioritize weight, and semi-technical mountaineers and canyoneers who need both load carrying and agility in the same package.  All the bad things I can say about it are pretty minor, and for personal trips this spring I’ve used nothing else, which I suppose is all the endorsement I need to give.  Because of its spare elegance and above all versatility, it is probably my favorite pack, ever, or at least thus far.