Shit that works: the Rocketbox

Our Yakima Rocketbox turns 20 this year.  Over that time, few other items have been as consistently useful when it comes to outdoor adventure. 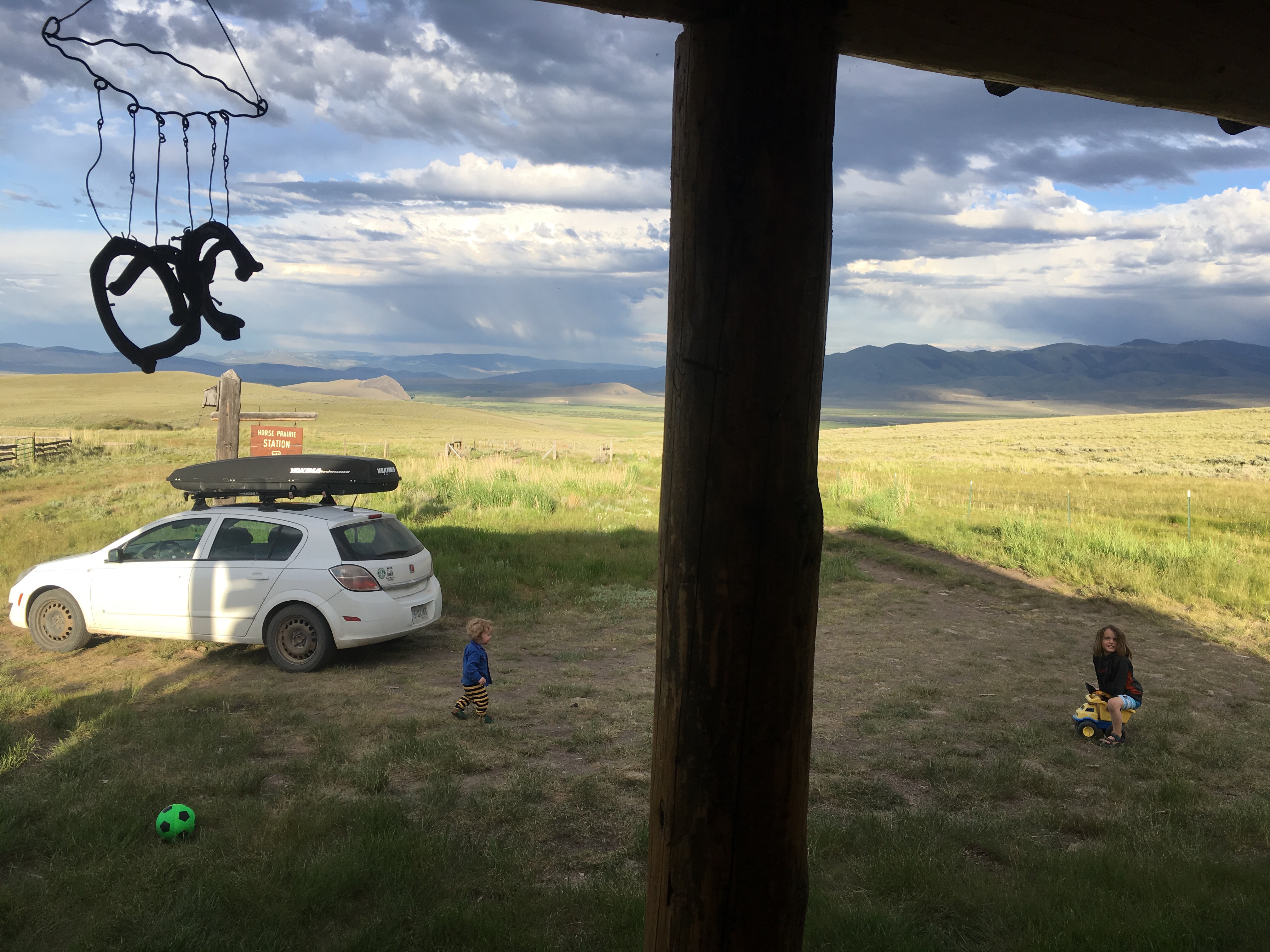 The US is set up for cars, with the overwhelming majority of prospective destinations not lending themselves to non-private motorized transportation.  If in places like Alaska the wilderness can make hard to get to the wilderness, in the lower 48 the great ocean that is rural America usually makes it hard to get anywhere else.  For this reason some places can feel very remote indeed, even if you’re only a few miles beyond the trailhead; Big Sandy in the Winds, for instance, or Choprock in Escalante.  Add winter weather, and even pavement can be drafted into the wilderness.  During several long drives home from the east side of Glacier and the Bob, riding on the teeth of a storm, unpredictable whiteouts have reduced me to 30 mph with right tires firmly planted the rumble strip, for security when visibility suddenly plunged from 100 meters to 2.

It is logical to get a car big enough to fit all your stuff inside, for security, protection for the elements, and aerodynamics, until you do the math on the dimensions of some of those items, how often you’ll need so much space, and, as important as any other reason, how stinky much of that stuff often is.  A roof box solves all three of these issues.  It should be easily removed and stowed in a garage.  It should be long enough to fit (for instance) 210cm classic skis, and other things which don’t stow well in all but the largest vehicles.  And a roof box is necessarily separate from the passenger space, making it an ideal location for soggy clothing, ripe wetsuits, and muddy boating gear.  The gear itself, and the interior of the cargo box, can be hosed out when convenient and then dried quickly in the sun.

The Rocketbox was essential for organization when M and I were living out of Xterra.  It held all of our trekking, camping, and climbing gear securely and out of the way.  With creativity and a few mods we were able to fit the box and three bikes on the roof (with 48 inch cargo bars).  The box was merely convenient when we lived in a house in Arizona with the same Xterra as primary vehicle, mostly because gear dried so fast in the southwest, and we didn’t do much skiing.  The box, on the same vehicle and with the same living setup, was more important once we moved to Montana, and has become absolutely vital since adding a hatchback and first one and then two children to the mix.  Today, we’ve had enough practice that we can do a week on the road, camping exclusively, with climbing and packrafting gear in tow, and fit everyone in a small (by US standards) car.  With summer sleeping bags there is even space to see out the back window.

In 1999 Yakima made three cargo boxes.  Today they make 9, with only two being comparable (long enough to hold skis, narrow enough for multiple bikes or a boat additionally on the roof).  Wider, shorter boxes seem the fashion, and the worry-free tailgate clearance they provide seems to me a poor choice given their limitations in all other areas.  The other lamentable development is in dual-side opening, the hardwear for which takes up considerable interior space.  Back in the day, the most popular box (the Rocketbox) was available in left or right opening, the other two in right only, which seems like the pragmatic choice anywhere other than New Zealand and Britain.  If the original weren’t still going strong, minus a bit of sun fading, I’d be tempted to look on the used market.

As is, I can’t imagine living without one.  It is the primary car accessory for almost any outdoor activity.