A lot of gear upgrading is malarkey, born of boredom or fashion or envy or lust or some other vaguely protestant shortcoming. Buying new stuff is fun, usually harmless in that postmodern capitalist headinthesand way, and sometimes even justified, but most often little substantive reward is gained. That jacket was probably not quite as warm or waterproof as the new one, but would have lasted another couple years. The old bike tires worked almost as well as the new. That old pack carried just fine if you were actually in shape.

Thankfully, there are areas where this is simply not the case, and one can invest in richly made tools and toys which both function so much better and give immense aesthetic pleasure. It is good to live in a world, suffused in money that it is, in which such things are still possible. Where buying a given item will legitimately spur you to get better at a given activity. 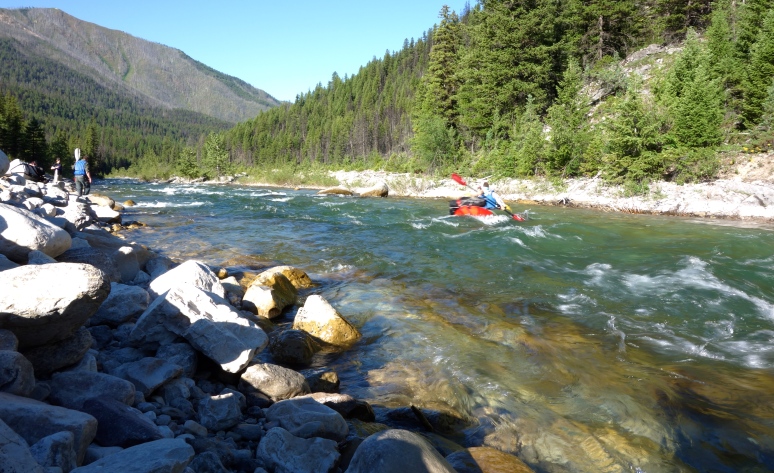 A Werner paddle will make you a better paddler. Even the four piece jobs, which are essential when buying an all purpose packrafting paddle, have an astonishingly imperceptible degree of flex, and transfer human power straight to the water with astonishing directness. They give you no excuses, either, both a blessing and a curse. Paddle one in hard-for-you water and you’ll realize plainly that the missed lines and blown boofs are your fault, and your fault alone. Better paddle more and get better, which will give you a great excuse to use your rad new paddle.

When I acquired my 210cm Shuna, Werner was not yet regularly making their whitewater paddles, which feature burlier blades and blade/shaft connections, in four piece models. Thanks to packrafters, they do now, but were I buying again I’d still get the lighter Shuna. The blade is very dinged up, but only cosmetically, which is impressive given the last three years of abuse. I appreciate the lighter swing and packed weight of the “touring” Shuna. If you bought your Alpacka with a bunch of extras bent on getting gnar, the similarly sized Sherpa would be a good choice.